WHILE MANY “FILTER” APPS FOR SMARTPHONE CAMERAS MERELY ADD CARNIVAL EFFECTS TO PHOTOS, faking everything from poor processing to light leaks, some really intriguing work has been done by programmers who create “emulsion emulations”. That’s geek-talk for simulating the look and texture of certain old film stocks, making it possible to make a new-old picture freed from the film era’s messy chemicals and wizardly calculations. These instant touch-ups are still limited in scope, but in a real time shooting situation, they do offer you a wide variety of looks that may enable a good shot to graduate to a great one. 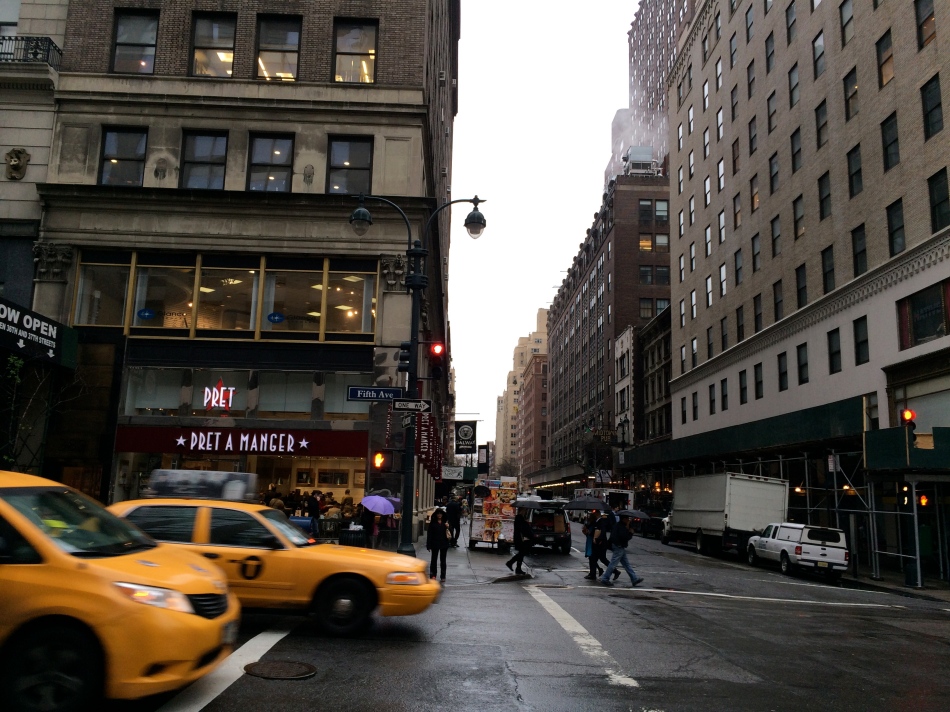 Straight out of the camera color original of a Manhattan street scene.

One such emulation, found on the excellent Alt-Photo app for iPhones, gives a great imitation of the look of the world’s most successful black & white film, Kodak’s beloved Tri-X. Introduced in the 1940’s as sheet film purely for professionals at about 200 ASA (ISO), Tri-X was adapted to popular camera sizes like 35mm and 120 in the ’50’s, and was amazingly popular with pros and ams alike, mostly because of what, by Eisenhower-era standards, was its blindingly fast speed. Consider that Kodachrome of the time was rated at a lowly 25 ASA and you can see why newshounds and magazine shooters flocked to Tri-X, as it made it possible to shoot in extremely low light with handheld settings. Fewer tripods and flash meant more mobility and versatility. Home run. 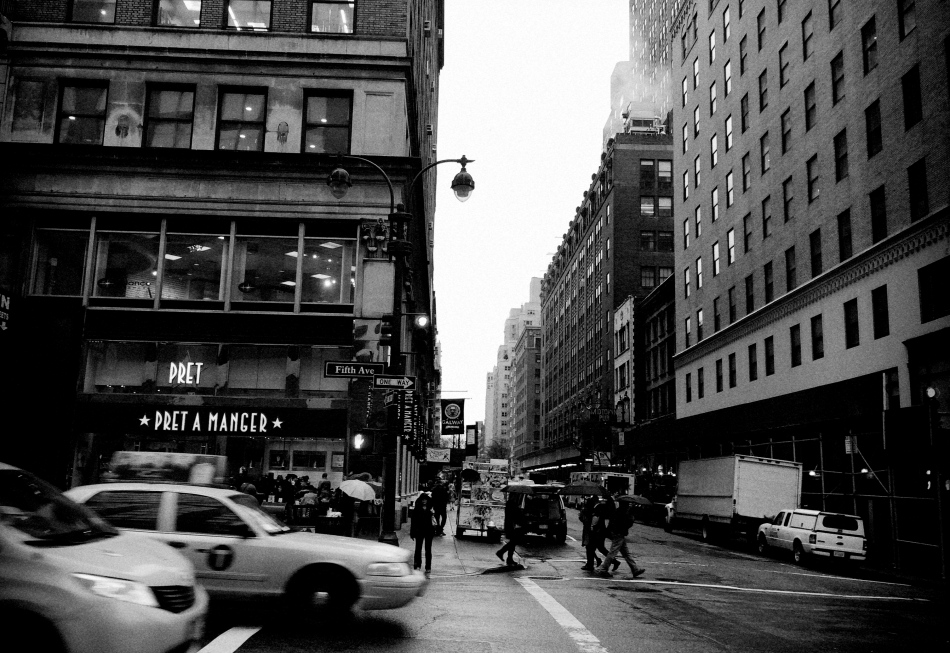 Same shot as above with the Alt-Photo app’s Tri-X filter.

By the 60’s, Tri-X went to 400 ASA, and many labs were able to offer “push” processing to over 3000, expanding its range even farther. As the film became nearly universal, so did its signature grain, a by-product of its light-hungry formula. Today, Tri-X is once again a mostly professional film, and the creators of phone apps are happy to offer a fairly good facsimile of its contrast and grain as a post-processing filter. I have begun to dabble in it for street subjects, particularly ones that appear too warm or welcoming in color. As with any of these effects, the Tri-X look is only right for certain shots. If the image itself is not strong or compelling to begin with, dabbing on the retro won’t bring forth a miracle.

But you knew that.

This entry was posted on April 20, 2014 by Michael Perkins. It was filed under Uncategorized .