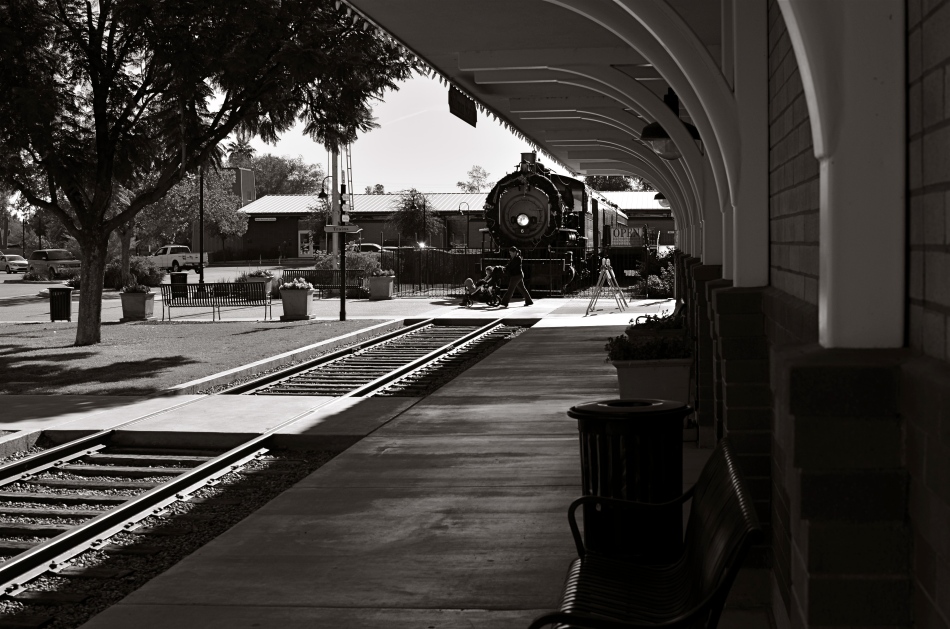 It’s wide. It’s sharp.Its proportions are natural. What else do I need in this image, shot with a 35mm prime lens, that dictates shooting it with a wideangle zoom?

SOMEWHERE BETWEEN THE END OF THE FILM ERA AND THE DAWN OF THE DIGITAL AGE IN PHOTOGRAPHY, there was a profound change in what camera manufacturers defined as a “starter” lens for new owners. Many shooters, including your humble scribbler, have wondered just why an 18-55 “kit lens” zoom became the glass that was included with the purchase of a digital SLR, when the baseline lens for film shooters had most typically been a 35mm prime. This is especially puzzling since the kit lenses sold by many makers are optically inferior to a prime in several key respects.

Primes, or “normal” lenses, have one focal length only, and so cannot zoom at all, but they out-perform many of today’s zooms on sharpness, clarity, speed, aesthetic blur (or “bokeh”), and portability. Their proportions are more similar to those seen by the human eye (thus the “normal” tag) and so do not create distortion at, say 24mm, a range at which some banding creeps into a zoom at the same focal length. They also will not exaggerate front-to-back distances as seen in a super wide-angle, meaning that an 8×10 room does not resemble a bowling alley.

So what does a wide-angle zoom bring to the party? Not much, beyond the convenience afforded by zooming out with the twist of a barrel, filling your frame in seconds but, ironically, making you less mindful of the composition of your shot. The few extra seconds needed to compose on a lens that can’t zoom means that you act more purposefully, more consciously in the making of an image. You, and not the lens, are responsible for what’s included or cut.

But let’s assume that you want the kit lens for its wide-angle. This is also no problem for a prime lens. Yes, it’s as wide as it will ever be at a single focal length, but you can change what it sees by just stepping backwards. A 35mm prime is plenty wide depending on where you stand. It’s not like you can’t capture a large field of view from left to right. Just place yourself in the right place and shoot.

Yes, there are times when physical restrictions dictate “jumping the fence” by using your zoom to take you where your legs won’t go, but you can count those occasions on half the toes of a frostbitten foot. Look at the above shot. What else do you need in the shot that would require a wide-angle zoom to capture? And if the zoom can only open to f/3.5 at its widest aperture, why not use the prime and gain the ability to go all the way to f/1.8 if needed?

Here’s the deal: if you can walk to your shot and use a better, less expensive piece of glass once you get there, why use a zoom? If you can avail yourself of remarkable sharpness and fill your frame with everything you need, free of distortion, and gain extra speed, why use the wideangle? Huh? Huh? Riddle me that, Batman.

This entry was posted on December 4, 2014 by Michael Perkins. It was filed under 35mm, Composition, Prime lenses, Wide-Angle and was tagged with Kit Lens, Normal Lens, Prime lens, Wide-Angle, Zoom lens.