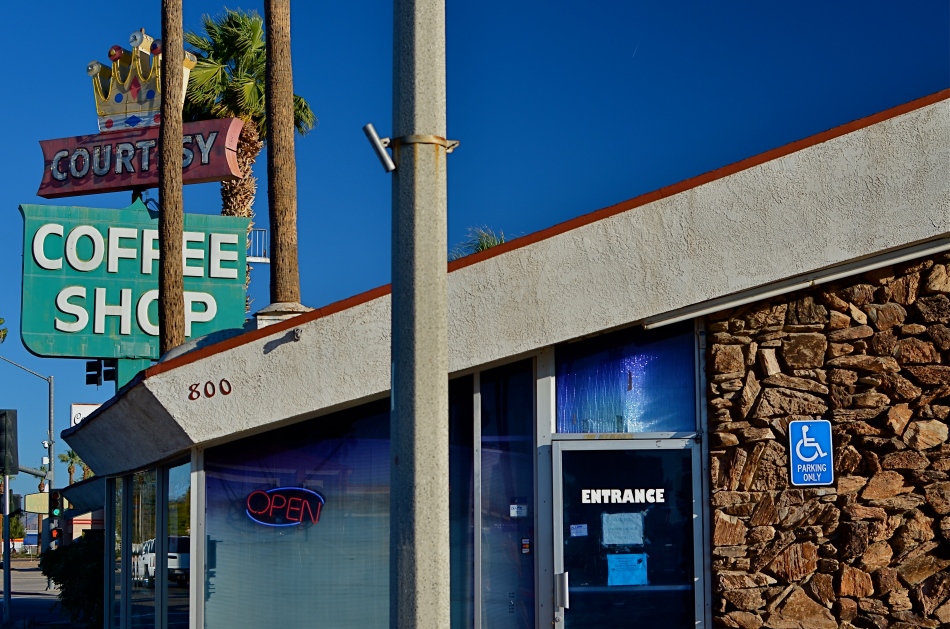 IN HIS WONDERFUL 1960 ROAD JOURNAL, TRAVELS WITH CHARLEY, John Steinbeck, author of The Grapes Of Wrath, Of Mice And Men and other essential American novels, laments the passing of a kind of America in much the same way that a roving photographer might. “I wonder”, he wrote as he motored through one vanishing frontier after another, “why progress looks so much like destruction.” That’s a sentiment that many a shooter has experienced as he pans his viewfinder over the various fading scenes of a constantly changing nation.  Steinbeck sang his ode to these vaporized hopes on the printed page. We freeze their vanishings in a box. 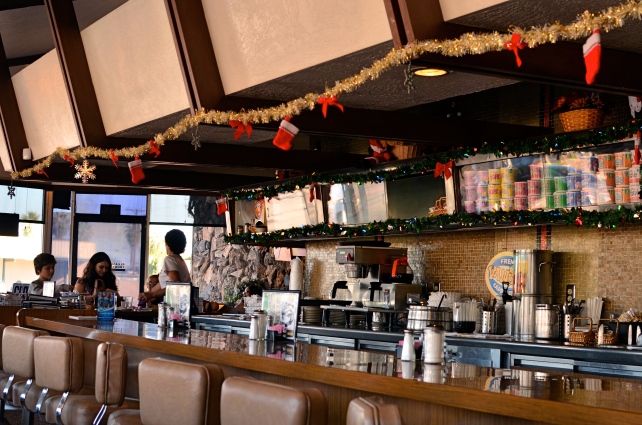 However, capturing changes in a rambling big hulk of a country encompasses more than merely mourning the loss of a forest or the paving of a paradise. Photographic testimony needs to be made on the evolution of even the America we feel is vulgar, or ugly, or strange, as well as on the disappearance of the buffalo. There can be a visual poignancy in seeing even our strangest, most misbegotten features dissolving away, and great picture opportunities exist in both the beautiful and the tawdry.

One of the strangest visual cultures that we see cracking and peeling away across the USA is the culture of eating. The last hundred years have seen the first marriage between just taking a meal and deliberately creating architecture that is aimed at marketing that process. Neon signs, giant Big Boys shouldering burgers, garish arrows pointing the way to the drive-through….it’s crude and strange and wonderful, all at the same time, and even more so as its various icons start to fall by the wayside.

The Courtesy Coffee Shop, baking in the desert sun just beyond the Arizona border in Blythe, California, is one such odd rest stop. Its mid-century design, so edgy at the start of space ships and family station wagons, creaks now with age, a museum to cheeseburgers and onion rings of yesteryear.  Its waitresses look like refugees from an episode of Alice. It recalls the glory days of flagstone and formica. And they’ve been doing the bottomless coffee cup thing there since the Eisenhower administration.

Steinbeck, were he on the road again today, might not give a jot about the passing of the Courtesy into history, but restaurants can be interesting mile markers on the history trail just as much as mountains and lakes. Besides, when’s the last time a mountain whipped up a  Denver omelet for you?

This entry was posted on February 2, 2015 by Michael Perkins. It was filed under 35mm, Architecture, California, Desert, Diners, Prime lenses and was tagged with 35mm, California, diners, Nostalgia, Restaurants, southwest, travel.