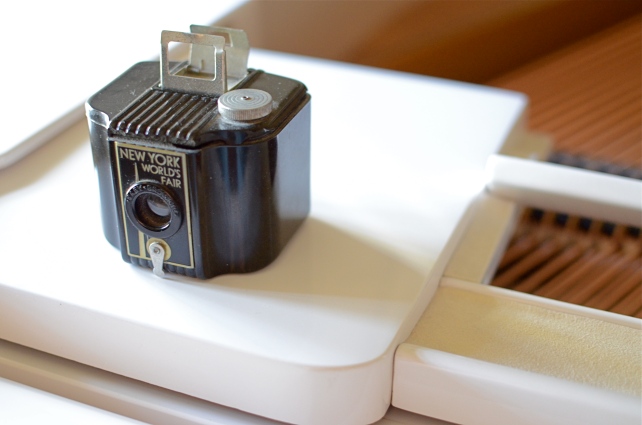 We all start with light and a box. From then on, anything can happen.

THE BEST SELLER LIST IS THE FASTEST WAY to cement a notion in the public’s mind as indisputable “fact”. We are great at quoting a concept captured in print, then re-quoting the quote, until the “truthfulness” of it becomes plausible. It’s basically a version of the statement, “everybody knows that..” followed by a maxim from whatever hardcover pundit is top in the rotation at a given moment. And it’s about as far from accuracy as you can get.

Ever since pop-psych guru Malcolm Gladwell’s hit book Outliers arrived on shelves a few years back, its main thesis, which is that you need 10,000 hours of practice to become excellent at something, has been trotted out a thousand times to remind everyone to just keep nose to grindstone and, well, practice will make perfect. Gladwell cites Bill Gates’ concentrated stretch of garage tinkering and the Beatles’ months of all-night stands in Hamburg as proof of this fact, and, heck, since it ought to be true, we assume it is.

However, it’s not so true as it is comfortable, and, when it comes to photography, I would never hint that someone could become an excellent artist just by putting in more time shooting than everyone else. If my method is wrong, if I never develop a vision of any kind, or if I merely replicate the same mistakes for the requisite practice period, then I am going to get to my goal older, but not wiser. Time spent, all by itself, is no indication of anything, except time spent. Evolving, constantly learning from negative feedback, and learning how to be your own worst critic are all better uses of the years than just filling out some kind of achievement-based time card.

The perfection of photography is about time, certainly, and you must invest a good deal of it to allow for the mistakes and failures that are inevitable with the acquiring of any skill. But, you must also stir insight, humility, curiosity and daring into the recipe or the end result is just mediocrity. Gladwell’s magical 10,000 hours, a quantity measurement, is only miraculous when coupled with an accompanying quality of work.

There are people who know how to express their soul on their first click of the shutter, just as there are those who slog away for decades and get no closer to imparting anything. It’s how well you learn, not how long you stay in school. It ain’t comforting, but it’s true.

This entry was posted on April 17, 2015 by Michael Perkins. It was filed under Conception, Development, Experimentation, P.O.V., Perspective, Philosophy, Viewpoint and was tagged with Evolution, opinion, Point Of View, Technique, Viewpoint.