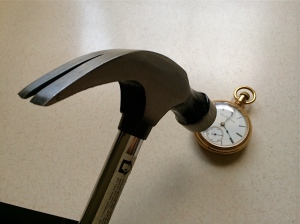 Photo processing should be a surgically precise tool, not a blunt instrument.

THE AIM OF PHOTOGRAPHIC PROCESSING has shifted drastically in the post-digital age, and not necessarily in a good direction. Those of us old enough to remember mastadons, horse-drawn carriages and analog film were certainly aware that images could be edited or enhanced after the fact, conjuring up, say, memories of airbrush artists smoothing away chicken-pox scars from the shoulders of Miss January. We knew some of the magic happened in the lab.

Likewise, we knew that even the top masters did lots of tweaking in the darkroom prior to publication. The emphasis, however, was largely on perfecting an essentially strong picture, to make a good thing better/great. However, that emphasis is now placed, far too often,  on trying to “save” images that were executed poorly in the first place, bringing marginal work up to some kind of baseline par of acceptability. That’s like the difference between polishing a Steinway and repainting a toy piano.

So, here’s my plea to those laboring to rescue their misbegotten babies in editing programs: Don’t repair. Re-shoot.

A good deal of the quick-fix buttons on editing programs should be marked with glowing red asterisks, with the following disclaimer at the bottom of the screen: WARNING: By using this change, you will fix your first proplem and create a different one somewhere else within your photograph. Let’s face it, no corrective action in editing happens in isolation. It must create a ripple effect, major or minor, in the final look of the image.

Use the “straighten” button for your misaligned shots, and they will lose sharpness. Suck out the darker shadows and your picture could lose dynamic range. Oversharpen your pictures and they will look harsh, with an unnatural transition between light and dark values. Reduce the noise in the image and it may appear flat, like pastel paint slathered on blotting paper.

Or here’s a radical notion: do all your thinking and planning before the shutter snaps. Yes, I know, I sound like some old schoolmarm scold, but please, can we at least consider the idea that there are no true shortcuts, that there can be no magical substitute for knowing your gear, developing an eye, and putting in the practice time required to make a photograph?

We once believed that patience was a virtue, that skill and mastery were more important than instant gratification. Know what? All of the greatest photographers still believe those things. And their work shows it.

This entry was posted on June 27, 2015 by Michael Perkins. It was filed under Conception, editing, Framing, Noise, P.O.V. and was tagged with Composition, Conception, Editing, Photoshop, post-processing.