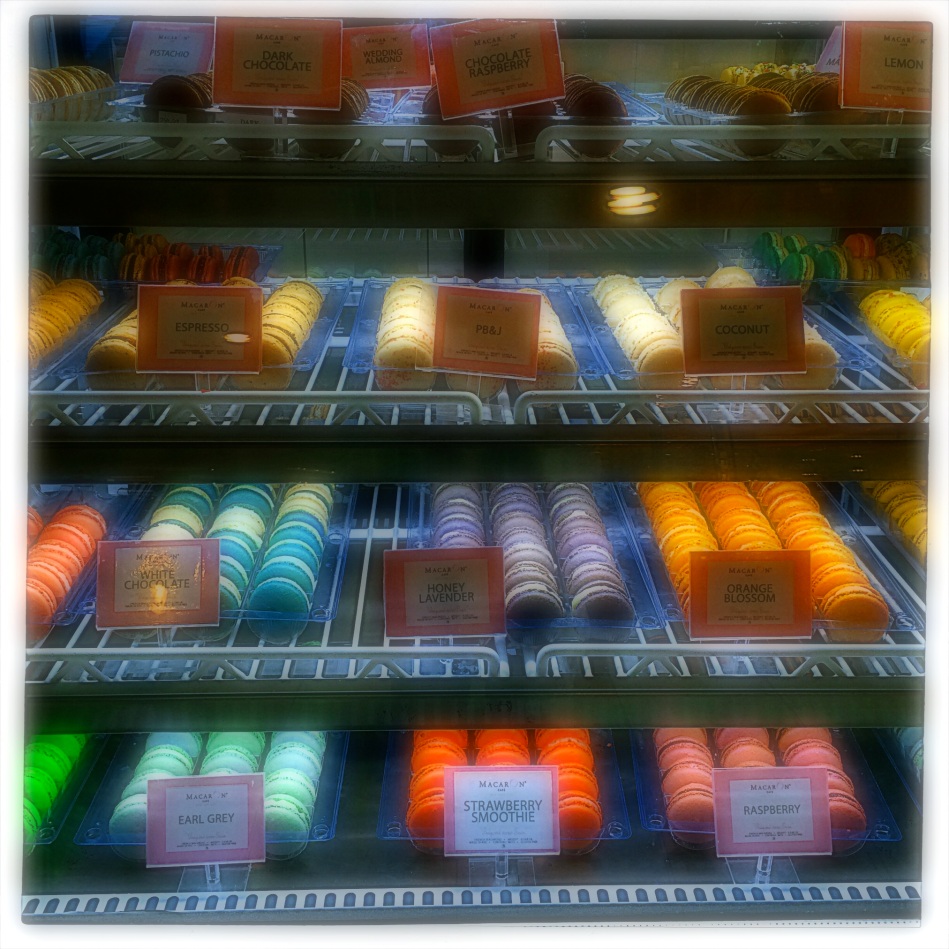 These uber-cupcakes didn’t look nearly seductive enough in reality, so I added a gauzy layer in SoftFocus and a faux Technicolor filter in AltPhoto.

ONE OF THE MOST FREEING THINGS about digital photography, especially in the celphone era, has been the artificial synthesis, through aftermarket apps, of processes that used to require lengthy and intricate manipulation. Much has been written about various apps’ ability to render the look of a bygone film stock, an antique lens, or a retro effect with just a click or swipe. The resulting savings in time (and technical trial and error) is obvious in its benefit, as more people shoot more kinds of images in which the shooter’s vision can be realized faster, perhaps even more precisely, than in the days of analog darkrooms.

Okay, now that the sound of traditionalists’ heads exploding subsides, on to the next heresy:

The creation of the so-called Orton technique by Michael Orton in the 1980’s was a great refinement in effects photography. The idea was simple: take two images of a subject that are identical in every spec except focus, then blend them in processing to create a composite that retains rich detail (from the sharp image) and a gauzy, fairy-tale glow (from the softer one). The result, nicknamed the “slide sandwich”, was easy to achieve, even for darkroom under-achievers. The most exacting part was using a tripod to guarantee the stability of the source images. Looked nice, felt nice.

Early on in digital, editing suites like Photomatix, designed to create HDR chiefly, also featured an option called Exposure Fusion, which allowed you to upload the source images, then tweak sliders for the best blend of sharp/no sharp. And finally, here come the soft-focus phone apps like Adobe Photoshop Express, Cool Face Beauty, Camera Keys, and yes, Soft Focus, allowing you to take just one normally focused shot and add degrees of softness to it.

Caveat emptor footnote: not all these apps (and there are many more not cited here) allow you to begin at a “zero effect” start point, that is, from no softening to some softening. They start soft and get softer. Also, most allow basic tweaks like brightening and saturation, but that’s about it. If you want to add contrast or something sexier, you may have to head back to the PC.

The important thing about softening apps are: (1) they save time and trouble in the taking of the source image, of which you only need one (which can be handheld now), and (2) they don’t so much as soften the master image as layer a gauzy glow over top of it.You either like this or you don’t, so, as Smokey says, you better shop around. Gee-whiz factor aside, the old rule for gimmicks still applies: tools are only tools if you like and use them

This entry was posted on August 22, 2015 by Michael Perkins. It was filed under Apps, Conception, Effects, Experimentation, Post-processing and was tagged with celphone cameras, effects, Photomatix, post-processing, soft-focus.