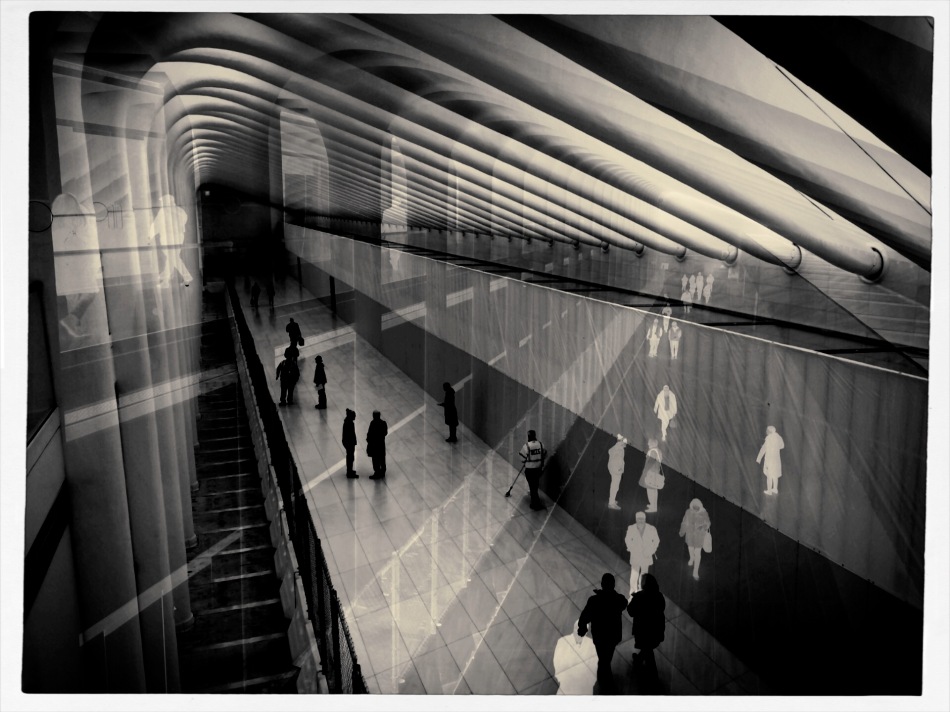 IT’S TRICKY TRYING TO TRACK THE HISTORIC ORIGINS OF PHOTOMONTAGE, or to even isolate great early practitioners of the technique. Suffice it to say that, ever since the development of the glass negative, people have wondered what it would look like if you stacked one of them on top of the other and printed the result. Opinions vary wildly as to whether the results of such experiments constitute madness or miracle…it’s a taste thing. One thing is clear, however: the mobile age presents easier means than ever before for diving in to the montage pool and creating fast experiments at a fraction of the hassle experienced in film days.

(Now is the part where you decide whether that’s a good thing…..)

One of the top benefits of phone-based cameras is the huge number of highly responsive apps targeted at the tinkerer, the guy who wants to try just one more filter, one more effect, or a grand mash-up of everything together. Unlike the days of lab-based development and printing, digital montages are almost an immediate thrill. Better still, they can be re-imagined and re-done with the same short turnaround time inherent in all digital processes. That means that certain types of shots that would have priced themselves out of many a film shooter’s budget or know-how in Film-World are now just givens in Digital World.

(Now is the part where you decide how you feel about that…..)

If the same tools for experimentation or interpretation are in everyone’s hand, then such effects are no longer judged as wonderful just because they are rare, or novel, but for how well they are employed. In fact, a gimmick like photomontage can quickly become tiresome if over-used or under-inspired. The sample shots in this post are two-image composites processed on an app called Fused, which allows two photos at a time to be overlaid and custom-blended for a variety of contrast and color tweaks. Sometimes the effect can help pictures which are totally dissimilar find some common bond, but, at least for me, about 90% of the blends I try are kinda meh and are sent to the Phantom Zone faster than you can say “well, that didn’t work”. You can’t force the linkage just to be arty (well, of course you can, but..).

Pocket mash-ups are just one more way to untether photography from “reality” (whatever that is), and channel it into a personal form of abstract expression. That means it’s all about you. So what’s not to like?

This entry was posted on May 28, 2016 by Michael Perkins. It was filed under Apps, celphone cameras, Digital Photography, Experimentation and was tagged with apps, double-exposure, mobile photography, photomontage, processing.