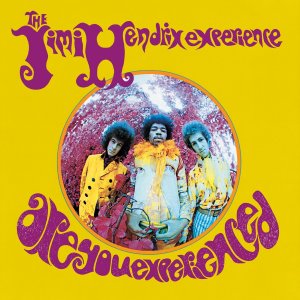 Perhaps the most famous “fisheye” image in pop culture.

THE FISHEYE LENS, that ultra-wide hunk of glass whose images seem inscribed within a circle rather than a rectangle, have earned a bit of a bad rap among serious photographers over the years, perhaps because of either mis-use or over-use.

Let’s face it: of all the optical effects available to the average shooter, the fisheye shot is one of the most dramatic in its distortion of reality. It’s almost guaranteed to make your image about the look, which is where content starts to matter less than mere novelty.

Fisheye fever saw its peak in the swinging ’60’s, when such shots were intended to suggest a kind of sensory dislocation, the visual equivalent of a psychedelic state. The cover of Jim Hendrix’ Are You Experienced was perhaps the most popular example of such “weird-for-weird’s-sake” photography, with main subjects sitting at dead center, surrounded by severe barrel distortion that radiated out toward the edge of the circle, making even close objects seem distant as they softened into a haze of chromatic aberration at the extremes. Far out, man. 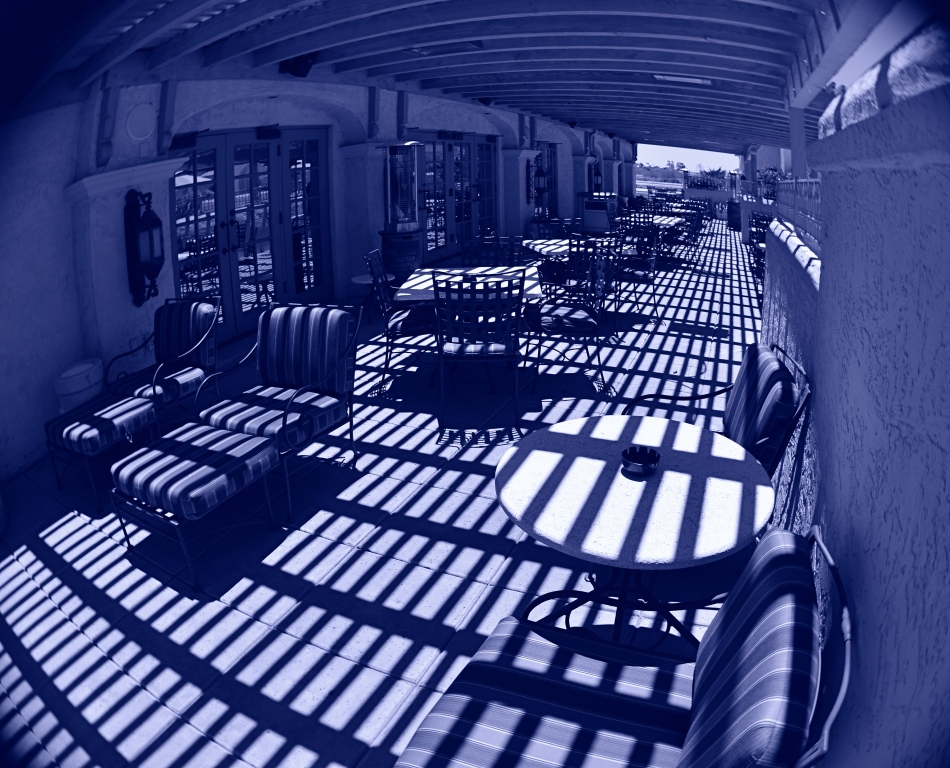 Cyan Veranda (2016). Curbing the extremes of the fisheye effect with composition and angle. This shot was made with a Lensbaby fisheye optic installed in a Lensbaby Composer Pro lens assembly, far less expensive than the classic “dedicated” fisheye.

These kaleidoscopic pictures tend to render such arbitrary boundaries as walls and horizon lines moot, and telegraph the photographer’s message that it’s all about getting your freak on. However, I think that fisheyes, when used like other wide-angles, can add graduated elements of distortion and distance exaggeration that need not be the only visual message in an image. Making a left or right edge the “center” of the shot, for example, can reduce the intense bending-in, while raising the camera up or down can render a horizon line almost normal, with a little tweaking for dramatic effect.

Ultra-wide images need not be all about the patented fisheye “look”, which can be, frankly, fatiguing, just as shooting in hazy focus or HDR might, were you to do nothing else. It’s the point at which an effect ceases to be a tool and starts to actually put barriers between your subject and your viewer, which is seldom good. What is good is that a “dedicated” fisheye (one which cannot deliver a standard image), still one of the most expensive pieces of glass available, is no longer a mandatory investment, since even lo-fi film cameras, entry-level art lenses and even phone apps can create the look cheaply and quickly, allowing one to dabble without adding on a second mortgage (beware the poor quality in the truly cheap ones, however). Optical tricks are, well, just that. Optical techniques can amplify, rather than disguise, your visual messages.

This entry was posted on July 15, 2016 by Michael Perkins. It was filed under Angle, Depth Of Field, Fisheye, Perspective and was tagged with barrel distortion, effects, exaggeration, fisheye lens.