YOU’RE IN THE PICTURE

THE BEST PHOTOGRAPHS ARE NOT STAND-ALONE WORKS OF ART, BUT CONVERSATIONS BETWEEN ARTIST AND AUDIENCE. You don’t just stride up to that framed image on the wall and let its wonderfulness wash over you; you bring what you have been, over a lifetime, to it, comparing those two entities side by side, and even assigning your own truth to the photo, “deciding” what it means. The pictures don’t speak to you: you debate with each other.

Think about the images that, over a lifetime, have reached you in the deepest way. Did those photographs bring you something that you didn’t already have, or was it echoed, defined, re-purposed, based on who you’ve been thus far, or how you see? How else to explain why a picture moves one person to tears, while it leaves another completely nonplussed? Of course, some photographs almost accidentally produce a similar result to a wide variety of viewers, but there are far more of them where the messaging is muddled, imprecise.

And that’s a good thing. 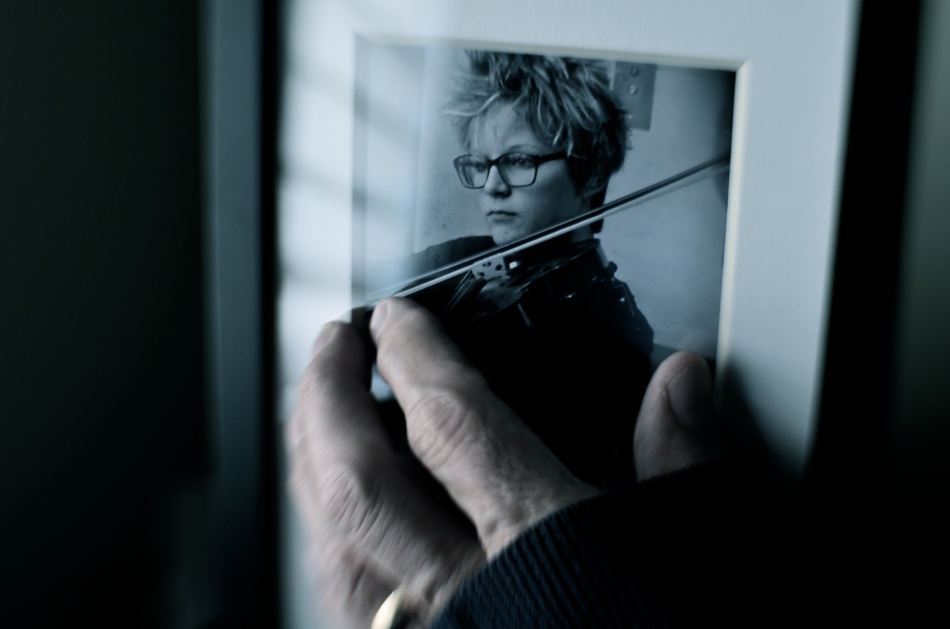 One way to repurpose a photograph is to make it part of another photograph. Or not.

I made the above image several days ago purely as an experiment, using an earlier one of my pictures as a prop within what’s obviously a staged shot. The completed “new” photograph was part of an assignment by an image sharing group I belong to, which laid down several elements that had to be in the final picture: a hand covered by something, that same hand touching something, and a de-saturated color palette. Beyond that, I had complete control of how those elements would be combined or interpreted.

The reason I began to play with some older pictures was chiefly to see if I could take a photo made with one specific mood in mind and re-purpose it within a new context, making the image elicit something completely different. So, without further background or explanation, the challenge to you: what does this particular image (which has an older image within it) convey to you, if anything? What is the dominant mood or the implied backstory? And even if what you’re seeing is not the same as what I set out to “say”, does the picture have any relevance for you personally? Does it have any narrative value, or is it merely an exercise in technique?

Context isn’t everything in a photograph, but neither is any image is absorbed in a vacuum. We color our approach to it in some way, becoming, in essence, its co-creator. You may not be in the frame, but you’re definitely in the picture.

This entry was posted on April 29, 2017 by Michael Perkins. It was filed under Abstract, Conception, Experimental, Interpretation and was tagged with Interpretation, recycled photography, repurposed image.