GETTING PAST IT ALL 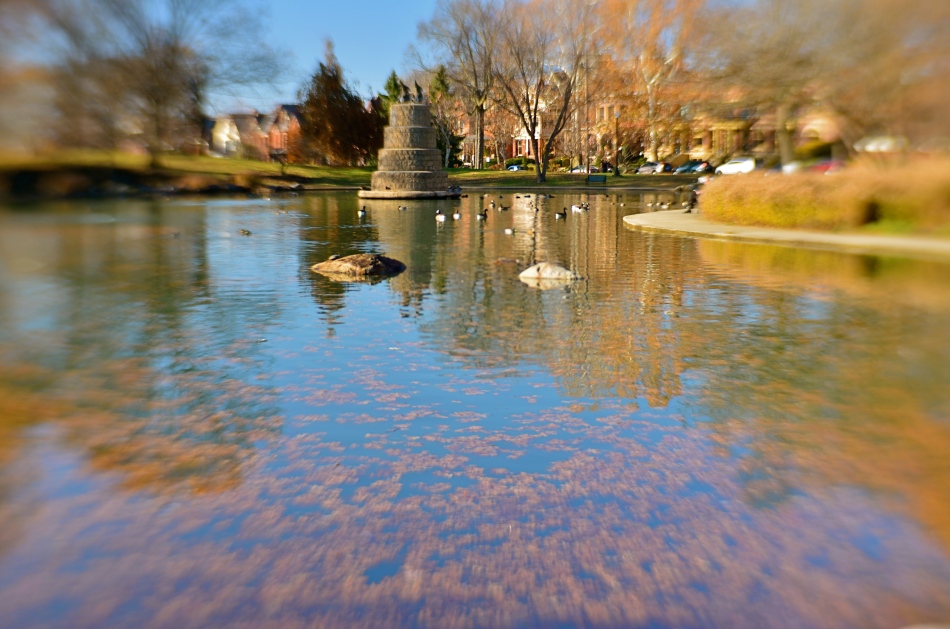 Is this image of a city park any less “real” than my childhood memory of it?

SOME MEMORIES ARE BURIED SO DEEPLY in our mental archives that, like old snapshots, they deteriorate, browning along the edges, retrieved only in imprecise or incomplete detail. Ironically, these mainstays of our very personhood evolve over time from fact into folklore, rendering fundamental, formative events unreliable, suspect.

And if one’s personal memory of a time or place is less than “actual”, what about photographs of the places where those imperfect memories were forged? How can camera images of battlefields, home towns, even one’s childhood home record anything real beyond physical dimensions?

The park in the above picture first entered my consciousness in the late 1950’s, when my mother had medical appointments a block away and my father walked me around the perimeter of the pond to kill time while she lingered in the waiting room. I recall very specific things about tile mosaics of fish set in the concrete walkways around the water, and a few flashing impressions of a nearby cafe which no longer exists, but that’s pretty much the sum total of my memories of the place.

So, as a photographer in 2017, how do I even attempt to make a visual document of this locale? Any specifics of my own experiences here have been smeared and sandpapered until they only represent a part of a part of the real story. Shouldn’t I, in fact, sort of “free-associate” the scene, assuming that any fresh impressions are at least as trustworthy as my moth-eaten memories of it? Since I can’t reasonably capture a faded dream, isn’t the dream realm where I should draw for the missing pieces?

We only suppose that a camera, which at one level is a mere recording instrument, will act as an objective reporter on the current sites of our old adventures. But that’s the problem. It can only take measure of things as they are, not the unique mix of fact and fable that passes for experience in our imperfect minds. And so we frown at the results and mutter, “it’s not like it was…”

The reply to which should be: how would we know?