GIVEN THAT THERE’S AN ELEMENT OF CHANCE in even the most carefully planned photographs, it’s tempting for me to think of some pictures as pre-existing, like a piece of fruit that might well hang on a tree forever unless you happen to walk by and pick it. People sometimes refer to such images as being “captured”, but maybe “harvested” is a better word.

That would explain the photographs that you don’t, or can’t plan, the ones that are unbidden but also undeniable. Of course you don’t ever have to take a picture, but under the right circumstances it can sure feel that way. 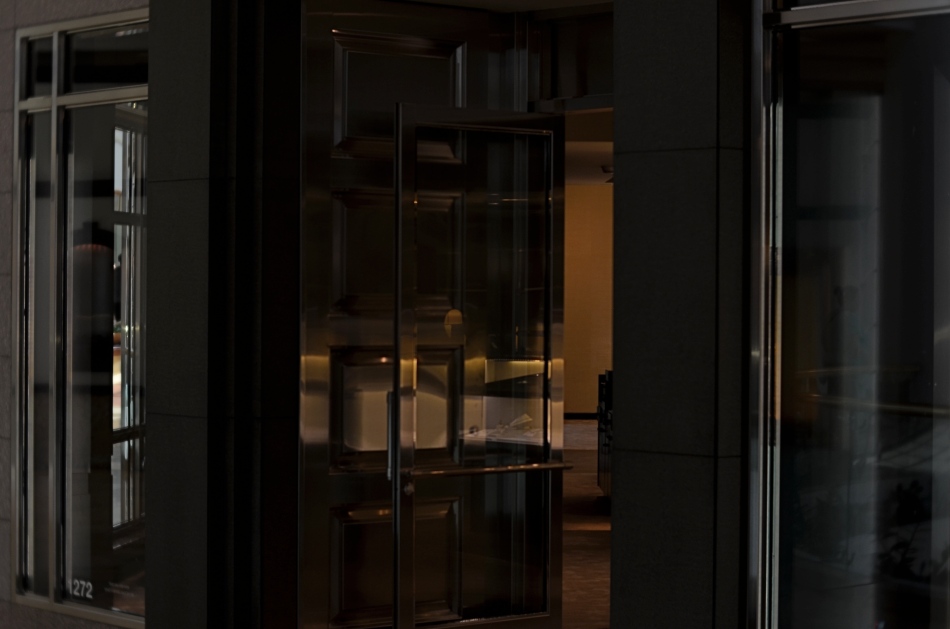 Which leads me to this image. I don’t understand a thing about it except that I had to take it. I can’t offer a thrilling backstory about its creation because I wasn’t its “creator”. I likewise can’t offer a thoughtful analysis or provide the illuminating context that makes its message shine forth. Honestly, this picture isn’t “about” anything, despite the fact that I’d love to spin you a thrilling tale, some revelatory saga that reflects my sheer genius. But eventually, the picture isn’t anything but, well, this picture.

In an instant, as happens to everyone, I had a second to decide to buy or not buy, and I bought. God knows why. We all love to think that everything in art happens for a reason, as part of a plan. We can often shy away from “pure” or “absolute” photography, but, if we’re honest, we can’t explain all of the images we harvest/capture/ stumble onto. We love to think we’re always in charge of our process.

This entry was posted on May 29, 2018 by Michael Perkins. It was filed under Composition, Conception, P.O.V. and was tagged with Abstract, zen photography.