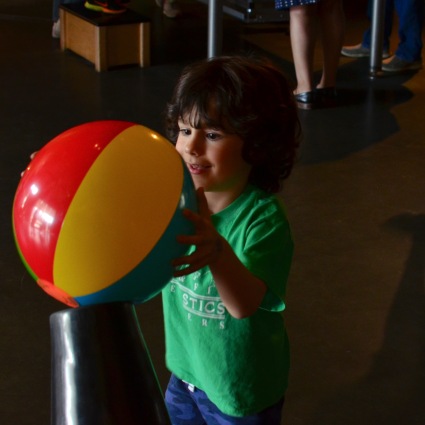 THERE ARE ENTIRE BOOKSTORES CRAMMED WITH TUTORIALS FROM PHOTOGRAPHERS who have developed what, for marketing purposes, is called a “style”. This is a catch-all word for the accumulated experiences, biases, tricks, shortcuts, philosophies or habits that inform one’s work, all of it showing up frequently enough to constitute some kind of artistic signature. It’s a list of “I usuallys” and “I almost alwayses” and ” I nevers”, and those of us who study the output of others can get into a bit of a trap over it.

We’d all love to be able to answer that tantalizing interviewer’s question, “what’s your personal approach?”, as if we could reduce what we do to a set formula. I certainly can’t do that with my own stuff, and I’m a little distrustful of those who figure that they’ve got themselves sussed out to the degree that they can define their style. Of course, just because I don’t think a single trait or phrase can sum up a photographer’s identity, it’s tempting to try to produce such a profile, like trying on a suit that you probably won’t buy just to see how it looks on you. That means that, occasionally, I wonder if (a) I have a discernible style at all, and (b) what its features might be.

I really can’t say that there’s an (a) at all for me, or at least one that I can discern. As for the (b) stuff, there are in fact things that I lean on or come back to from time to time, although they may not always serve what I’m trying to achieve. One very basic thing that I find myself returning to repeatedly is exposure, more specifically, under-exposure. If my work has anything like a consistent look to it, it’s probably in a predisposition to work with as little light as possible. Over the past thirty years, much of this may be attributable to having lived in the American southwest, a place so bleached in sunlight that I was forced long ago to drastically revise my idea of how much light I’d need for a given shot. These lessons were not only palpable but, initially, expensive, since my first disastrous outings out here as a tourist were shot on slide film, which was heinously unforgiving whenever I’d miscalculate an f-stop. We’re talking supernova white on entire rolls of film.

This is not to say that merely getting burned on a few runs of slides, all by itself, turned me toward minimalist exposures, but it sure as hell got my attention. Since I learned photography in the make-or-break era of film, I was already operating under a pretty mindful model of pre-planning strategy (fore-thought?) when it came to photo shoots, so that, once I transitioned into digital, while I was freed from the dollar smackdown associated with blown pictures, I still retained the habit of sweating shots before shooting them. I totally delighted in the fact that errors could be countered and corrected faster with the immediate feedback loop that was a given in digital, but I also still tended to purposely think of what the camera could and could not do, even without being bitten by mistakes. I began gradually to expose for the highlights, rather than worry about the loss of detail in darker patches. Get the parts that can ‘blow out’ right, I tended to believe, and most of the shadows will yield at least something in post-processing. I also experimented extensively with blending bracketed shots (a series of exposures of the same scene, ranging from bright to dark) in HDR or other processes, and that sometimes rescued a lot of dark information. Behind all of this was the belief that the only data you really can’t get back from a shot is the stuff you blew out from over-exposure. Shoot with less light and you’d be safer, generally.

In general I tend to control exposure by an adjustment of shutter speed rather than aperture, and to do everything manually, avoiding semi-automatic exposure modes like Aperture Priority, since, at least for me, they tend to over-expose. I see camera after camera whose auto settings deliver images that are much too bright and non-contrasty for my taste. This is uniformly true in the new generation of film-based instant cameras, many of which do not even allow the user to turn off the flash. Is my choice of exposure range a style, or just a mode of working? Certainly, I don’t perversely under-expose every shot I take, regardless of the conditions, so, to that extent, it’s not really a “signature” thing. Maybe it’s just like any other work habit, like always standing with your legs in a perfect “A” or constantly keeping a light meter at the ready….a starting point, a basis of procedure. I do know that there’s so much going on inside the head of the individual photographer that none of us can universally prescribe for each other. If it works for you, everyone else’s lip music is irrelevant. Bring even 50% of your original concept to your final picture and you’re a hero. Tools and techniques are only as valid as your work makes them.

This entry was posted on April 24, 2019 by Michael Perkins. It was filed under Aperture, Aperture Priority, Film and was tagged with Available Light, HDR.