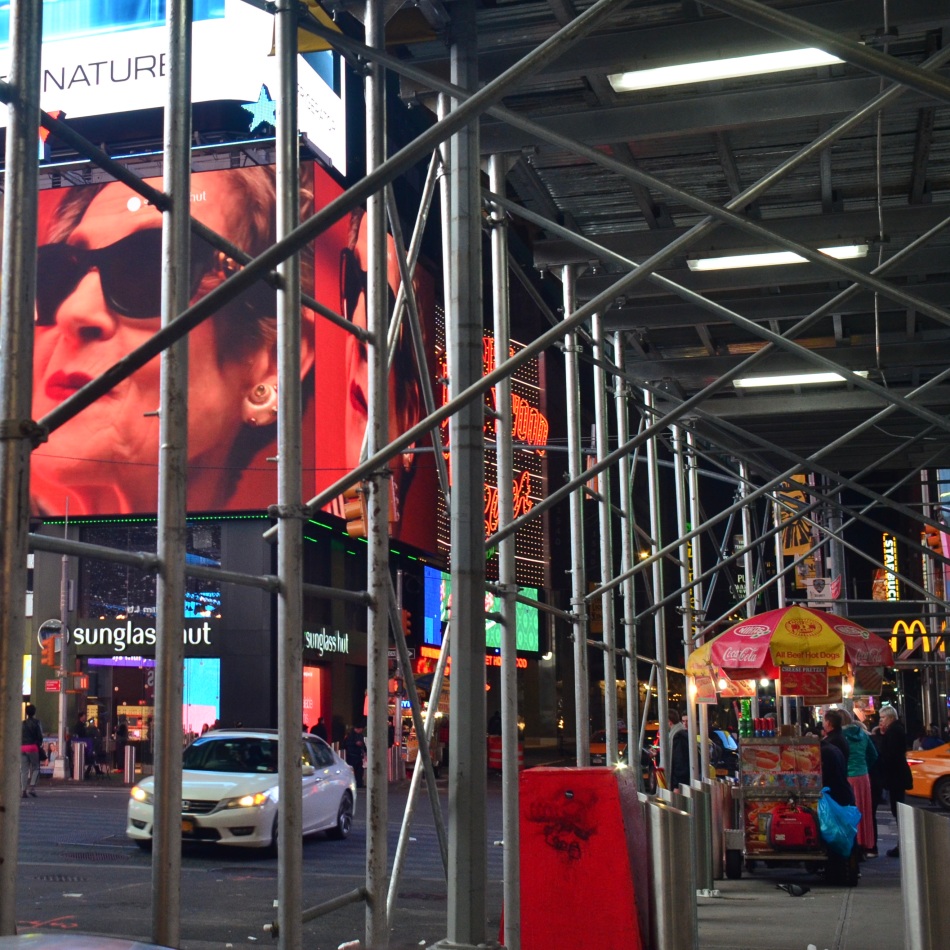 GREAT CITIES ARE NOT MUSEUMS, statically basking in their greatness as if showing off a finished product. Metropolises are as organic as the flesh and blood creatures they host, identified by their own signature breathing rhythms, seasons, vital signs. They are always in the process of becoming.

No city displays that work-in-progress ethos better than New York. It is always in dress rehearsal, while meanwhile always staging an opening night. Both the wrecking ball and the ribbon-cutting scissors are always ticking and tocking back and forth, opposite extremes of the same pendulum swing. It’s a constant thump/rest/thump/rest drum beat that, like its namesake, never sleeps. And that adds a stunning opportunity for showing contrasts in any kind of street photography.

NYC declares daily winners and losers, and since both its Newsmakers and the Yesterday’s News folks live cheek by jowl, images taken on Manhattan streets are almost guaranteed to show that juxtaposition. In the above image, the glitter of Times Square, easily the brassiest sector of the city, can easily be framed up alongside the ubiquitous “pipe” scaffolding that attends a million different renovations and remodels throughout the town. The city’s ongoing motto might well be, “hey we’re working on it”, as the undying American hunger for the new conducts a daily road race against eventual obsolescence. Photography is, primarily, built upon contrast, placing an infinite number of bright surfaces against an infinite number of darker ones, in intersections of light and shadow that define sharpness and focus. It seems proper, then, for the camera’s subject matter to define things through the comparison of opposites.

Of course, you needn’t live in Gotham to see such contrasts or to arrange them for maximum commentary effect in your images. The messages are everywhere, since it’s our essential diversity which makes photographs worth taking in the first place. As long as there is a palpable difference between this thing and that thing, compelling pictures will result. Everywhere, in every town, it’s always dress rehearsal, always opening night.

This entry was posted on January 22, 2020 by Michael Perkins. It was filed under Americana, Commentary, Street Photography and was tagged with Broadway, Times Square, urban neighborhoods.