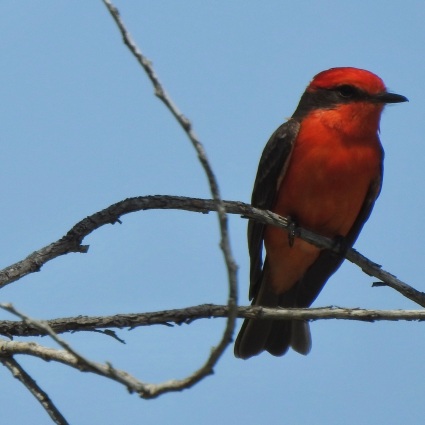 A bridge camera with “superzoom” capabilities can extend your reach for a reasonable price but also has its own limits.

IN REALITY, THERE IS NO SUCH THING AS “BREAKING IN” A NEW CAMERA. The device cannot think and therefore cannot be trained or “broken” to its user’s will, like some kind of wild mustang. Indeed, when it comes to a new pairing of photographer and gear, if anyone is being broken in, it’s you.

Consider: since only one participant in this relationship has an intellect, only that one can change or adapt. The camera or lens is designed to permanently perform to certain static specs. It just is. You must make your technique adjust to what the device can do, and, more importantly, what it can’t do. In fact, the whole “breaking in” process with new photographic equipment would go smoother were it to center on learning what said equipment is incapable of. I was recently reminded of this emphasis when I purchased a camera that is designed to do very specific things that my regular go-to camera cannot, but which, in turn, can’t do many of the things that I am accustomed to doing in everyday practice. Such is the so-called “bridge camera”, a hybrid between a point-and-shoot and a DSLR that features both strengths and limits of the original two categories. Again, the idea is for me to learn what I cannot expect from such a tweenie device.

In my case, I purchased the camera for its “super-zoom’ capabilities, specifically so I can enjoy my wife’s birdwatching hobby to a greater degree. And sure, the camera also comes packed with some of the same features as my default unit, but I will be creatively frustrated if I don’t learn what not to expect from the hybrid. It is succeeding at being a bridge camera, not failing as a DSLR. If anyone is going to have to evolve, it’s me. Everything to its own strength. I can’t go from zero to sixty in ten seconds in a 1968 VW Beetle no matter how badly I want to. However, it’s a helluva lot easier to park than my ’78 Eldorado. And so it goes.

The best cure for New Gear Awkwardness is to shoot, shoot, and shoot some more, especially in an era in which official documentation for cameras is increasingly scarce and experience is more important than diving into the user’s manual. You must admit to yourself that the majority of early shots with your new gear are going to stink, and just embrace whatever learning curve you’re speeding along on by getting all those cruddy images out of the way early on in the process. Getting a shot like the one seen above is certainly easier with a bridge superzoom, but these lenses also come with their own weaknesses and quirks, meaning that your ratio of ruined-to-righteous shots is waaay high at the start. The goal on many early days is to merely make, well, less badder pictures.

This process is consistent with photography in general. We adjust our creativity to the limits of the technology, rather than re-making it in our own image. It’s kind of humbling, but, as it turns out, when it comes to artistry, humble is a good place to start.

This entry was posted on July 19, 2020 by Michael Perkins. It was filed under Technique, Technology and was tagged with Cameras, Lenses.