AS A METHOD OF INFORMATION STORAGE, the human mind leaves a lot to be desired. We take comfort in the belief that our inner vaults contain flawless, “official” versions of our accumulated experiences, but, in time, we realize that our memories are, at best, unreliable narrators, and, at worst, bald-faced liars. Our master files, our records of “what really happened” are as riddled with drop-outs, jump cuts, and gravy stains as any other account that has been told and retold over time. Small wonder that the devices we use to aid our recollections, such as photographs, can, themselves either reveal or conceal varying editions of “the truth”.

When you pair imperfect beings with even more imperfect machines tasked with documenting the big deals in their lives, you get inaccuracy piled on inaccuracy. When we are feeling generous, we label the inaccuracies “interpretations”. When we more clinical, we call them “flawed”. Thing is, there are many parts of our lives that no longer exist in the physical universe, or are at least placed beyond our reach. Many of these parts have left no trace in the world except the images made of them. Our actual vacations, long gone, are supplanted in memory by our pictures of those vacations, eventually becoming that experience in a much more real sense than whatever fragmented mental archives exist of the true event. The pictures remain static, and thus seem permanent, fixed, but over time they will be judged against the changing context of our faulty inner files. 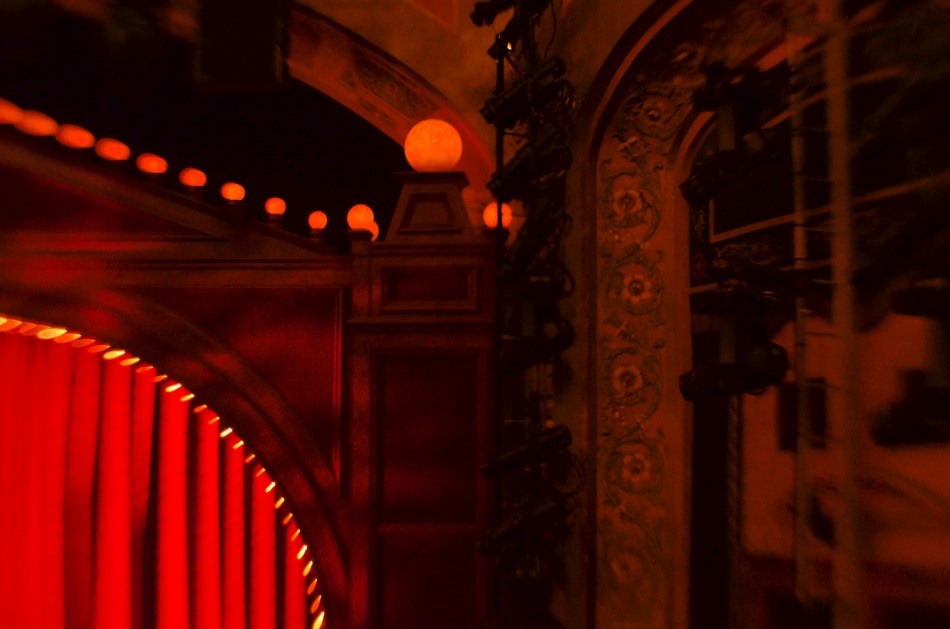 In the present era, when many of the things that we have captured in cameras are, for the moment, physically unavailable to us, the symbolic power of pictures of events past is amplified greatly. The image seen here, deliberately shot to be a bit dreamy, is open to multiple interpretations beyond the restricted scope of the original location. I know, mentally, that it was taken inside a Broadway theatre, but I can no longer swear to the name of the actual venue or what I saw there. In the absence of the fullness of my own memory, this picture has now become all theatres, in all cities, at all points in time. And while it looks like that’s what I was going for at the time, the point is that even the events that I believe I clearly remember are victims of my own brain decay over time, with the pictures I made of them expanded in their value, since they are now open to wider and wider impact as symbols. The pictures are less about what happened and more about the magic of what I prefer to have happened. The hard, clean line of reality is supplanted by the smudge of memory.

That is the amazing elasticity of a photograph. It is both truth and lie, symbol and substance. Photography is an art because it is so magically malleable, because an image can bear the personal stamp of its creator, no less than a statue or a painting. Designed to immortalize parts of our world, they do precisely that, often having a life of their own beyond the physical limits of the things they were used to depict. If that’s not art, what is?

This entry was posted on January 31, 2021 by Michael Perkins. It was filed under Abstract, Art and was tagged with realism, Surrealism, symbolism.