A MASK OF A DIFFERENT KIND

HUMANS EXPERIENCE AMNESIA IN TWO DISTINCT WAYS, both by organic accident, i.e., an affliction or injury that erases the memory, and by a deliberate effort to leave ugly things by the side of the road like a shed skin. It is the second kind with which we are concerned here.

Since early 2021, photographers have leveled their lenses at every aspect of The Great Hibernation, as a world of throngers became, overnight, a planet of cave-dwellers. We shot deserted streets, shuttered businesses, desperate moments in ERs. Now, as we all variously wander out into the sunlight to test our courage in a stab at the “new normal” (a perfect example of willful amnesia), cameras are recording a strange collection of conflicting messages, as both hope and haunting walk our streets hand-in-hand. We are either in the throes of recovery, or a colossal poker bluff with fate, or both, depending on who you ask, and anyone attempting to record what’s happening out there will see manifestations of relief, anxiety, relaxation, and readiness. We are in a unique transition phase, one that could result in both freedom and defeat. And the pictures, as always, will reflect that ambivalence. 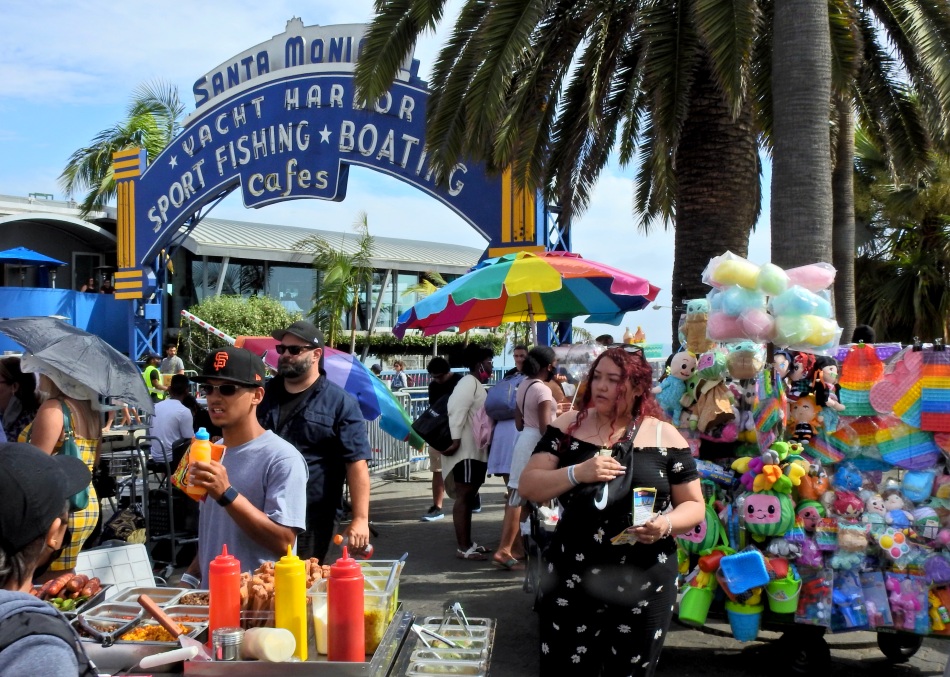 As I mentioned in the post previous to this one, I have just spent the 2021 Fourth of July weekend reinserting myself into the flow of life in Los Angeles for the first time in sixteen months. The sensation was both reassuring and tentative. Masks are not everywhere, but they are in greater evidence in a city that was so battle-scarred by the pandemic than in the foolhardy desert domains of Arizona. People are mixing, partying, eating, laughing, even as they walk across worn “six feet” signs that remind them that, just because the big bombs have stopped falling, the war isn’t over. It’s confusing, but in an exhilarating, jump-out-of-the-plane kind of way. We could fall to our death, but, hey, on the other hand, how about that view?

Willful Amnesia is seen in a camera’s quick flashes, alternating with the latent fears that are still very much a part of our daily navigations. The above image seems to be All About The Party, but equally true pictures of the masked and homeless lie just inches away. Pivot to the left, and the energy says resurrection. Pivot to the left, and it’s Anxiety On Parade. Both kinds of photographs are true, at least until we can replace our willful amnesia with the real, healing variety.

This entry was posted on July 7, 2021 by Michael Perkins. It was filed under Uncategorized and was tagged with cities, covid-19, pandemic.