WORTH A THOUSAND PICTURES

A LITTLE RESEARCH REVEALS THAT THE MOST POPULAR NAME FOR ALL OF THE PHOTOGRAPHS ever published over two hundred-some years’ time is, simply, “untitled”. This used to strike me, in my younger days, as laziness or dullness on the part of the photographer, but now I often see it as the perhaps the best approach. A picture may, indeed, be worth a thousand words, but it only takes a handful of those words to diminish an image’s effect.

Adding a title or caption to a photo can actually bruise its power. Titling anchors an image by telling the viewer what it is supposed to be (or not be), a function that should fall to the image alone. Giving a picture a simple name, like Niagara Falls Vacation, 1969 is an act of cataloguing, but any ability the photograph has to be universal or timeless is hemmed in by whatever words accompany it, so that even a basic title can have an unintended effect.

And then there are the acts of people other than the original photographer, an editor for example, who may arbitrarily assign context or “meaning” to an image by labeling it later. This has obviously resulted in real mischief by those who want to appropriate a photo to bolster their own messages, a practice which could lead to its impact being prostituted or used for any variety of nefarious aims. 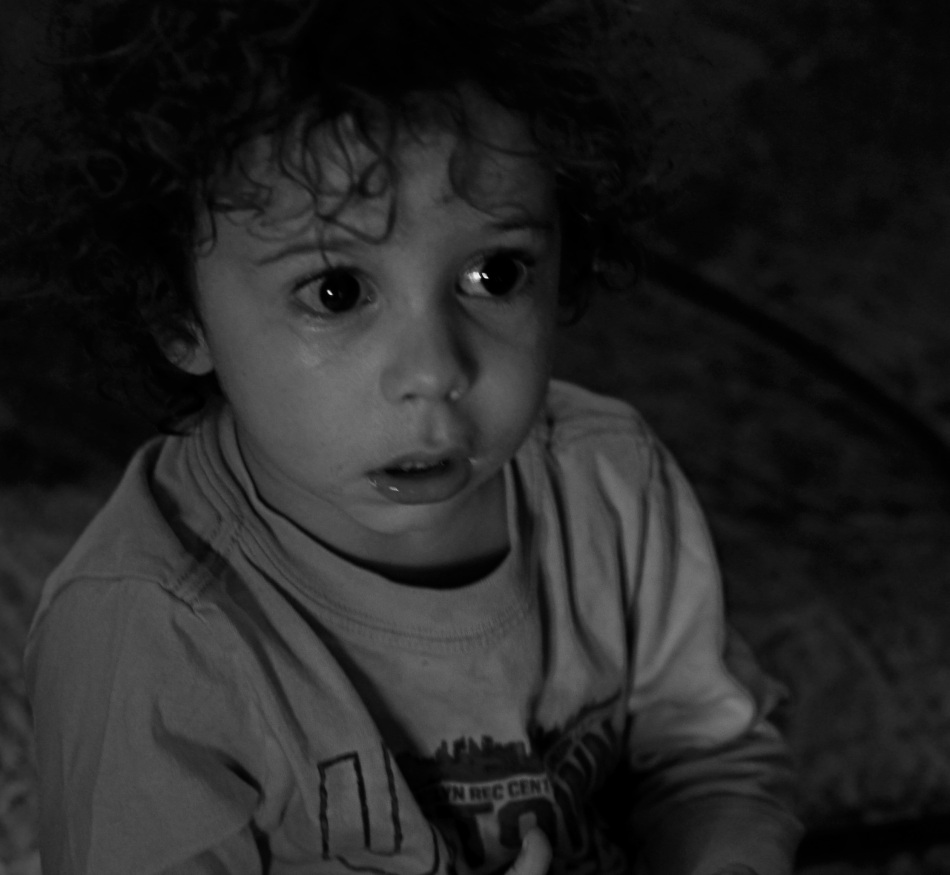 Absent a caption, a photograph is forced to speak for itself. As an exercise: in the above image, is the child tired, discouraged, frightened, jealous, in pain, at risk, even joyful or grateful? If I reveal the rather ordinary truth about the image, that it was taken of a boy who was disappointed at not being able to remain longer in a zoo’s gift shoppe, that short-circuits any other meaning that the viewer might want to bring to it. It stunts its impact.

And, yes, it might be too cute by half if I craft some playfully obscure name for the picture (as I tend to) or just number it, or even call it “untitled”, but that, at least, puts the viewer back into a kind of exchange with the author about what the picture could be by supplying that information himself. Images are powerful things. However, in trying to catalogue or explain them, we can greatly reduce that power, even neutralize it. Letting pictures speak for themselves….well, it’s why we make them in the first place, isn’t it?

This entry was posted on April 3, 2022 by Michael Perkins. It was filed under Uncategorized and was tagged with Context, criticism, Interpretation.