WHICH R ARE YOU?

VENERABLE BUILDINGS ARE VIEWED THROUGH SEVERAL AESTHETIC PRISMS OVER TIME, and so, as a consequence, photographs of them also fall under different general themes. To my eye, architecture is a visible testimony of so many things human: our relationship to each other: the myths and beliefs that we hold sacred: our own ambition: our way to contextualize ourselves in history or in space. And when I try to decide how to photograph a building, I tend to see it through three distinct filters, or what I call the three “R”s: reference, reverence and relevance.

Reference covers the image of a place from the original artist’s renderings and sketches through its opening phase, as we imagine how this new thing is designed to “fit in” to its hosting surroundings, which, themselves, figure in its original depictions. Reverence comes later on, as we idealize a structure out of context, long after its original neighborhoods or uses have faded. In this “post card” phase, we regard the building for itself, perhaps attempting to protect or restore it. 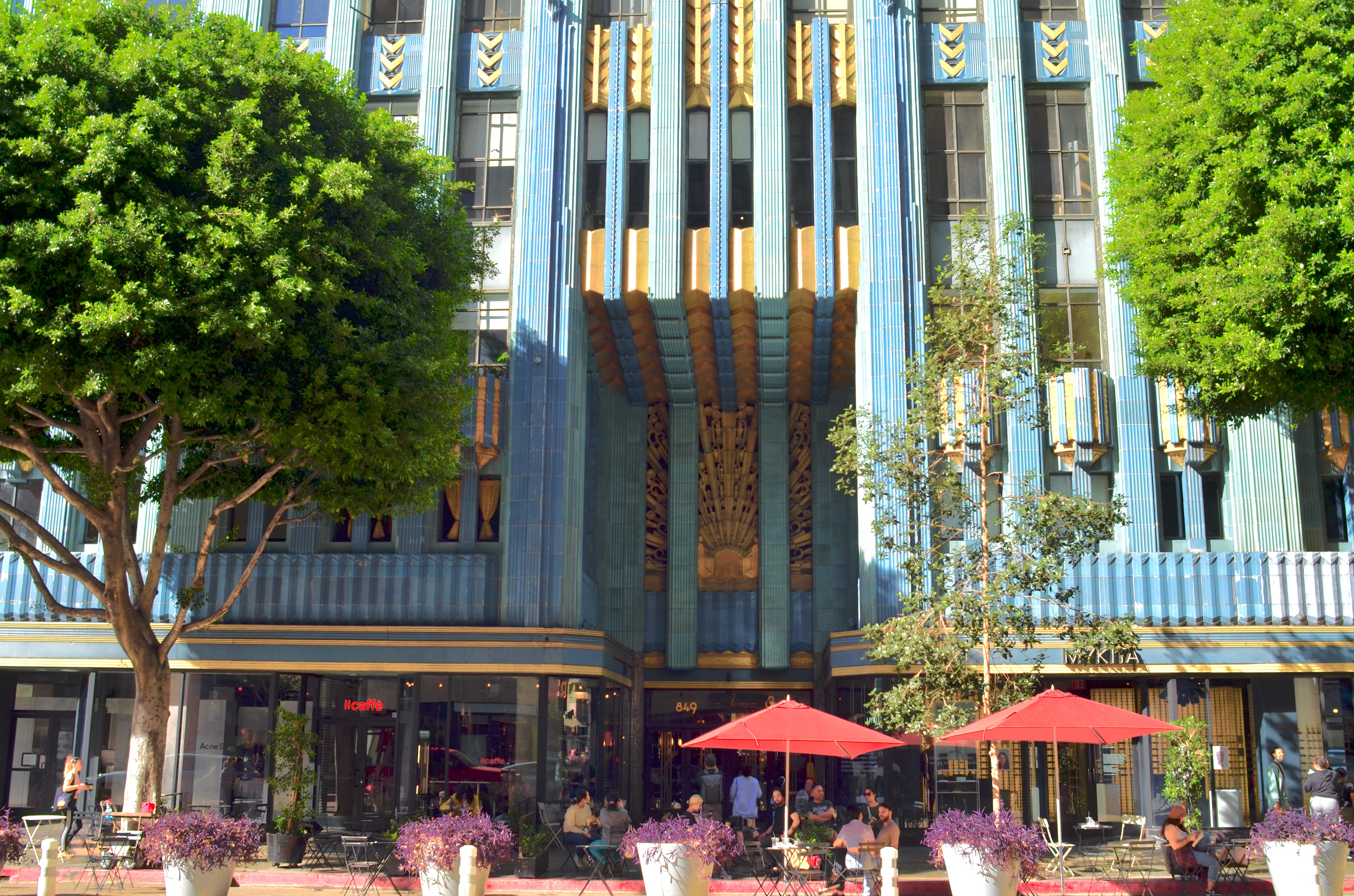 The third R, relevance, comes even later in the edifice’s life, perhaps post-rehab, as we happily welcome it back into daily use and re-apply the scale, objects and people that will anchor it to its second life, the same kind of use-context that was seen in the reference phase.

In finally checking Los Angeles’ 1930 Eastern Columbia Building off my life-list a few weeks ago, I found myself toggling between the reverence and relevance mindsets, taking idealistic images of the tower’s features in isolation from everything around it, and, in the case of this photo, showing it alive with people and activity, as part of the neighborhood. In the end, even though I have seen thousands of idealized images of the EC (the city’s most photographed building, and one of the most renowned Art Deco treasures in the country), I prefer this view, since it places it in a vital (that is, living) setting.

We make buildings for so many reasons, but, in all cases, we make them to be used, not merely adored. The Eastern Columbia, host to two of the country’s largest retailers until the 1960’s, emerged from its banishment years to enter life anew as multi-million dollar lofts to the the stars, its resurrection well in rhythm with the rise of the entire central L.A. “Broadway” district. That makes it relevant once more, and so the camera should always chronicle its elements of what America has always loved best: a second chance.  It “R” the best way to treasure a space.