MAN’S FIRST MAJOR QUEST WAS THE SIMPLE EFFORT TO EMERGE FROM THE DARK; the darkness of his own ignorance; the shadows of isolation, the dimness of despair. Looking back, the discovery of fire was perhaps the single greatest forward leap in our early evolution. Once we could make light, we could channel many other of our other energies, with the idea of illumination governing every one of our creative urges, literally and metaphorically. Photography is but one very direct example of what happens when you learn to, as George Eastman termed it, “harness” light.

This year, in many deeply profound ways, we have all had to make almost daily choices between light and darkness, certainly in the dire life decisions fate has placed before us, but also in the things we choose to create. Making images of the holidays that are cheery and bright used to be the most instinctual thing for us; after all, we have had a lifetime of practice. But when the light from which we craft those pictures becomes endangered, when it comes horribly close to being extinguished altogether, that’s when our artistry must double down, digging deeper to extract as much brightness as we can. Many of us have managed it in unprecedented new ways; many more would be well to practice it a lot more in the tough months to come.

Some of that effort will come from inside our cameras. 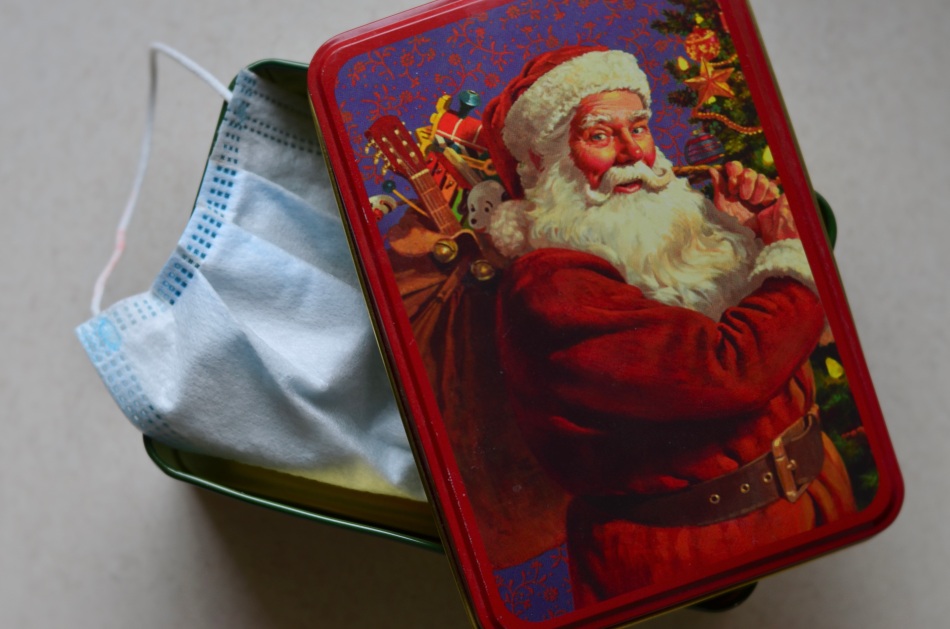 I don’t consider this image to be negative, or pessimistic. I have made, and will continue to make, those wonderful postcard creations we all strive for in normal times. But art can instruct or lead, as well as charm, and as a consequence, this is the Christmas photograph I most want to sign my name to in this season. Making others safe is the best way to make ourselves safe, and delaying our immediate gratification is the best way to ensure that we’ll be around to, humanly, ask for even more of life, later on.

And so a Merry Christmas to all. We have spent nearly a year trying to get off Nature’s “naughty” list, and now we must do much better at getting off each other’s. If there’s anything to all that storied “good will toward men” stuff, we need to make it more manifest. And make pictures of it that not only document, but illuminate. 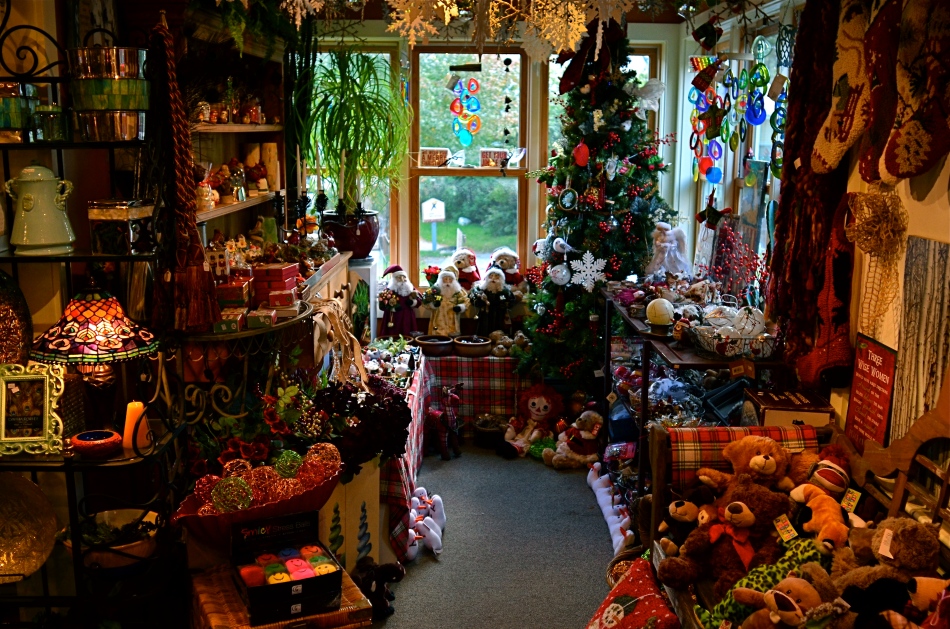 Too busy? Well, when it comes to seasonal shots, it’s a lot harder to say.

Consulting the rules of composition before taking a photograph is like consulting the laws of gravity before going for a walk.

PHOTOGRAPHERS LOVE TO COMPILE LISTS OF LAWS that must be obeyed to ensure the capture of great images. Bookshelves are jammed to fracturing with the collected works of wizards large and small who contend that all of this art stuff is really about craft, or adherence to techniques that are the equivalent of Einstein’s law. And, of course, with every fresh generation, a new slew of shooters come sneering along to deride this starched and stuffy discipline. All that matters, these young turks snigger, is my grand vision. 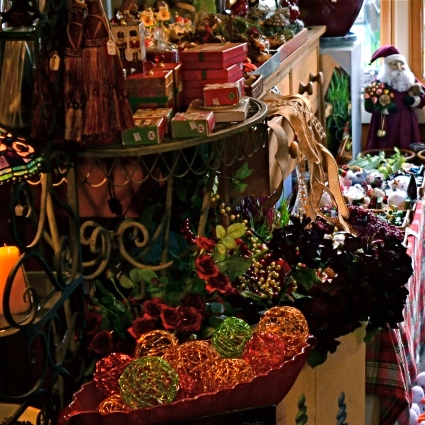 Worlds within worlds: many vast holiday scenes can be “subdivided with cropping.

Let me again re-state the obvious, which is that both viewpoints are correct and/or totally wrong. And since Mr. Weston has introduced the subject of composition, let us consider the special task of seasonal photos, specifically, arrangements of yuletide objects. The classic rule on still-life shots is that less is more, that it’s better to perfectly light and expose three pieces of fruit than whole baskets of the stuff. Meanwhile the festive, instinctual artist concedes that many holiday scenes are mad with detail and crammed with more, more, more…..and that’s okay.

The unique thing about Christmas decor is that in many cases, you not creating the compositions, but merely reacting to someone else’s creations…in nativity scenes, churches, and especially in retail environments. Obviously your local department store doesn’t adhere to the admonition “keep it simple”; quite the opposite. Seasonal trim in most stores is served up not by the spoonful but by the truckload. Anything less than overkill seems skimpy to many yuletide decorators, and so, if you favor basic subject matter, you’re either going to have to mount your own arrangements or selectively zoom and crop the more congested scenes. If, however, you already subscribe to the idea that more is better, then life gets easy fast.

Holidays come layered in much that is intensely personal, and that makes clean compositional judgements about “how much” or “how little” tricky at best. Just get the feelings right and let your regular rules relax into guidelines. 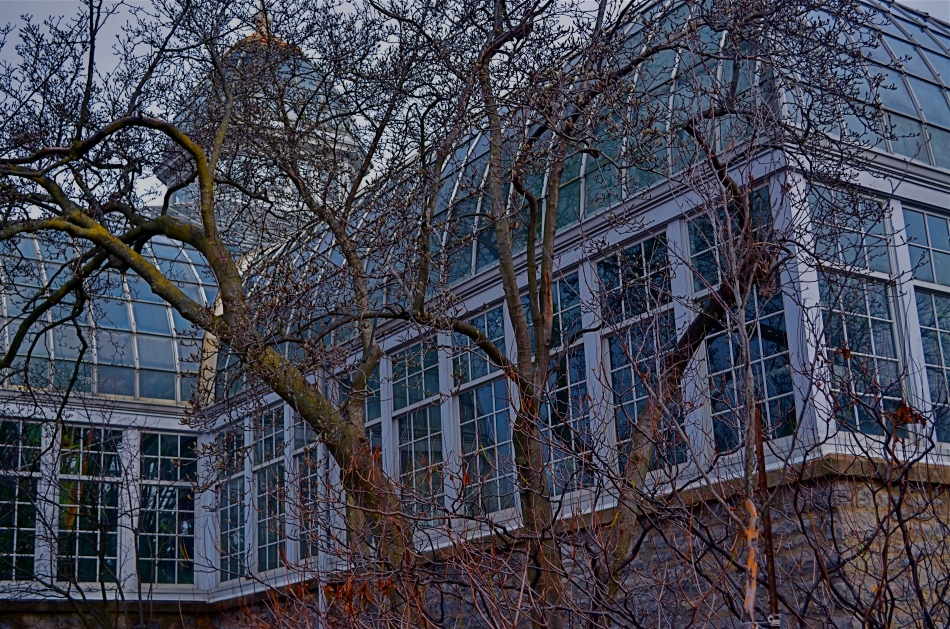 THE FIRST COLOR PHOTOGRAPHS REALLY…WEREN’T. That is to say, the various recording media, from glass plates to film, were technically incapable of rendering color, leaving entrepreneurial craftsmen (mostly post card artists) to lovingly apply hues with paint and brush. It was the Fred Flintstone version of Photoshop, and, boy howdy, did it sell, regardless of the fact that most flesh tones looked like salmon and most skies looked more eggshell than azure. Until the evolution of a film-based process near the end of the 19th century, these watercolor pastels stood in for the real thing. 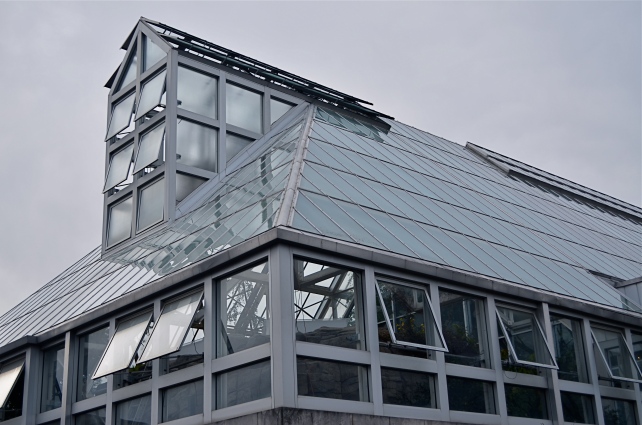 Winter’s months-long overcasts and grey days can remind a photographer of what it was like to only be able to capture some of the color in a given subject, as the change in light washes the brilliance out of the world, leaving it like a faded t-shirt and creating the impression that color, as well as botany, goes into the hibernational tomb during winter.

Of course, we can boost the hues in the aftermath just like those patient touch-up artists of the 1800’s, but in fact there are things to be learned from rendering tones on the soft pedal. In fact, reduced color is a kind of alternate reality. Capturing it as it actually appears, rather than amping it up to neon rudeness, can actually be a gentle shaper of mood.

Light that seeps through cloud cover is diffused, and shadows, if they survive at all, are faint and soft. The look is really reminiscent of early impressionism, and, when matched up with the correct subject matter, can complement a scene in a way that a more garish spectrum would only ruin.

Just like volume in music, color in photography is meant to speak at different decibel levels depending on the messaging at hand. Winter is a wonderful way to force ourselves to work out of a distinctly different paint box.