THE BALLET OF BIG AND LITTLE

LOOKING BACK AT THE EARLIEST FORMATS FOR AMATEUR SNAPSHOTS, it’s almost possible to hear the frustration of photographers trying to deliver the world in a greatly constricted work space. Peruse your grandparents’ photo albums and you will find a number of images printed in such small sizes as to render anything more complex than a candid of a friend nearly unreadable. Size doesn’t matter in all things, but, for some subjects, the canvas needs to have a little breathing space.

Serious photographers with bulky medium and large format cameras could always create work on any scale that they preferred (think Ansel Adams), but amateurs in the first decades of the twentieth century were often confined to small spaces, many around the size of the present-day “credit card” prints produced by the Instax line of instant cameras. This miniature-scaled way of seeing in the world was death for landscape work especially, and it was not until the introduction of the 35mm camera and improved technology for enlargement (including the option of slide projection) that mountain ranges, seashores and canyons started to get their proper due.

Now, while it’s possible to photographically capture and suggest grand scenes, our urban sprawl hems us in once more, littered as it is with wires, signs and neon clutter.  It’s not what to shoot, but where to stand when shooting it, that makes the difference. Often we ourselves are so desensitized to the garbage through which we habitually view beauty that we’re surprised when the camera records the visual debris that we’ve taught ourselves not to see. I once heard a Nikon rep say that, even in the middle of the ocean, some people’s pictures could somehow manage to have telephone lines visible in them.

But that’s a problem of seeing. Thing is, even when a photographer apprehends an epic-scale scene, getting a shot of it that’s free of junk can be daunting. In the case of this image, I woke up struck by the beauty of enormous banks of clouds rolling through the skies in a part of Arizona that is typically free of anything but solid blue. The problem soon became where to drive/pull over/aim to make sure that nothing else punctuated the impact of these enormous billows. I drove about ten miles until I got to a tiny municipal airport whose elevated observation deck afforded nearly unbroken horizons in all directions and started to crank away. Strangely, it was when I got my unbroken sky that I realized that there was nothing of scale to indicate how big the formations actually were. Enter a tiny mosquito of a private plane, barely big enough to create a flint of light to announce its presence. The ballet of big and little was now complete. The photographer’s job in showing the size of something lies simply in supplying the answer, “compared to what?” It’s Storytelling 101, it’s simple to do, and it makes the difference between a picture and a narrative. 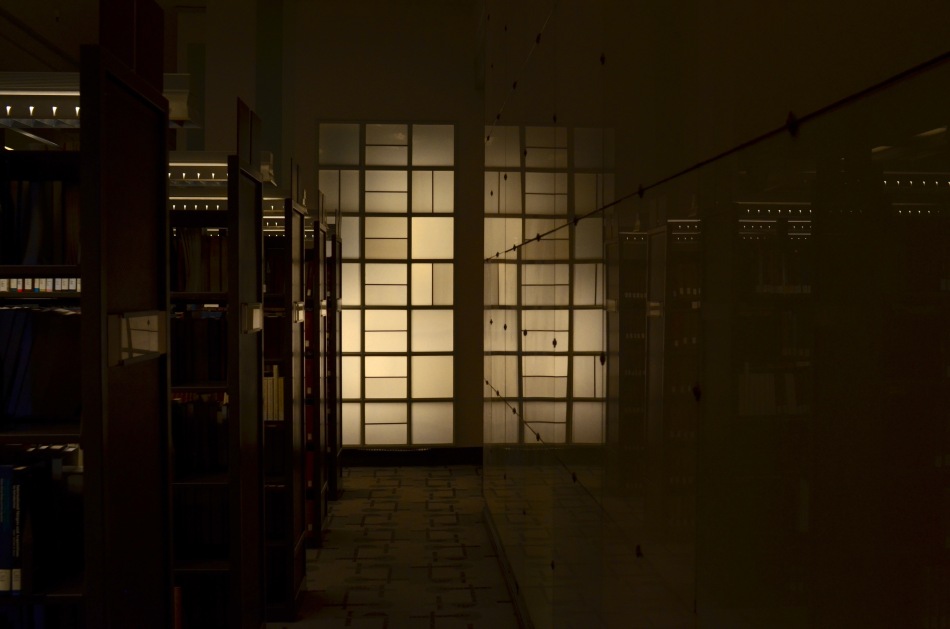 Seldom does a single photograph relate a complete story. And that’s the fun of it.

THE BASIC STRUCTURE OF A LINEAR STORY IS ENGRAVED into the DNA of our collective minds in what amounts, essentially, to three words: beginning, middle, end. Three distinct phases that indicate the birth, development, and logical terminus of a narrative. You start at the left and end up at the right, like the eye reading a written sentence. That’s storytelling in a nutshell.

But are all three elements present in a photograph?

As a static moment stolen from a million zillion consecutive other moments, a frozen instant plucked out of context, a photo is, almost of necessity, missing some of the standard elements of a narrative. The shooter cannot take us on a complete journey from beginning to end. Instead, he must choose one part of that sequential timeline and make it speak for the entire process. And so we make pictures of things that are just getting under way. We make different pictures of things that are in the process of progressing or changing. We make still others of things that are coming to a close. What we choose to show affects the conversation we are having with our audience. Will they understand what point in the continuum of a story we’ve chosen to display? Does their imagination or memory supply missing information about what’s not shown, through speculation, intuition? Pictures can’t show everything, nor do all pictures even show the same kind of information. However, over generations of transactions between shooter and viewer, there is a kind of understood, if unspoken language of what was meant and what was received.

This exchange is instantaneous and instinctive, but we can step back and analyze it. For example, in the above photo, what information is given, and what is withheld? Are we at the entrance into something, or near the escape out of it? Is this a scene of quiet serenity or dark foreboding? Is there a correct answer? Does there need to be?

You and you alone control the choices, often made in an instant, of what visually makes it into the final edition of a photograph. Some of those choices will be deliberate. Others will be reactive. Photographers can either conceal or reveal, and their editorial decisions, whether done at leisure or in a blink, determine what pictures we regard as memorable, or visceral, or genuine. What I’m getting at here is that storytelling is only partly about equipment, or even conditions, like light or weather. And that only makes sense: it would be foolish, after all, to think of a novel as great merely because of which pencil or keypad the author used, or to judge a musical performance by the piano. And so the most crucial element in photography must, must, must be the eye. Once that is sharpened, storytelling hits full throttle, and, conversely, without that acuity, all we can hope for is the occasional happy accident. No one picture tells the entire story, but we are in charge of what clues make it to the viewer. And that is one amazing superpower.

YOU DON’T HAVE TO KNOW all the elements of a story to tell it visually. Yes, photography certainly has the technical means to tell a detailed tale, but that narrative need not be spelled out in every particular by the camera.

The above image illustrates this strange mis-match between storytelling and story material. As a shooter, I’m tantalizingly close to the couple at the table next door to me at a plaza restaurant. I mean, I can practically count the salt grains on the lady’s salad. I can also tell, by her male companion’s hand gestures, that a lively conversation is underway. But that is the sum total of what I know. I can’t characterize the discussion. A business planner? A lover’s quarrel? Closing the sale? Sharing some gossip? Completely unknown. Sure, I could strain to pick up a word here or there, but that alone may not be enough to provide any additional context, and, in fact, I don’t need that information to make a picture.

This is what I call “low info, high narrative”, because I don’t require all the facts of this scene to sell the message of the picture, which is conversation. As a matter of fact, my having to leave out part of the image’s backstory might actually broaden the appeal of the final product, since the viewer is now partnering with me to provide his/her version of what that story might be. It’s like my suggesting the face of a witch. By merely using words like ugly or horrible, I’ve placed you in charge of the “look” of the witch. You’ve provided a vital part of the picture.

You won’t always have the luxury of knowing everything about what you’re photographing. And, thankfully, it doesn’t really matter a damn. That’s why we call this process making a picture. We aren’t merely passive recorders, but active, interpretive storytellers. High narrative beats low info every time.