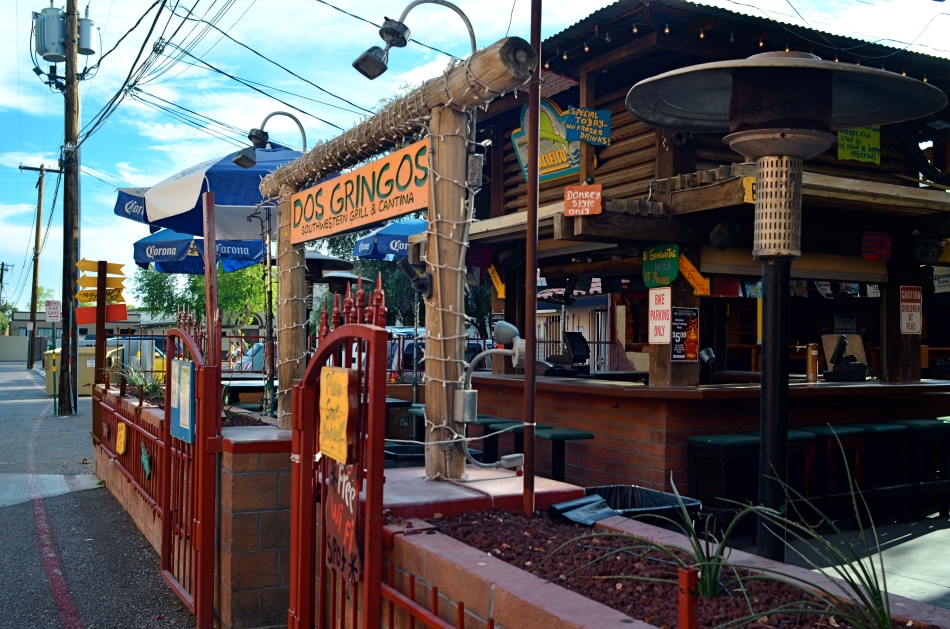 MANY OF US WHO BEGAN THEIR LOVE FOR PHOTOGRAPHY IN THE DAYS OF FILM have never really made a total switch to digital. It just never was necessary to make that drastic a “clean break” with the past. Far from it: through the tools and techniques that we utilized in the analog world, we still carry forth viewpoints and habits that act as foundations for the work we produce in pixels. Photography was not “re-invented” by digital in the way that transportation was when we moved from horse to car. It was refined, adding a new chapter, not an entire book.

Digital is merely the latest in a historical line of ever-evolving recording media, from daguerreotypes to salted paper to glass plates to roll film. The principles of what makes a good picture, plus or minus some philosophical fashion from time to time, have not changed. That means that tons of toys from the analog world still have years of life left in them, especially lenses.

Call it a “reverse hack” mentality, call it sentiment, but some shooters are reluctant to send all their various hunks of aged camera glass to the ashcan simply because they were originally paired with analog bodies. Photography is expensive enough without having to start from scratch with all-new components every time a hot new product hits the market, and many of us look for workarounds that involve giving a second life to old lenses. New wine from old bottles.

Some product lines actually engineer backwards-compatibility into their lenses. Nikon was the first and best company to spearhead this particular brain flash, making lenses for over forty years that can be pressed into service with the latest Nikon body off the production line. In my own case, I have finally landed a Nikon 24mm f/2.8 prime, not from current catalogues, but from the happy land of Refurbia. It’s a 1970’s-era gem that is sharp, simple, and mine-all-mine, for a fifth of the cost of the latest version of the same optic.

My new/old 24 gives me a wide-angle that’s a full stop more light-thirsty than the most current kit lenses in that focal length, and is also small, light, and quick, even as a manual focus lens. And it can be argued that the build quality is better as well. Photography is about results, not hardware, so how you get to the finish line is your business. And yet, sometimes, I must admit that shooting  new pictures with legendary lenses feels like photography, as an art, is building on, and not erasing, history.

THE GLORY OF THE INVISIBLE 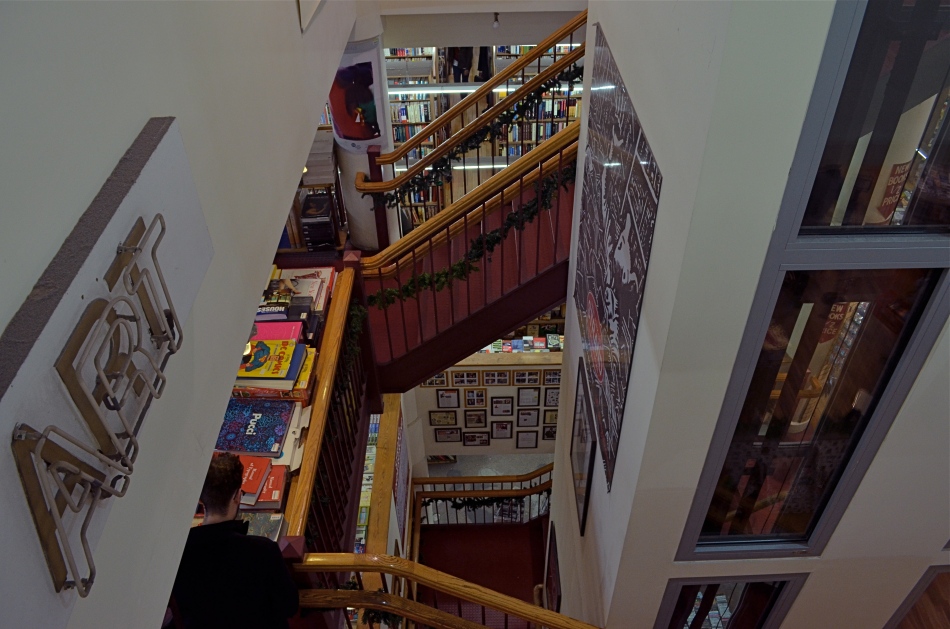 I thought of trying to capture the vastness of Manhattan’s Strand Bookstore in a single wide shot, but finally preferred this view, which suggests the complexity and size of the store’s labyrinthine layout. 1/40 sec., F/7.1, ISO 500 at 18mm.

THE FRAME OF AN IMAGE is the greatest instrument of control in the photographer’s kit bag, more critical than any lens, light or sensor. In deciding what will or won’t be populated inside that space, a shooter decides what a personal, finite universe will consist of. He is creating an “other” world by defining what is worthwhile to view, and he also creates interest and tension by letting the view contemplate what he chose to exclude. What finally lies beyond the frame is always implied by what lies inside it, and it is the glory of the invisible that invites his audiences inside his vision, ironically by asking them to consider what is unseen….in a visual medium.

Each choice of what to “look at” has, inherent in it, a decision on what to pare away. It is thus within the power of the photographer to make a small detail speak for a larger reality, rendering the bigger scene either vitally important or completely irrelevant based on his whim. Often the best rendition of the frame is arrived at only after several alternate realities have been explored or rejected.

Over a lifetime, I have often been reluctant to show less, or to choose tiny stories within larger tapestries. In much pictorial photography, “big” seems to serve as its own end. “More” looks like it should be speaking in a louder voice. However, by opting to keep some items out of the discussion, to, in fact, select a picture rather than merely record it, what is left in the frame may speak more distinctly without the additional noise of visual chatter.

“If I’d had more time”, goes the old joke, “I’d have written you a shorter letter”. Indeed, as I get older, I find it easier to try and define the frame with an editor’s eye, not to limit what is shown, but to enhance it. Sometimes, the entire beach is stunning.But, in other instances,a few grains of sand may more eloquently imply the beach, and so enable us to  remember what amazing details combine in our apprehension of the world.