Built between 1950 and 1952 in Phoenix, Arizona as a gift for his son, Frank Lloyd Wright’s final residential commission reflected the master’s eventual design for New York’s Guggenheim museum, as well as the ergonomic trends that would eventually make passive solar design a must for the New Southwest. Largely unknown to the entire architectural world until around 2010, the home, which Wright termed a “hemi-cycle”, is an airborne crescent of rooms entered via a circular ramp and suspended above the desert on concrete piers, with a direct northern view of  Phoenix’ Camelback Mountain. Wright’s original rendering of the house, reportedly drawn in about an hour’s time, contained, next to his distinctive signature, the pronouncement “How To Live In The Southwest.” The home will close to tours in May 2016, hoping to reemerge, restored, at a date yet to be determined.

The house, with its circular ramp in the foreground, as seen from the detached guest house.

The 210-degree curve of bay windows in the master bedroom looks directly out across to Phoenix’ Camelback Mountain. The ramp to the living quarters rises from the ground at the left of the support piers and curls upward to the formal entrance to the house’s living space, seen at upper right.

The detached guest house, basically a low profile studio apartment, landscaped with local agave plants. The main house looks over the guest house roof from its airborne perch straight across to Camelback Mountain, seen in the background.

The home’s “front door” conducts the guest inside a circular open-air garden, enclosed by the ramp which conducts visitors to the second-floor living spaces. 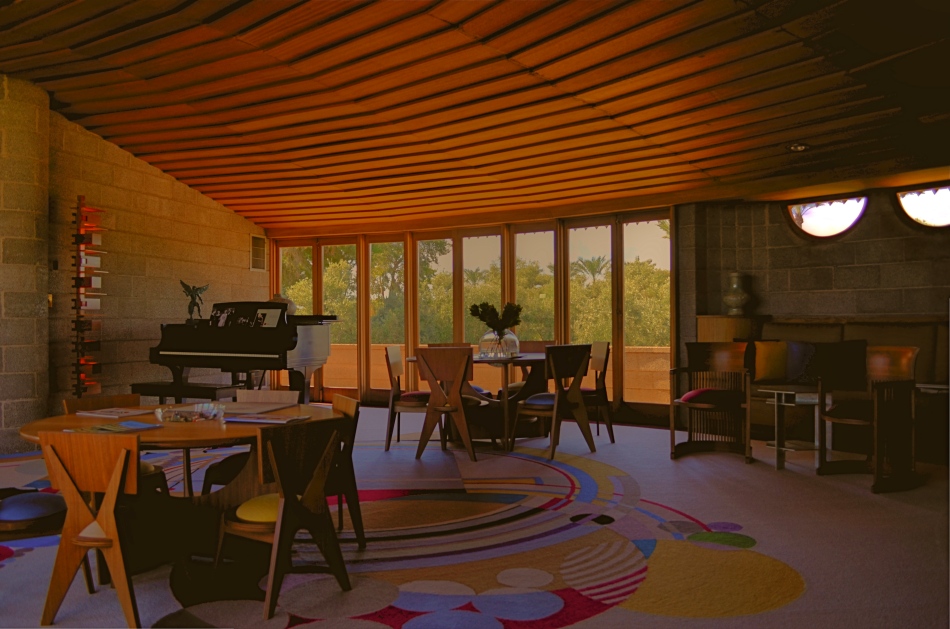 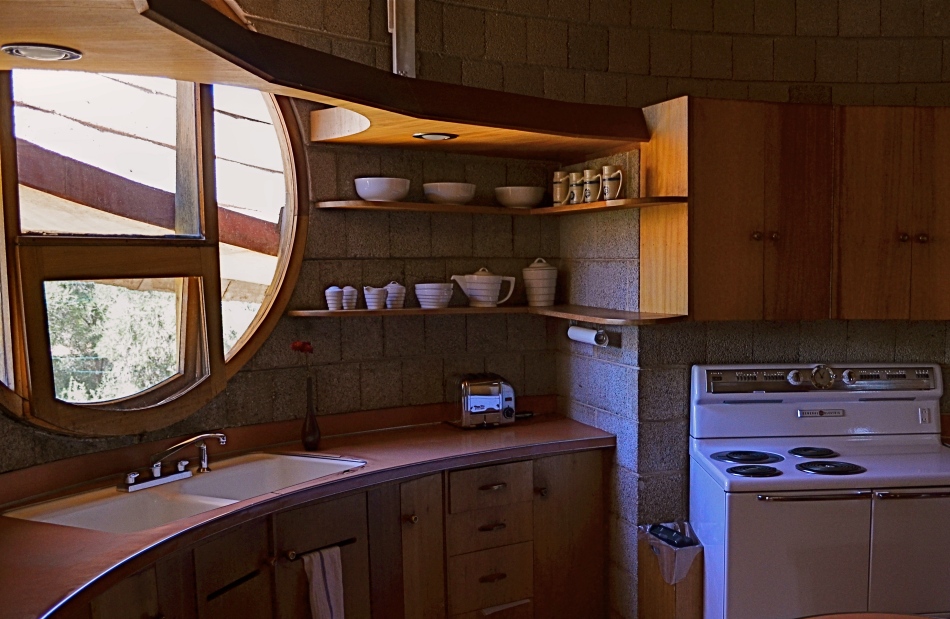 The David Wright House’s kitchen is compact but airy.

The master bedroom fills with light from its enormous curved bank of windows and offers a stunning view of Camelback Mountain. The extended overhangs outside the windows keep the harsh Arizona heat deflected away from the house’s interior.

The courtyard as seen from the top of the ramp that leads to the entrance to the elevated living quarters.

A jewel of the desert, glowing softly in the desert night.