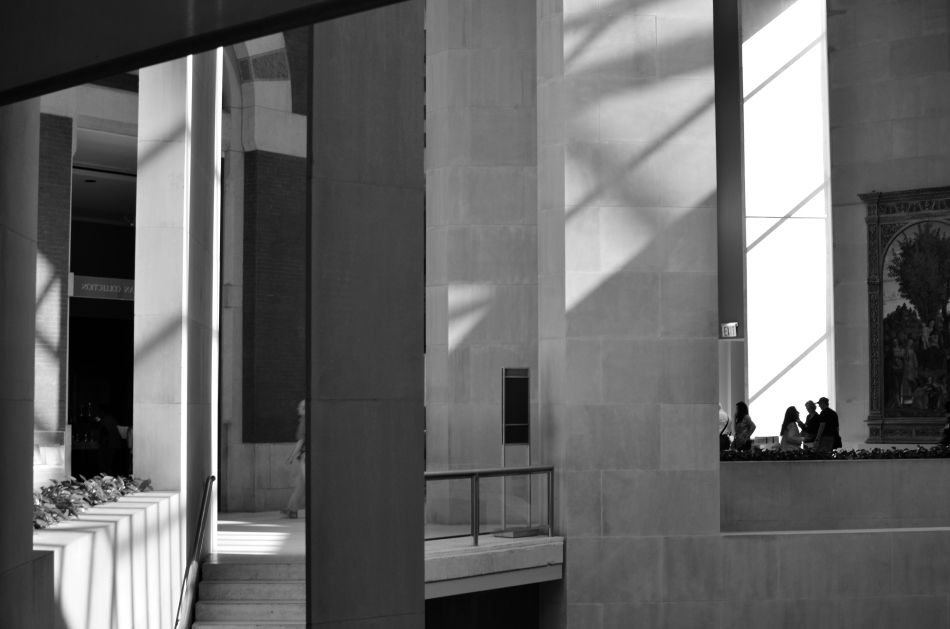 SOME OF YOUR MOST FORWARD-THINKING DEVELOPMENT AS A PHOTOGRAPHER CAN OFTEN OCCUR on days when you’ve planned exactly…nothing. You may have noticed that you produce an occasional masterpiece in situations where there was “nothing to shoot” or you “didn’t have anywhere special to go.” Phrases like I was just wandering around are sometimes used by people describing how their favorite images wound up inside the camera.

What I’m saying is that, if making something out of nothing is the classic definition of creativity, go find yourself some nothing.. and shoot it.

There’s a strange paradox at play here. When you are photographing something that truly “matters”, your concentration is on the subject, not your technique, almost as if the thing will record itself if you just faithfully point the camera. Kids’ birthday parties or a view of El Capitan come “ready to eat” in a way, and you don’t fester about doing anything bold on your side of the equation. The task becomes, basically, not to screw up….hardly a recipe for excellence. When the subject matter is incomplete, however, or, more importantly, meaningless to you, the work is much harder and more mindful. Say what?

The emphasis shifts to how do I make something out of this, which whips you into a more deliberately creative mode. Suddenly there are things to overcome, from lighting to lousy composition. There are things to improve, since the subject isn’t supplying its own drama or beauty and needs you to shape it. It’s strange. The things that matter most can cause you to take the most lax approach to recording them, while the junk you shot just because it was there can get your juices going.

More importantly, since the “meaningless” is generally unknown to you, you don’t bring any biases to it. You don’t have a usual or traditional way of seeing it (you don’t care about it, remember?) , so you don’t fall into lazy habits or a usual way of photographing it. Its newness makes you innovate, makes you work harder to (here comes the chorus) make something out of nothing.

It’s when you have the most organic, most open attitude toward what you’re shooting that you feel relaxed enough to experiment, which speeds up your learning curve and deepens your involvement. And that means better pictures, since you take yourself, as well as the camera, off automode.

This entry was posted on June 19, 2015 by Michael Perkins. It was filed under Composition, Conception, Experimentation and was tagged with Abstract, Experimental, snapshot.