AS THE WORLD TURNS 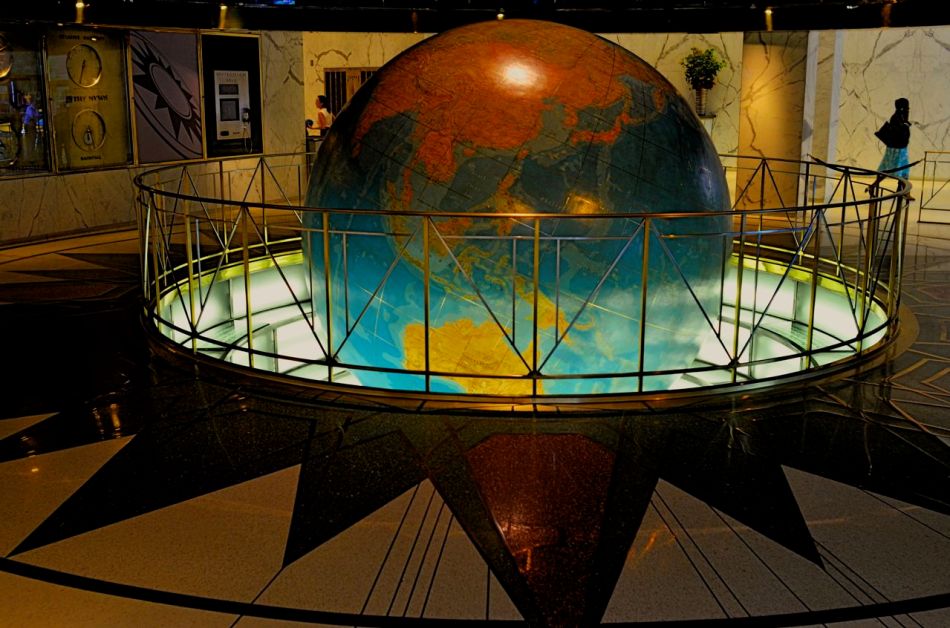 THE GREATEST TEACHING MUSEUMS are not “museums” at all, but those sites where a present, living enterprise is ongoing, activities that also preserve and demonstrate the original purpose of the spaces. Walking through a building whose continuing existence illustrates what made it great in the first place outranks any mere remembrance staged in some sterile exhibit space. It also allows photographers to re-invent the visual records of such sites for their generation.

In the case of one venerable building in New York City, I have lately felt a poignancy in how photography itself has figured in the creation of the American Century.

As this little scribble goes to press, the latest owner for the long-embattled New York Daily News has decided to lay off nearly fifty per cent of that scrappy newspaper’s editorial staff, including virtually all its photographers. Born in 1919, the News was, from the beginning, an upstart, a locally focused, close-to-the-ground, bare-knuckled chronicle of Gotham’s daily doings, delivered with a huge dollop of attitude. Promoting itself as “New York’s Picture Newspaper”, the NYDN brought photography to the fore as a dominant storytelling component, in a way no other American newspaper ever had. While the New York Times‘ polite and prim broadsheet spoke in its inside voice, the News, its smaller tabloid format an easier fit for one-handed commuters, screamed “EXTRA!!”. You might not like the message, but by God, you couldn’t look away.

Inside the lobby of the News‘ building at 220 East 42nd Street, the message was a little more mellow, with its enormous illuminated world globe emitting a vibe of stability, science, order, reliability. Today, with the paper long since having emigrated to 4 New York Plaza, the globe, now protected (as is its host building) by city landmark status, still revolves, quietly glowing like the ember of a world that once burned as bright as a comet.

And that world moves on, of course. Markets decide what kinds of newspapers they want, and careers will always wax and wane. But, for photographers, places like the News building, places that defined the American Century, still speak more eloquently than any tepid re-creations in formal museums, and chronicling them with cameras qualifies as vital work.

Finally, there is no substitute for the real thing, something director Richard Donner affirmed in 1978. Building sets for Superman: The Movie, Donner decided that he could save a tidy sum in the creation of the atmosphere for Clark Kent’s day job at the Daily Planet. The solution? Just send the camera crew and cast down to the News building……