WITNESS IT, DON’T WORK IT 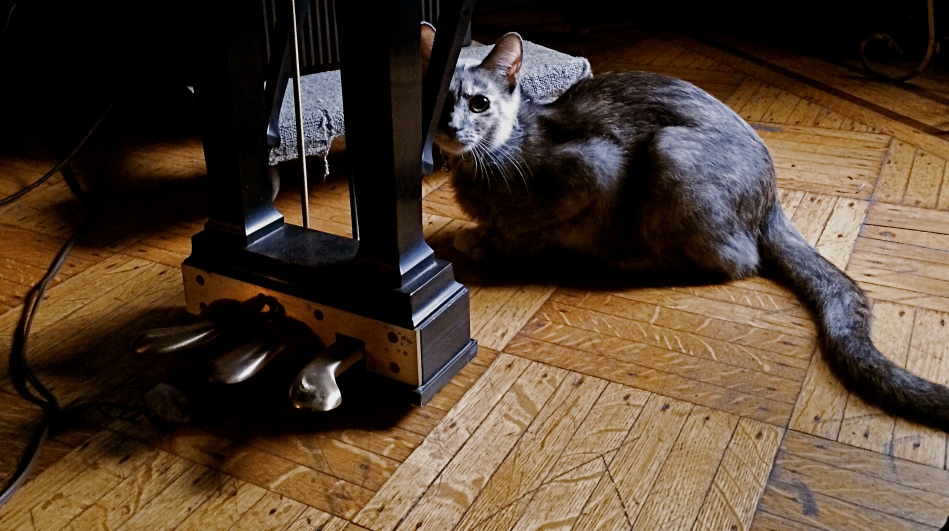 Don’t draw portrait subjects into your energy. Eavesdrop on theirs.

CHILDREN AND ANIMALS OPERATE IN WORLDS DIFFERENT ENOUGH FROM OUR OWN that they merit a special viewpoint when being photographed. Composing an image designed to enter into their special realities should facilitate that process, giving the viewer the idea that he has gained entry to their realms. The camera’s eye needs to seem to inhabit their actual living space.

I’ve felt for a long time that the formal K-Mart studio method of making a child’s portrait is stiflingly inadequate for plumbing that young person’s real animating spirit. And as for pets, the sheer daily deluge of animal snaps posted globally are served just as badly from over-formalizing or staging. Intimate insight into the self can’t be achieved by generic backdrops, tired props or balanced flash alone. If anything, such systems push the real child further away from view, leaving only a neutral facade in place of the true human. Personality locks eyes with the lens in unguarded, not choreographed, moments.

I’m not saying that no preparation should go into animal or child pictures. I am suggesting that a “snapshot mentality”, backed by lots of shooting experience, can yield results that are more organic, natural and spontaneous. Shoot in a moment but apply what you have learned over a lifetime.

Even the simple practice of shooting on your subject’s level, rather than shooting like a grownup, i.e., downhill toward your subject, can create a connection between your line of sight and theirs. If your kids and kitties are on the floor, go there. Another simple way to create an intimate feel is to have the child or pet dominate the frame. If there is some other feature of the room, from furniture to other people, that does not rivet your audience’s attention to the main subject, cut it out. Many, many portraits fail by simply being too busy.

And, finally, catch your dog, cat, boy or girl doing something he’s chosen to do. Don’t assign him to play with a toy, or ask him to stand here, here, or here. Wait like a professional, then shoot fast like a snapshotter. The more invisible you become, the less distraction you provide. Looking at a child or pet enthralled by something is a lot more interesting than watching him watch you. If you do happen to lock eyes during the process, as in the case of the rather suspicious house cat seen above, steal that moment gladly, but don’t try to direct it.

Don’t draw your portrait subjects into your energy. Eavesdrop on theirs. The pictures will flow a lot more naturally, and you won’t have to work half as hard.

This entry was posted on March 19, 2016 by Michael Perkins. It was filed under Animals, Children, Conception, Viewpoint and was tagged with Candids, kids, pets, portraits, Unposed.