THE LATEST VIRUS-FORCED GLOBAL HIBERNATION, in which we try to wait out a capital “T”-sized terror, has left us alone with a lot of lower-case “T”s as well, that being our accumulated To-Do lists, which, what the hell, since we’re stuck here anyway, we might as well tackle, right? Said lists can contain anything, from repairing a squeaky door hinge to paring down that pile of unanswered junk mail…but, whatever the list’s holdings, the human impulse remains, yeah, well, maybe tomorrow, if I’m not busy.

Even the most severely sequestered amongst us are occasionally allowed out for a walk and a breath of air, and for those who also happen to be photographers, the itch needs regular scratching. But once a huge percentage of our usual haunts are closed for the duration, you must make pictures with whatever subject matter still remains in the rotation. For me, occupying one of the southwest states in the USA, that means heading to the various open spaces and digging the scenery, which sounds like a welcome respite, unless you know me. I wouldn’t exactly say that landscapes and me aren’t on speaking terms, but I would agree that we generally speak different languages. Thing is, when the great outdoors is most of what you’re going to be allowed to make pictures with, you must get your language straight, or give up the ghost. And so, during the worldwide lay-off, I’m communing with nature and hoping something worthwhile seeps into my pictures. It’s not easy for me. It’s more like “to-do” with a vengeance. 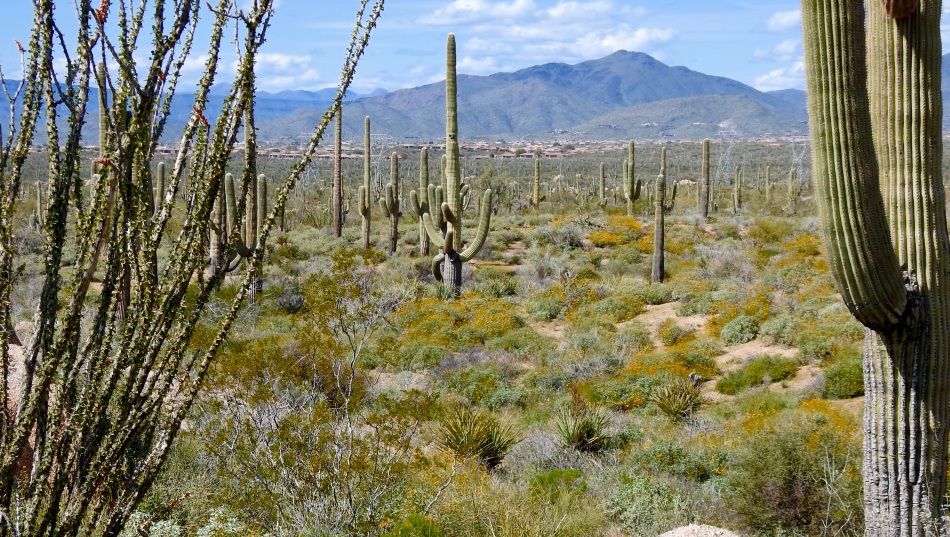 Give me a buzzing urban environment, a tableau in which people are scaled and contextualized and do battle with all manner of their own dwellings and creations, and the photographic truths fairly jump out of my camera. I see stories. I sense relationships. I create speculations and divine meanings. But point that same camera at a tree, a mountain, a seashore, and….well, it’s not as if I can’t make something “nice” out of the effort, but I must struggle to pull the truths out. I mean, I can compose and capture the essential beauty of a scene as well as the next guy, but it doesn’t feel like reporting as much as recording. I feel at the mercy of nature’s caprices in a way that I never do in cities. In working with landscapes I sense a division between what’s visually appealing and what’s emotionally compelling. My head can dig the scene but my heart is lagging behind. What’s wrong with me?

All photographers gravitate toward interpretations of the world as they see it, and they likewise grapple with ( or outright avoid) whatever their short suit happens to be. Some shooters are terrified of portraits. Others break out in a rash when forced to calculate arcane lighting schemes. No one gets it all. I marvel at the natural world. I do. I like solitude and silence and contemplation and all that there Thoreau stuff. But after long periods of silent dawns and rolling clouds, I feel an irresistible urge to head for a very loud, mob-crushed subway car. Gershwin once said that certain rhythm patterns came to him when he was clacking over train tracks. Others must go completely Ansel Adams and see the world within the veins of a single leaf. As it happens, our international time-out is occurring just as I have taken possession of a new camera, and so my mindfulness is already at a kind of artificial peak. Perhaps that process, coupled with a forced slow-down out in the wilds, will be enough to get my juices flowing.

Or at least, I’ll get a decent amount of exercise.

Hey, hug enough trees and you can really build up those biceps.

This entry was posted on March 22, 2020 by Michael Perkins. It was filed under Arizona, Landscapes, Nature and was tagged with Composition, scenic photography.