(JUST BEFORE) THE SHOW MUST GO ON

ALMOST WITHIN MINUTES OF THE INVENTION OF THE CAMERA, we humans countered by inventing the camera face.

You have one. I have one. It’s the layer, the mask, the official story, the press release, the prepared consumer product. And while we often associate the making of a photograph with the creation of a document, a frozen slice of actual reality, that has never really been true, especially when it comes to capturing the raw essence of our fellow homo sapiens. It’s not that we don’t occasionally manage to glimpse the real person within: it’s that such glimpses are anything but easy.

And if our regular life is something of a performance, at least where a camera’s concerned, what of the acknowledged manipulation of an “official” performance….a play, a concert, a naked poetry slam? In such cases, the amount of artifice presented to the camera is amped up even more, so that the actual show may reveal nearly nothing of the person staging it. Total opacity.

It’s enough to make a photographer sneak backstage, minutes before the lights go down and the curtain goes up.

And that’s the kind of performance image I look for. The jangled nerves. The last-minute tunings and scales. The features that betray the anguish of going out there and putting your whole self on approval before strangers. In effect, the story that plays out on faces despite the prep, beyond the skill, behind the mask. 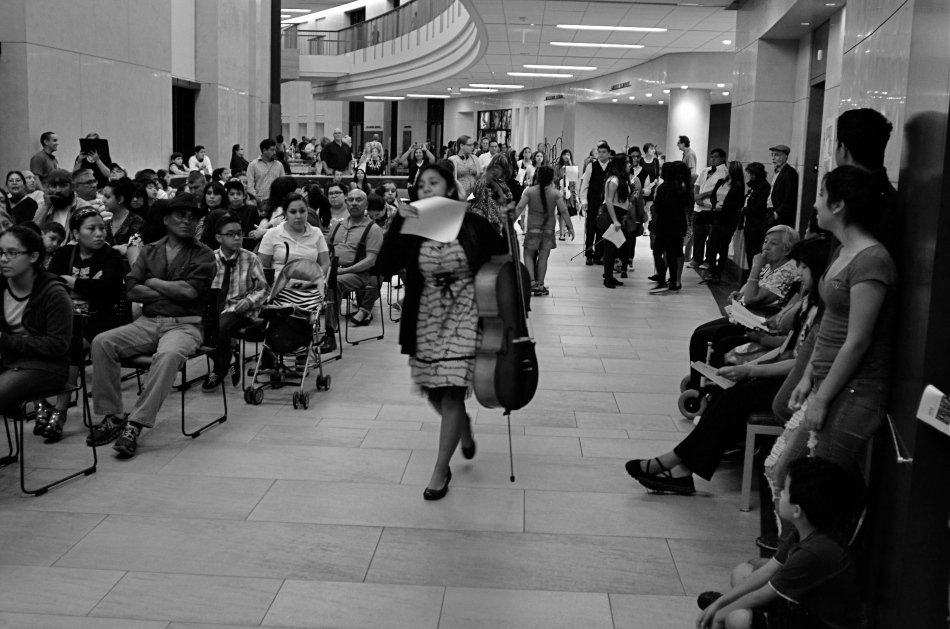 As seen here, the girl hurrying to the stage for her string solo is trustworthy. She’s nervous, a little embarrassed at being late, desperate to hold, onto her music, literally by the skin of her teeth. Above, the string of young people at an amateur fashion show are busier being kids than being pros. Their take on modeling is not cold or detached, although in seconds, out on the catwalk, they will affect that “look”. But now, in this moment, they are friends, co-conspirators, partners in a commonly weird process. They relax. They laugh.

In both cases, these are people. Without the polish, minus the artifice, their striving visible, if just for a second, as our own.

And that’s when the magic happens.