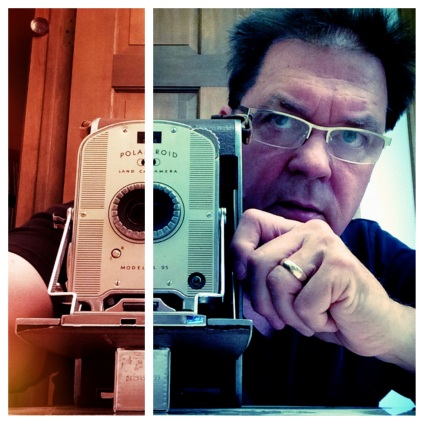 I can’t really say I know this guy, at least not yet.

A RECENT PIECE BY TIMOTHY EGAN IN THE NEW YORK TIMES decried the latest innovation in Instagram etiquette, a device called a “selfie stick”. As the name implies, the stick is designed to hold one’s smartphone at a modest distance from its subject (me!) allowing oneself to be better framed against larger scenes, such as landscapes, local sights, etc. Egan mostly ranted against the additional invasion of public peace by armies of narcissistic simps who couldn’t be persuaded to merely be in the moment, unless they could also be in the picture. It struck him as a fresh assault on “real”  experience, another example, as if we needed one, of our sadly self-absorbed age.

I agree with most of Egan’s epistle, but I think the real tragedy is that the selfie stick allows us to take more, more, more pictures, and reveal less, less, less of the people that we truly are. Selfies are more than emotionally stunted; most of them are also lies, or, more properly, masks. They are not “portraits” any more than they are steam shovels, as they merely replicate our favorite way of distancing ourselves from discovery… the patented camera smile. Frame after frame, day after endless day, the tselfie tsunami pushes any genuine depiction of humanity farther away, substituting toothpaste grins for authentic faces. Photographs can plumb the depths of the spirit, or they can put up an impenetrable barrier to its discovery, like the endless string of  forced “I was here” shots that we now endure in every public place.

There’s a reason that the best portraits begin with not one lucky snap but dozens of “maybes”, as  subject and photographer perform a kind of dance with each other, a slow wrestling match between artifice and exposition. Let’s be clear: just because it is easier,mechanically, to capture some kind of image of ourselves doesn’t mean we are getting any closer to the people we camouflage beneath carefully crafted personae. Indeed, if a person who acts as his own lawyer “has a fool for a client”, then most of us have a liar in charge of telling the truth about ourselves. Merely larding on additional technology (say, a stick on a selfie) just allows a larger portion of our false selves to fit into the picture, while the puzzle of who that person is, smirking into the camera, remains, all too often, an unresolved riddle.

This entry was posted on November 24, 2014 by Michael Perkins. It was filed under Camera phones, Candid, Composition, Portraits, Self-Portrait, Selfie and was tagged with self-portrait, Selfie.