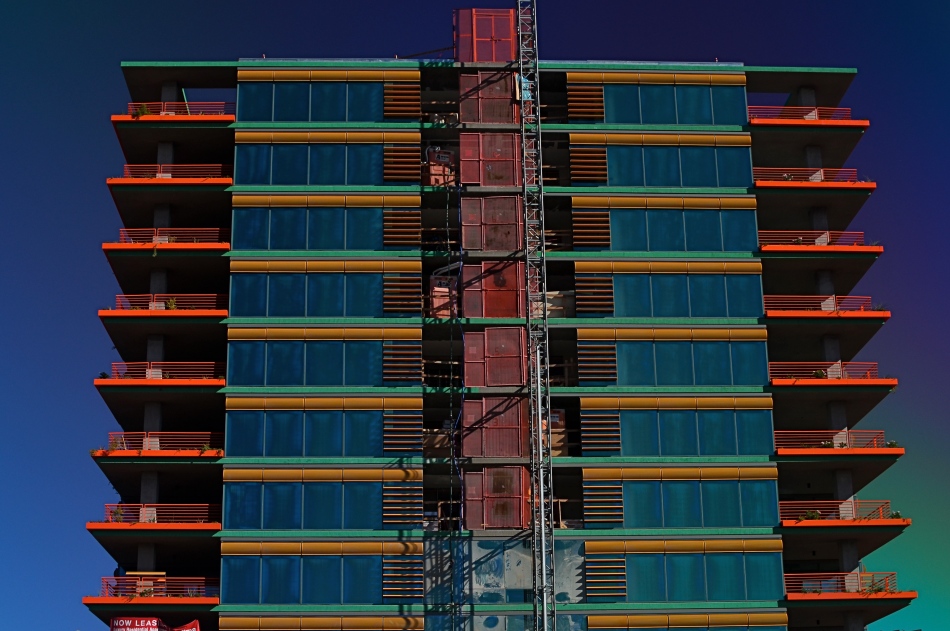 MY PHOTOGRAPHY IS OCCASIONALLY AKIN TO MY GRANDMOTHER’S COOKING METHOD, which produced culinary miracles without a trace of written recipes or cookbooks. Her approach was completely additive; she merely kept throwing things into the pot until it looked “about right”. I was aware of the difference, in her hands, between portions that were labeled “smidges”, “tastes”, “pinches” and even “tads” (as in, “this is a tad too bitter. Give me the salt.) I never questioned her results: I merely scarfed them down and eagerly asked for seconds.

Picture making can also be a matter of adding enough pinches and tads to create just the right mix of factors for the image you need. It’s frequently as instinctual a process as Gram’s, but sometimes you have to analyze what worked by thinking the shot backwards after the fact. In the case of the above image, what you see, although it was shot very quickly, is actually the convergence of several different ingredients, the combination of which would be all wrong for some photos, but which actually served this subject fairly well.

The five-decker sandwich of factors in the shot begins with the building, which is quite intense in color all by itself, yet not quite contrasty enough to suit me in this specific instance. So let’s see all the hoops the camera had to jump through to get this particular image:

First, it was taken during the so-called “golden hour”, just before sunset, in late fall in Arizona. That guarantees at least one boost of the building’s native intensity. The next factor is the camera’s own color settings, which are set to “vibrant.” Level three comes from a polarizing filter, which is juicing the sky from its hazy southwestern “normal” to a deep blue. For the fourth element, I am also adding a second filtering component by shooting through a heavily tinted car window (there’s no other kind in Arizona), which presents here as the gradation of sky from blue at the top of the frame to a near aqua near the bottom. And finally, I am way under-exposing the shot at 1/320, deepening the colors yet one more time.

The fun of this is that it all happens ahead of the click, and keeps your fingers off the Photoshop trigger. Grandma may not have spent any more time laboring over a photo than a quick snap of a box Brownie, but she knew how to take stew meat and morph it into filet. And, as with the making of a picture, you just keep adding stuff until the mixture in the pot looks “about right.”