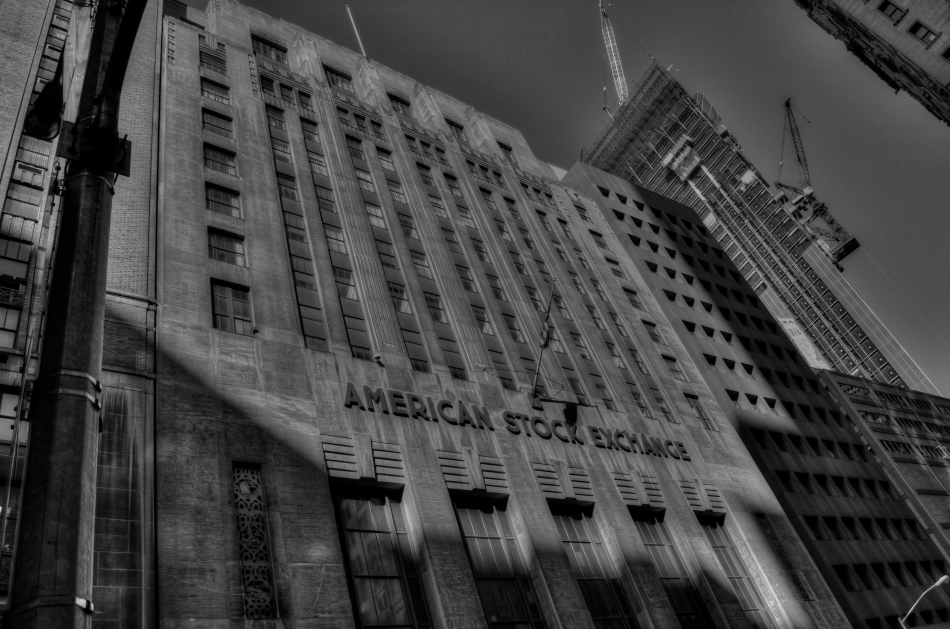 Old power, new power. The American Stock Exchange, a titan of the might of another era, stands in lower Manhattan alongside the ascending symbol of the city’s survival in another age, as the frame of WTC 1 climbs the New York sky. The tower, recently surpassing the height of the Empire State Building, will eventually top out, in 2013, at 1,776 feet. Single-image HDR designed to accentuate detail, then desaturated to black & white. 1/160 sec., f/8, ISO 100, 18mm.

THERE IS NO GREATER CANDY STORE FOR PHOTOGS than New York City. It is the complete range of human experience realized in steel and concrete. It is both a monument to our grandest dreams and a mausoleum for all our transgressions. It casts shadows that hide both joy and fear; it explodes in light that illuminates, in equal measure, the cracked face of the aged contender and the hopeful awe of the greenest newcomer. There is not another laboratory of human striving like it anywhere else on the planet. Period period period. Its collapses and soarings are always news to the observer. Bob Dylan once said that he who is not busy being born is busy dying. New York is, famously, always busy doing both.

I would give the greatest sunset in the world for one sight of New York’s skyline. 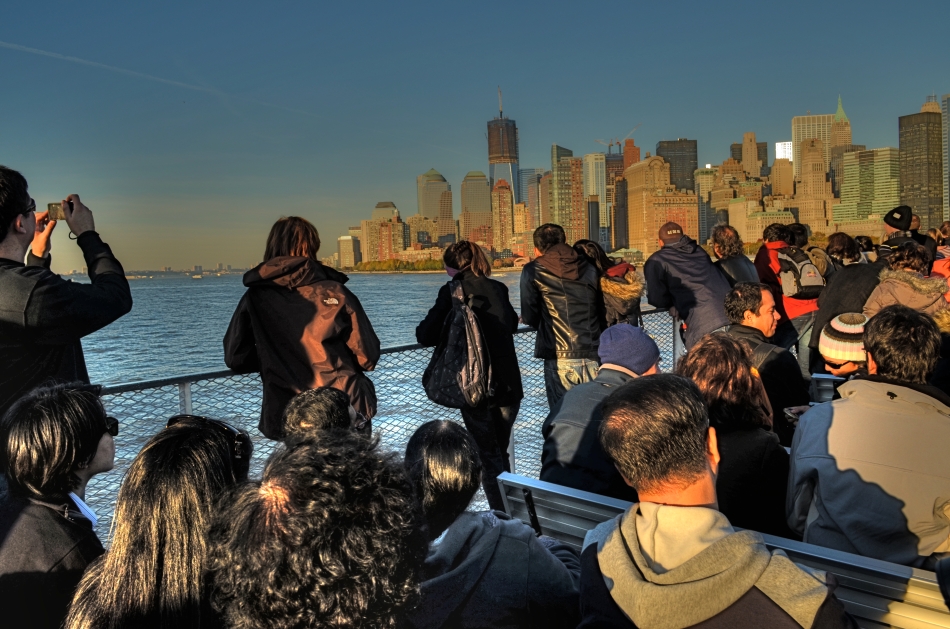 Returning from Liberty Island and Ellis Island in November 2011, a packed tour boat’s passengers crowd the rail for a view of WTC 1, rising as the new king of the New York skyline.

This month’s announcement that the new WTC 1 (built on the site of the old 6 World Trade Center building, itself a rather short edifice) has finally surged past the height of the Empire State Building (a repeat champ for height, given the strange twists of history) is a bittersweet bulletin at best. Cheers turned to tears turned back into cheers. In the  long-view, the inevitable breathe-in-breathe-out rhythm of NYC’s centuries-old saga,  the site’s entire loop from defeat to defiant rebirth is only a single pulse point. Still, on a purely emotional, even sentimental level, it’s thrilling to see spires spring from the ashes. The buildings themselves, along with their daily purposes and uses, hardly matter. In a city of symbols, they are affirmations in an age when we need to remain busy being born.