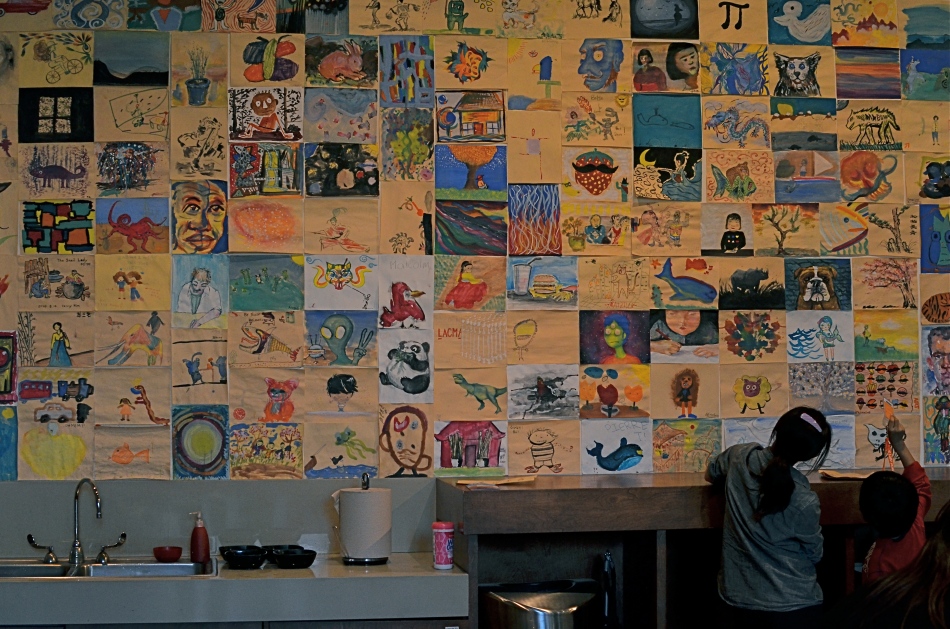 THE FRAME, AS IT HAS BEEN EMPLOYED IN PHOTOGRAPHY, is the visual element that truly sets the terms on which we will engage a picture. The decision of what to include or exclude in the shooter’s specifically defined little universes is the closest one can come to absolute godlike power. Frames enter us into an informal agreement with the photographer, a handshake deal that, yes, we will accept that you are presenting a world bordered by your own vision…whatever its strengths and limits. We enter an image by plunging past the edge of the frame, like the holiday party in Mary Poppins leaping into a sidewalk chalk sketch.

The fun variant in this happens when arrangements of smaller frames arranged within the master frame suggest themselves as a composition that can tell a story all by itself. Odd as it sometimes seems to take “pictures of pictures”, the results can be wonderful, or at least something beyond the mere act of recording. An image showing a wild mass of pinned-up photos of missing persons which is oddly more powerful than a portrait of any one person within it. A wall of randomly sized works within a gallery.  A totality of small pictures achieved by merely stepping back, and providing the group with a defining perimeter.

I recently had the good luck to wander into a room within the Los Angeles County Museum of Art (LACMA) that took me beyond the formal exhibits to a place where a completely new kind of art is constantly being generated. In this room, a children’s art studio, there are no “schools” of painting or “periods” of drawing, just the energetic surge of young minds bursting into productivity on a daily basis. And there, along an entire wall of the workshop, stretched an enormous montage of works of every kind. No themes, no commonalty of conception, just raw, unafraid imagination. The wall, and the two people scanning it (one adult, one child) provided all the story anyone could ever need. The picture took itself.

The frame can frame other frames, and, in doing so, tell very specific truths. It’s a gift when it happens. And there isn’t a photographer alive who doesn’t love a freebie.

This entry was posted on April 8, 2013 by Michael Perkins. It was filed under Composition, Frame, Framing .