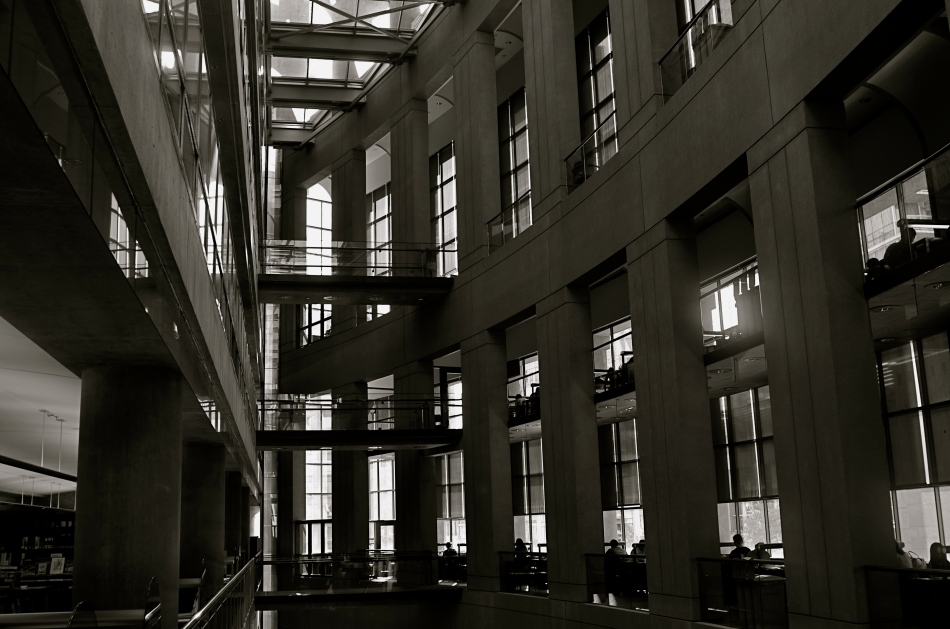 The future: In the grand atrium at Vancouver’s public library (opened in 1995).

THE BUILDING YOU SEE HERE may not, on first glance, match your sensory memory of what a “public library” is supposed to look like. However, step into this amazing complex on West Georgia Street in Vancouver and you will certainly see, from every angle of its curvy vastness, the public….buzzing away at research, cozying next to comfy reads in cafes, tucked away in private warrens of study and solitude. 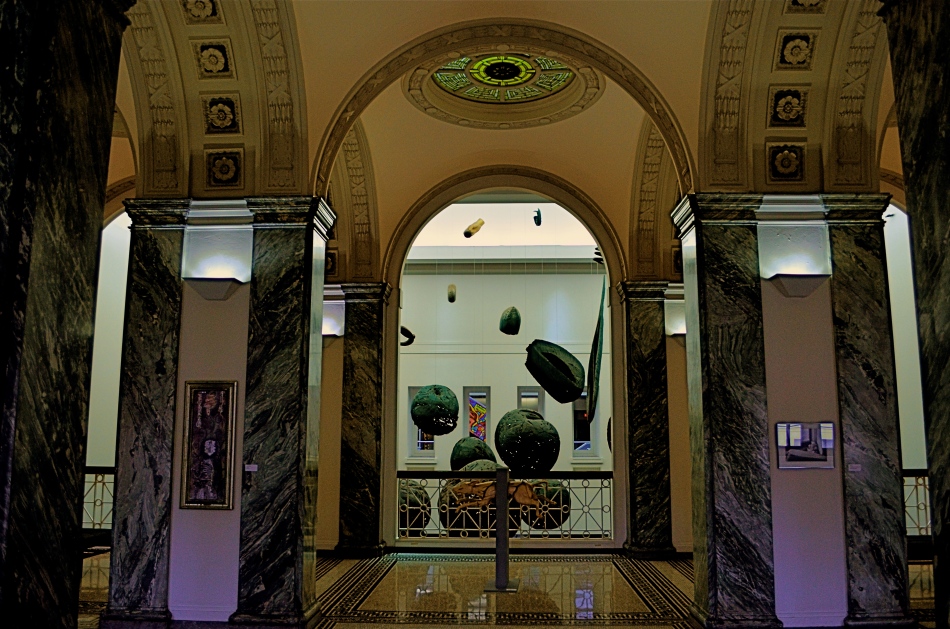 The venerable past: the mezzanine at the central branch of the Metropolitan Library in Columbus, Ohio (opened in 1907).

One of photography’s functions is to chronicle the public space that mankind creates, and how it occupies that space. And visually, there can be no greater illustration of the changes in how that space is defined than in the architectural evolution of public libraries. More than mere warehouses for books, libraries were the first common gathering places in our young republic, no less important than legislatures or marketplaces. Indeed, we built many libraries to be brick and mortar celebrations of learning, grand, soaring temples to thought, arrayed in oak clusters, dizzying vaults, sprawling staircases, and mottoes of the masters, wrought in alabaster and marble. To see these spaces today is to feel the aspiration, the ambitious reach inside every volume within the stacks of these palaces.

The library, in the twenty-first century, is an institution struggling to find its next best iteration, as books share the search for knowledge with a buffet of competing platforms. That evolution of purpose is now spelled out in new kinds of public space, and the photographer is charged with witnessing their birth, just as he witnessed the digging of the subways or the upward surge of the skyscraper. New paths to fortune are being erected within the provocative wings of our New Libraries. Their shapes may seem foreign, but their aim is familiar: to create a haven for the mind and a shelter for the heart.

There are legends to be written here, and some of them will be written with light….. 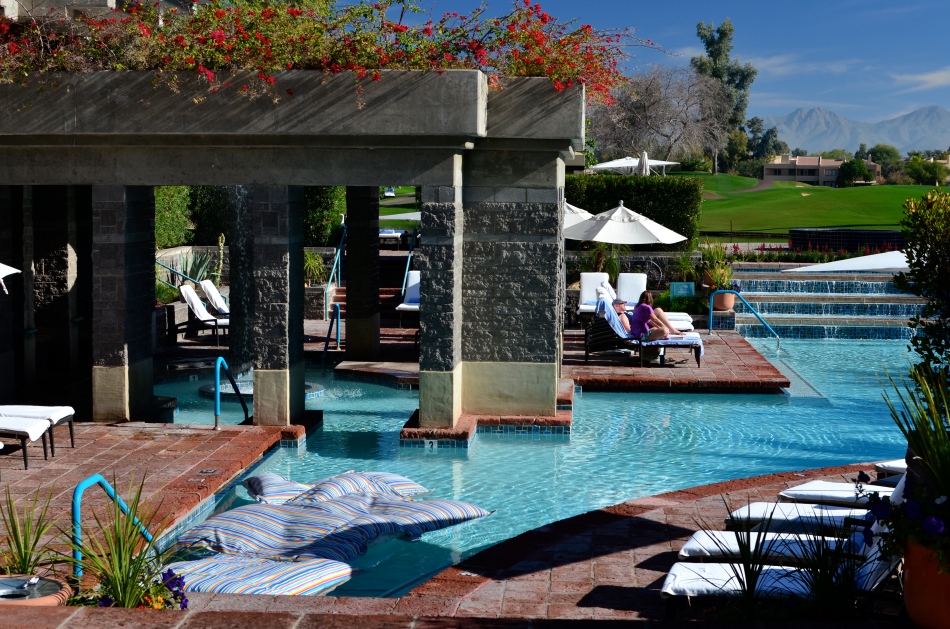 PUBLIC SPACES OFTEN LOSE THEIR POWER AS GRAND DESIGNS once they actually are occupied by the public. If you have ever leafed through books of architectural renderings, the original drawings for squares, plazas, office buildings or other mass gathering places, the elegance of their patterns is apparent in a way that they cease to be, once they are teeming with commuters or customers.

This doesn’t mean that humans “spoil” the art of architecture, however, the overlay of drama and tension created by the presence of huge hordes of people definitely distracts from an appreciation of the beauty that is so clean and clear in a place’s sketch phase. Photographically, people as design objects tend to steal the scene, if you will, making public settings less dramatic in some ways. That’s why I like to make images of such locales when they are essentially empty, since it forces the eye to see design as the dominant story in the picture. I suppose that I’m channeling the great designers and illustrators that influenced me as a young would-be comic book artist. It’s a matter of emphasis. While other kids worked on rendering their superheroes’ muscles and capes correctly, I wanted to draw Metropolis right.

I recently began driving to various mega-resorts in the Phoenix, Arizona area to capture scenes in either early morning or late afternoon. Some are grand in their ambition, and more than a few are plain over-the-top vulgar, but sometimes I find that just working with the buildings and landscaping as a designer might have originally imagined them can be surprising. Taking places which were meant to accommodate large gatherings of people, then extracting said people, forces the eye to align itself with the original designer’s idea without compromise. Try it, and you may also find that coming early or staying late at a public area gives you a different photographic perspective on a site. At any rate, it’s another exercise in re-seeing, or forcing yourself to visualize a familiar thing eccentrically.