WHEN SHARP IS DULL

Heavy on the soft sauce, and yet, in the moment, I felt turning away from uber-sharpness was the right choice.

THE CONCEPT OF SHARPNESS IN PHOTOGRAPHY IS AS OLD as photography itself, and remains one of the most sought-after qualities in lens performance. For many, it is the measure of the quality of a recorded image.But just because an idea is old doesn’t make it true. And so sharpness, at least to me, is just like any other element in a well-made picture. That is, it’s negotiable, not absolute.

At photography’s birth, sharpness made a strong argument for the mechanical accuracy of cameras. It was the main reason to trust a machine over the human eye, to choose recording reality with a mysterious box instead of rendering it with a paint brush. Many early lenses were, in fact, fairly soft, and so the “goal” of eventually perfecting sharpness became the impetus to develop better optics and to create a perpetual market for new advances among consumers. Built-in obsolescence.

But lenses are not merely recording devices, like seismographs or thermometers. They are tools, which, in the hands of vastly different users, can and should render vastly different results. Certainly it was always easy for manufacturers to sell users on the idea that sharpness, all by itself, was the thing that made a lens “good”, and to train those same users to want to upgrade constantly in some pursuit of precision. But at some point sharpness became optimized even in the cheapest lenses, with most cameras making images extremely crisp even at huge sizes and certainly as sharp or sharper than the acuity of even the healthiest human eye. Thing is, as this race for precision was afoot for over a century or more, some photographers also wanted to use that same precise gear to create things whose lack of ultra-sharpness was their appeal, their most effective means of communication. Movements in every culture began to emerge in which razor-keen focus was not the most desirable element, nor even, in some cases, a consideration at all. For these shooters, then and now, sharp was dull.

Only you can decide whether your pictures gain or lose by a traditional adherence to sharpness, just as all musicians do not play the same sheet music at the same uniform volume. Like anything else in your bag of tricks, focal faithfulness is a guideline, not a commandment. I know many who would reject the image seen at left as far too ill-defined, while others would embrace its deliberate softness as far more warm and intimate than a tack-sharp shot. Thing is, they are both correct under the appropriate circumstances. There are technical limits and better/poorer regions in even the best lens, and trying to completely eradicate softness from end to end of the frame is like looking for the perfect man/woman to spend your life with. Every piece of your equipment has things it does marvelously well and things it can never do. Know that information, and work it to get what you want. But don’t for a moment think the perfect lens is “out there somewhere”, just waiting for you to buy it and fix all the problems with your photography. We love shooting with these little boxes, but only when we think outside them do we really start making pictures that matter.

THE LONGER YOU’RE INVOLVED IN PHOTOGRAPHY, the greater chance there is that, at some point, you’ll at least wonder if a telephoto lens should be in your arsenal of gear. As with any other lens, I believe that, over time, the need for a zoom will become fairly obvious….either obviously needed or obviously superfluous. That is, your shooting will drive your technical needs and dictate what you deem as essential equipment.

That means not buying any lens, especially a zoom, before you find yourself in repeated situations where it might have made the difference in your work. The reason I deliberately state what should be a “duh”-type truth is that there are still some photographers who gear up with everything under the sun before they demonstrate their strengths or desires by the kind of images they pursue. This means that you don’t buy lenses and then try to find a use for them. Working that way all but guarantees that the things you never evolved a genuine need for wind up consigned to the top of the hall closet or on a yard sale table.

So let’s go back to the example of telephotos. It’s completely possible that your particular work will never indicate that you need one. I can cite many amazing photographers that seldom, if ever, use them. I myself have only one modest 55-300mm zoom, which I can safely is in use once, maybe twice a year. And that’s a net increase in its use, due to the fact that I now spend increasingly more time accompanying my wife on her birdwatching expeditions. Even at that, I seldom use the things for actually photographing birds. My eye is far too untrained to locate them in most cases, and I am just as content to use the 300mm for landscapes, macros and other wildlife. Were I bitten as hard by birding bug (bug?) as Marian, I may already have ponied up the dough for a more powerful version of what I use. But bitten I am not, and so I am stuck with my original biases against zooms…..that is, that they are generally too slow, too dark, too poor at color rendition, and supremely aggravating to focus on the fly. Am I grossly over-generalizing? Of course. But you judge these things on your own results (indifferent) and your own limits (considerable).

In the view you see here, I am almost at the extreme limit of my 300’s usefulness, with my bullfrog quarry about thirty yards away, making him a medium-large speck in the viewfinder even when I’m fully zoomed out. This means that locking auto-focus on him will be strictly hit-or-miss, necessitating a shoot-check-shoot-check cycle in an effort to catch the toad before he can get bored and blow the scene. And that’s assuming that I can get auto-focus to lock at all. In many cases, going manual will keep me from issuing a verbal blast of mostly blasphemous bile in getting the shot, but even that is no guarantee when working hand-held. Are we having fun yet? My point is that, at least for me (notice the italics), zooms trade access for precision and speed. Sometimes, as in the marginally lucky result you see here, the trade-off is worthwhile. Other times….

So, to my earlier point. I could trade up to a more powerful zoom, if I were to demonstrate a need for one by the typical work I produce….. and if I decide to give up food and shelter to finance the thing. Again, the idea is….let what and how you shoot dictate what you’ll buy to shoot with. From where I stand, one frog a year still doesn’t scream ‘buy more glass”. As always, what makes some of us grin makes others of us grimace. And vice versa.

OF BIRDS AND BARRIERS 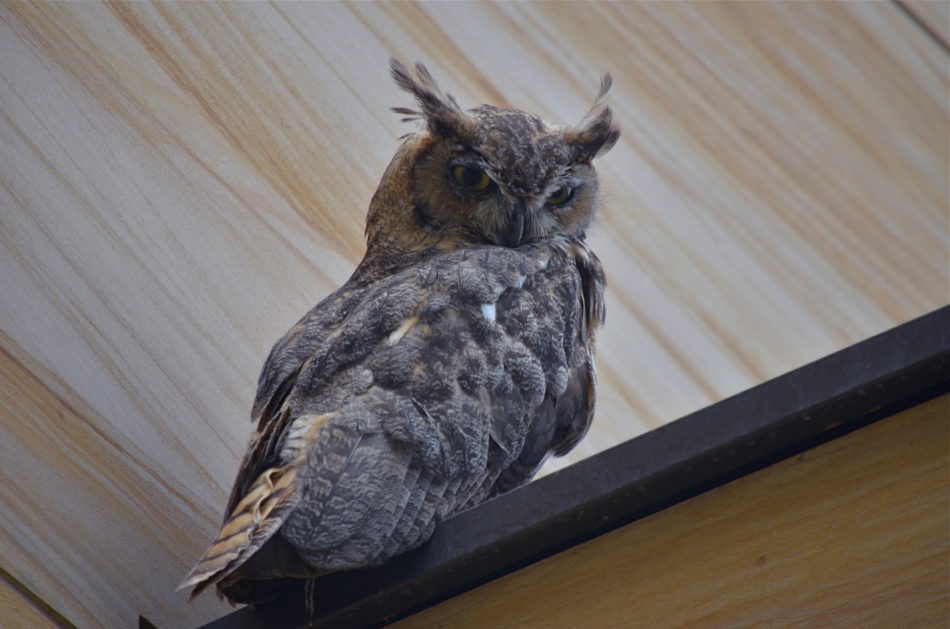 PHOTOGRAPHY IS ART’S GREATEST “DEMOCRATIZER“, a medium that levels the playing field for creative minds as no other medium can. “Everyone gets a shot”, goes the old saying, and, today, more than ever, the generation of images is so available, so cost-effective that almost anyone can play.

Yes, I said almost. Because even as cameras become so integrated into our devices and lives as to be nearly invisible, there is at least one big stump in the road, one major barrier to truly universal access to image-making. That barrier is defined by distance and science.

For those longing to bring the entire world ever closer, zoom lenses and the optics they require still slam a huge NO ADMITTANCE door in front of many shooters, simply because their cost remains beyond the reach of too many photographers. Lenses going beyond around 300mm simply price users out of the market, and so keep their work confined in a way that the work of the rich isn’t.

Look at the metadata listed in the average “year’s best” or “blue ribbon” competitions in National Geographic, Audubon, Black & White, or a score of other photo magazines. Look specifically at the zoom ranges for the best photos of birds, insects and general wildlife. The greatest praise is heaped on images taken with 400, 600, 800mm glass, and rightfully so, as they are often stunning. But the fiscal wall between these superb optics and users of limited funds means that many of those users cannot take those images, and thus cannot compete or contribute in the same way as those who can afford them. For an art that purports to welcome all comers, this is wrong.

The owl image at the top of this post fell into my lap recently, and I was able to take advantage of this handsome fellow’s atypical appearance at a public place with the help of a 300mm lens. But that’s only because (A) he was still only about forty feet away from me, and (B) he is as big as a holiday ham. If he and I had truly been “out in the wild”, he would have been able to effectively enforce his own no pictures today policy,  as I would have been optically outflanked. Two options would thus emerge: drop thousands for the next biggest hunk of glass, or take pictures of something else.

I am for anyone being able to take any kind of picture, anywhere, with nothing to limit them except their vision and imagination. Unfortunately, we will need a revolution on the high end of photography, such as that which has happened on the entry level, to make the democracy of the medium universal and complete. We need an “everyman” solution in the spirit of the Kodak, the Polaroid, and the iPhone.

The world of imaging should never be subdivided into haves and have-nots.