THE PICTURE YOU SEE HERE is not the type of photo I typically do a lot. And that’s odd, because it seems, in some way a prime example of what we all seek when we go out to photograph. Use your own term for it…slice of life, the common man, street photography..the list of names is long, but the idea is the same: the practice of recording something of life, from life, that reminds us of our universal humanity in some small way.

Maybe that word small is the key to it. In normal times (remember those?) we hardly blink at the millions of wee moments that aggregate to the total of our sense of “normalcy”. And if we don’t notice these millions of mini-moments ourselves, we trust artists to notice them for us, to amplify the ordinary into the marvelous. But the artist’s eye can fail as well, can become blind to minutia, aiming for bigger game to portray or preserve. The mega-calamities; the earthquakes; or, in the current world context, the boarded-up shops and empty streets. Everyone wants to take The Big Picture that explains it all, and it’s easy to forget that a large tapestry of tiny testimonies, mini-moments, can be woven into a Big Picture as well.

Even in these soul-testing times, the scene shown here is hardly front page news; Couple Walks Dog. And yet, its very ordinariness (may not be a word, look it up, campers) can be reassuring in a time when routine has been ripped to rags and not much can be taken for granted. In such a world, a child’s laugh, a sunlit hollow, a scene that appears to be part of An Uninterrupted Life, can become precious. Hardly forty-eight hours has passed since I shot this picture, and yet, in that short span of time, it has gone from a casual snap to something I hold to be precious. Certainly not for any innate skill in its execution or groundbreakingly fresh approach, but, again, for the appearance that, despite everything, some things will go on, and that we can well afford, in this superabundance of spare time, to slow down and savor them.

One of the wondrous things that was lost in the transition from analog to digital photography was the deliberateness, the necessary caution and calculation that used to go into the making of every shot. Mistakes were costly and gratification was delayed, and our slower, more reflective method reflected that. Maybe, during this forced time-out, the best thing we can do for our photographer’s eye is to allow it to notice more of everything, to slow our roll and harvest the million little fireflies that have always been swirling about our unseeing gaze.

I’M BIG ON CELEBRATING THE FACT THAT DIGITAL TECHNOLOGY HAS REMOVED THE LAST FEW BARRIERS to photography being truly democratic. Just as the introduction of the Kodak Brownie in 1900 moved picture-making out of the salons of the privileged few and into the hands of John Q. Everyman, digital has been another quantum leap toward a level playing field, putting cameras almost literally into everyone’s hand. This, as with all mass movements, has both its pluses and minuses.

Digital photography has actually improved one democracy (everyone can afford to shoot) and created a second one (everyone can afford to fix what they shoot). For nearly the entire film era, processing after the shutter click was, for many of us, a luxury item. For initial developing, we defaulted to the guy at the regional Kodak plant or the corner Rexall. True hobbyists and professionals wielded most of the tools available for drastic makeovers of images, with most of us merely accepting what we got. Our near misses simply went into the loss column, while others‘ near misses could sometimes be revamped into acceptable, even exceptional photos. The titans of the photographic world (Ansel Adams and others) were renowned for their ability to creatively manipulate negatives into prints of rare art. Most of the rest of us clutched our Instamatics tightly and hoped for the best. 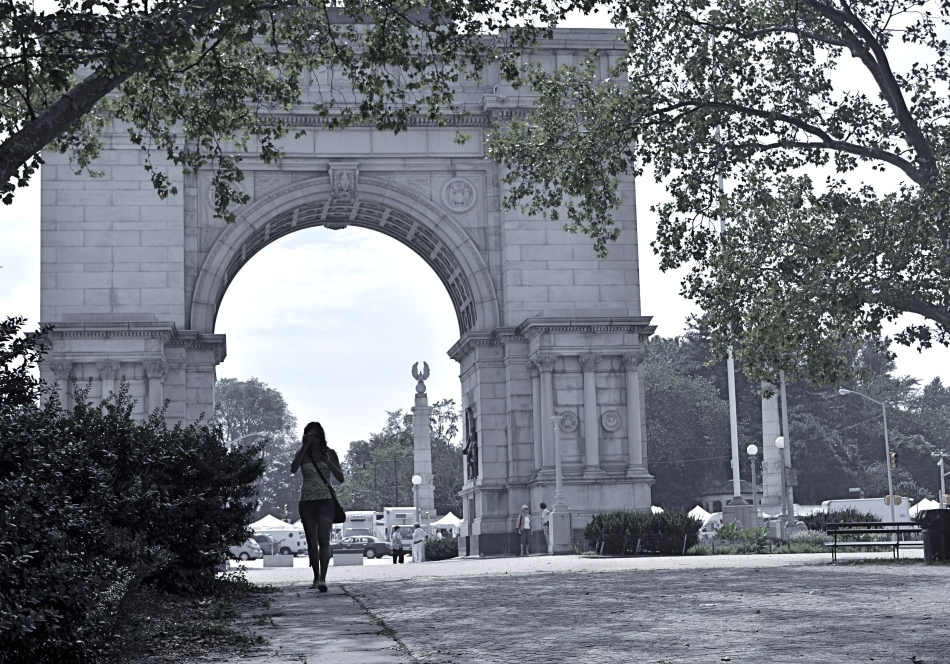 Unfortunately, digital has over-corrected a bit in giving Everyman the chance to salvage more shots. Instead of developing habits that are, say, 75% good shooting and 25% good processing, we have instead veered toward the opposite, with more time than ever spent “fixing” shots that were ill-conceived in the first place. Moreover, many of these fixes, mounted on apps, are general, one-click options that deny us the finely tuned control that a good film era darkroom rat would have acquired. We have gained access to the information highway, but we still drive like teenagers. We are all over the road.

I see more professionals advocating a return,not to the format of film, but the shooting discipline of film. How differently would we shoot, for example, if it were still true that we wouldn’t have a lot of options for fixing our shots later? What strategies would develop if we had to make or break our shots in the camera, without any opportunity for tweaking them thereafter? Most importantly, which of our images could stand alone as straight out of the camera executions, as products of real, hard-earned skill rather than the comfort in knowing we could probably crop, resize, re-color or repair almost anything?

Now, I am not suggesting we all go back to making our furniture out of pine logs. I am not the last guy in town to trade in my horse for a Model A. I merely think that we need to re-introduce self-reliance into the picture-making process, to shoot as if it’s all on us, as if no Tech Avenger will ride to the rescue if we blow the shot in-camera. In fact, I am arguing for what I always argue for….personal responsibility for getting the shot right in the moment. Frame it, conceive it, expose it right the first time. It teaches us better habits, it increases our actual knowledge of what we’re doing, and it speeds our advancement as nothing else can.

Digital is a fabulous box of paints. Now we need to re-learn how to hold the brush.