PHOTOGRAPHERS HOVER AROUND URBAN RUIN LIKE MOTHS AROUND A FLAME. It’s just a thing that we do. Not by sifting through the ashes of Babylon, Rome or Athens so much as the demolished details of abandoned malls, stores or gas stations. There is a kind of reverence for those banal or ugly things that had their brief moment at the top of the news, then rolled backwards into rot. Shooters love trying to mine ugliness in search of Higher Truth. But when we do this, we’re only doing half the job.

A country the scope and breath of America enshrines plenty of greed and stupidity in brick and steel, but so do the near-miss dreamers, the visionaries whose grand prophecies might have made our lives better. They leave behind their legacies of litter no less than the rapacious developers, and they deserve to have those failures immortalized by the camera as well.

Touring the fifteen-acre architectural tomb that is Arcosanti, a disintegrating “urban laboratory” sixty-five miles outside of Phoenix, Arizona is to see where Disney turns into Dystopia. The miniature model city, conceived by architect and urban planner Paolo Soleri in the 1970’s is, three years after his death, still uncompleted, baking in the desert sun, its proud dream of responsible urban density and communal harmony a hallowed-out echo. While the rest of us wore our vegetable-dye shirts on the first Earth Day, Soleri dreamt of a society where we built up instead of out, chose spirituality over sprawl, yearned to chuck our planet-killing cars for a tight, efficient village designed to give the planet a chance to take a clean breath.

It didn’t work, and there are more reasons why than there are residents at Arcosanti, where 5,000 people were supposed to co-exist in ecstasy but where, today, fewer than 60 actually dwell. The common buildings, the amphitheatres, the beehive apartments heated by recycled sunshine still function, after a fashion, but they are losing their battle with nature as the rugged basalt mesas in the neighborhood lash them with harsh winds that peel paint, crack concrete, mock the grand vision.

Photographers are reporters, so in our fascination with the ruin of the past, we would do well to document not just the rotted remains of New Valley Mall, but also the places where poets tried to change the narrative. 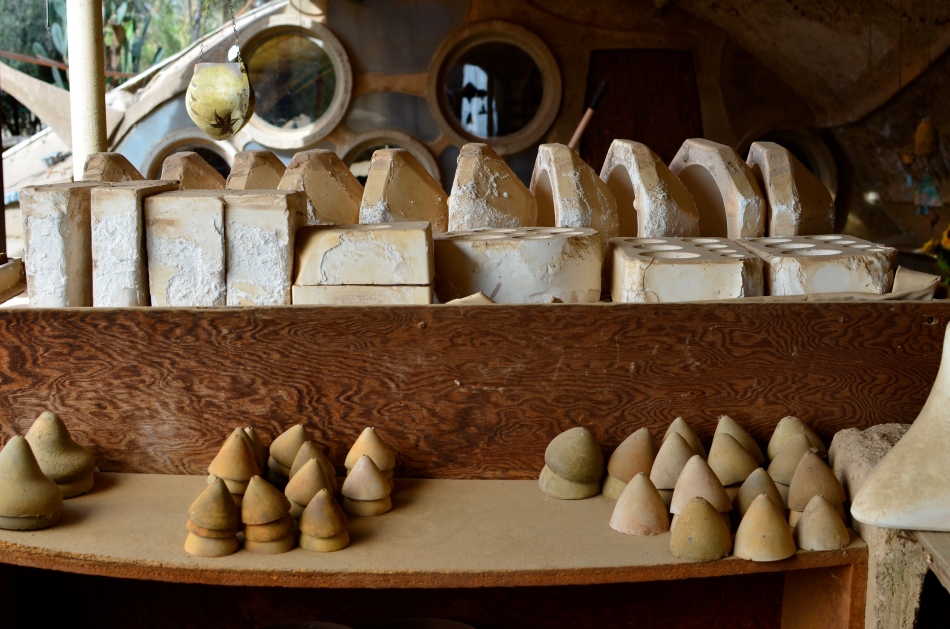 IN 1956, ARCHITECT PAOLO SOLERI BEGAN THE FIRST MINIATURE DEMONSTRATION OF WHAT WOULD BECOME HIS LIFE’S WORK, an experimental, self-contained, sustainable community he called Cosanti. Erecting a humble home just miles from his teacher Frank Lloyd Wright’s compound at Taliesin West, in what was then the wide-open desert town of Paradise Valley, Arizona, he started sand-casting enormous concrete domes to serve as the initial building blocks of a new kind of ecological architecture. And, over the next half-century, even as Soleri would call Paradise Valley his home, he would construct bigger versions of his dream city, now renamed Arcosanti, on a vast patch of desert between Phoenix and Flagstaff.

The project, which at his death in 2013 was still unrealized, was funded over the years by the sales of Soleri’s custom fired bronze and clay wind bells, which became prized by Arizona visitors from all over the world. At present, his early dwellings still stand, as do the twisting, psychedelic paths and concrete arches that house his smelting forges, his kilns, the Cosanti visitor center, and a strange spirit of both wonder and dashed dreams. It is a magnificent ruin, a mad and irresistible mixture of textures for photographers. 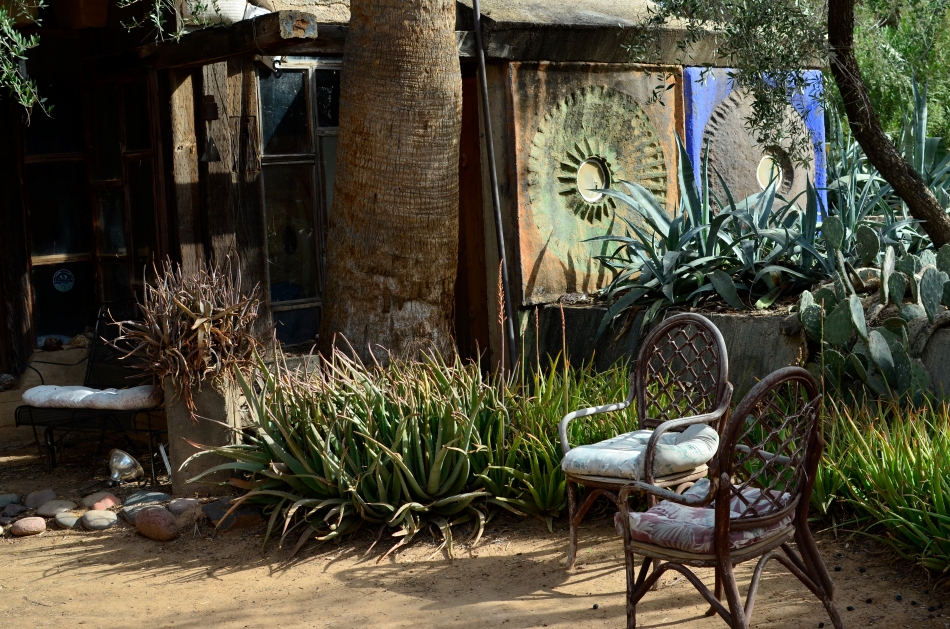 Name the kind of light…….brilliant sun, partial shade, catacomb-like shadows, and you’ve got it. Name the material, from wood to stone to concrete to stained glass, and it’s there. The terrain of the place, even though it’s now surrounded by multi-million dollar mansions, still bears the lunar look of a far-flung outpost. It’s Frank Lloyd Wright in The Shire. It’s Fred Flintstone meets Dune. It continues to be a bell factory, and a working architectural foundation. And it’s one of my favorite playgrounds for testing lenses, flexing my muscles, trying stuff. It always acts as a reboot on my frozen brain muscles, a place to un-stall myself.

Here’s to mad dreamers, and the contagion of their dreams.