IT TAKES A THIEF

In this composition, people become mere design elements, or props. To get this look, a single exposure was duped, the two images were re-contrasted, and then blended  in the HDR program Photomatix for a wider tonal range than in “nature”.

THE GREAT STREET PHOTOGRAPHERS OF OLD WERE ALL WILY, SLY THIEVES, capturing their prey in emulsion. Yes, I know that the old superstition isn’t literally true. You can’t, in fact, imprison someone’s soul inside that little black box. And yet, in a sense that is very personally felt by many of our subjects today, we are committing an “invasion” of sorts, a kind of artsy assault on the self. Oddly, the same technique that gets you admired when you successfully capture a precious quality of someone else’s face makes you despised when you’re sneaking around to get my picture. Whether street shoots are inspired or reviled is largely a matter of who is being “violated”.

We’ve all heard about Henri Cartier-Bresson, covering the bright chrome trim of his Leica with black electrical tape, the better to keep his camera “invisible” to more of his subjects, as well as the through-the-overcoat candids shot on the New York subway by Walker Evans. And then there is the real risk to personal safety, (including being arrested, jailed, and physically threatened)  undertaken by Robert Frank when taking the small-town shots for his legendary street collection, The Americans in the 1950’s. And while most of us aren’t risking incarceration or a punch in the snoot when framing up a stranger, sensitivity has accelerated, as cameras have proliferated into the millions, and personal privacy has, in the digital era, been rendered moot.

Every street shooter must therefore constantly re-negotiate the rules of engagement between himself and the world at large. Is the whole of society his canvas, or is he some kind of media criminal, seeking to advance his own vision at the expense of others’ personhood? I must admit that, at times, I tire of the endless calculation, of the games involved in playing “I’m-here-I’m-not-really-here” with individuals. When my fatigue reaches critical mass, I pull back…..way back, in fact, no longer seeking the stories in individual faces, but framing compositions of largely faceless crowds, basically reducing them to design elements within a larger whole. Malls, streets, festivals…the original context of the crowds’ activities becomes irrelevant, just as the relationship of glass bits in a kaleidoscope is meaningless. In such compositions, the people are rendered into bits, puzzle pieces…things.

And while it’s true that one’s eye can roam around within the frame of such images to “witness” individual stories and dramas, the overall photo can just be light and shapes, arranged agreeably. Using color and tonal modification from processing programs like Photomatix (normally used for HDR tonemapping) renders the people in the shot even more “object-like”, less “subject-like”(see the link below on the “Exposure Fusion” function of Photomatix as well). The resulting look is not unlike studying an ant farm under a magnifying glass, thus a trifle inhuman, but it allows me to distance myself from the process of photostalking individuals, getting some much-needed detachment.

Or maybe I’m kidding myself.

Maybe I just lose my nerve sometimes, needing to avoid one more frosty stare, another challenge from a mall cop, another instance of feeling like a predator rather than an artist. I don’t relish confrontations, and I hate being the source of people’s discomfiture. And, with no eager editors awaiting my next ambush pic of Lindsey Lohan, there isn’t even a profit motive to excuse my intrusions. So what is driving me?

As Yul Brynner says in The King & I, “is a puzzlement.” 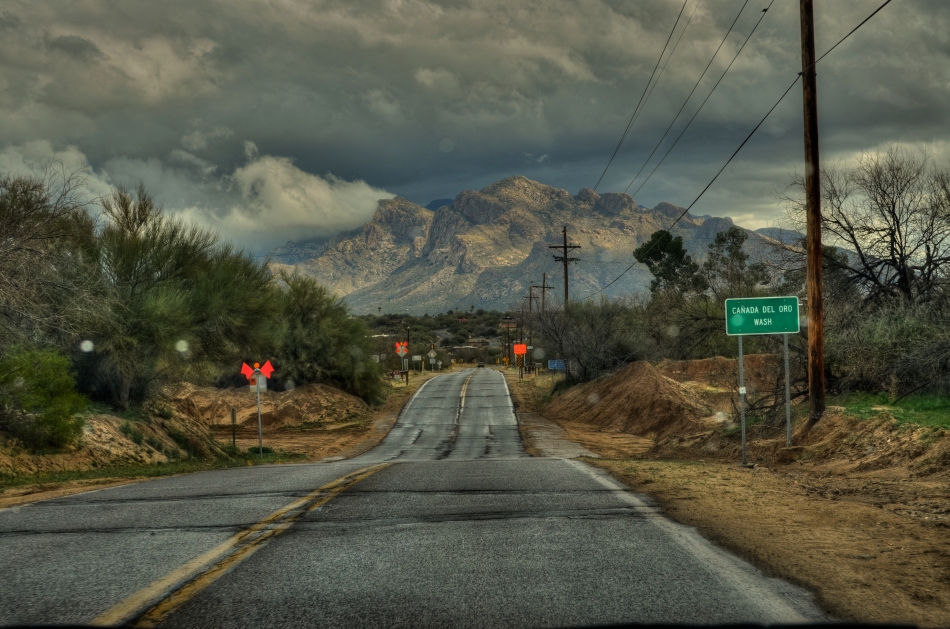 PHOTOGRAPHY IS 10% PLANNING, 90% SERENDIPITY. Yes, I know. we would all rather believe that most of our images spring from brilliant conceptions, master plans, and, ahem, stunning visions. But a lot of what we do amounts to making the most of what fate provides.

There is no shame in this game. In fact, the ability to pivot, to improvise, to make the random look like the intentional…all of these things reveal the best in us. It exercises the eye. It flexes the soul. And, in terms of images, it delivers the goods.

Getting lost (geographically, not emotionally) is less an emergency than in ages past. Armed with smartphones, GPS, and other hedges against our own ignorance, we can get rescued almost as soon as we wander off the ranch. It is easier than ever to follow the electronic trail of crumbs back to where we belong, so drifting from the path of righteousness is no longer cause for panic. Indeed, for shooters, it’s pure opportunity.

Okay, so you’re not where you’re supposed to be. Fine. Re-group and start shooting. There is something in all these “unfamiliar” things that is worth your gaze.

Last week , my wife and I decided to trust her car’s onboard guidance system. The results were wrong but interesting. No danger, just the necessary admission that we’d strayed really far afield of our destination. We’re talking about twenty minutes of back-tracking to set things right.

One of the rural roads we drifted down, before realizing our error, led us to a stunning view of the back end of Tucson’s Catalina mountains, framed by small town activity, remnants of rainfall, and a portentous sky. I squeezed off a few shots straight out of the windshield and got what I call the “essence” exposure I needed. That single image was relatively well-balanced, but it wouldn’t show the full range of textures from the stormy sky and the mountains. Later, in post, I duplicated the one keeper frame that I got, modifying it in Photomatix, my HDR processing program. Adding underexposure, deeper contrast, and a slight rolloff of highlights on the dupe, I processed it with the original shot to get a composite that accentuated the texture of the clouds, the stone,, even the local foliage. A sheer “wild” shot had given me something that I would have totally missed if the car’s GPS had actually taken us to our “correct” destination.

What was ironic was that, once we got where we were going, most of the “intentional” images that I sweat bullets working on were lackluster, compared to the one I shot by the seat of my pants. Hey, we’ve all been there.

Maybe I should get lost more often.

Actually, people have been suggesting that to me for years.

Especially when I whip out a camera.