VAN LINES USED TO GIVE OUT SMALL GRIDDED PAPER SQUARES that prospective customers could use as room diagrams for the planning of their next homes. The fancier versions even came with pre-cut geometric shapes that you could place on the squares, to see if the couch would look good next to the settee, or whether the piano should go along the north wall. It was like paper dolls for easy chairs and coffee tables.

I recall those squares whenever I’m trying to photographically visualize the optimum composition of large spaces, especially if I’m lucky enough to do so from an elevated spot. Immense rooms start to look like rectangles within rectangles, squares butted up against other squares. Dividing lines between action and dead space begin to appear. Cropping parameters suggest one scheme, then argue for another. With enough time, a kind of strategy emerges for what should go where, much like those intricate battle maps used to illustrate the engagements in Ken Burns’ The Civil War. 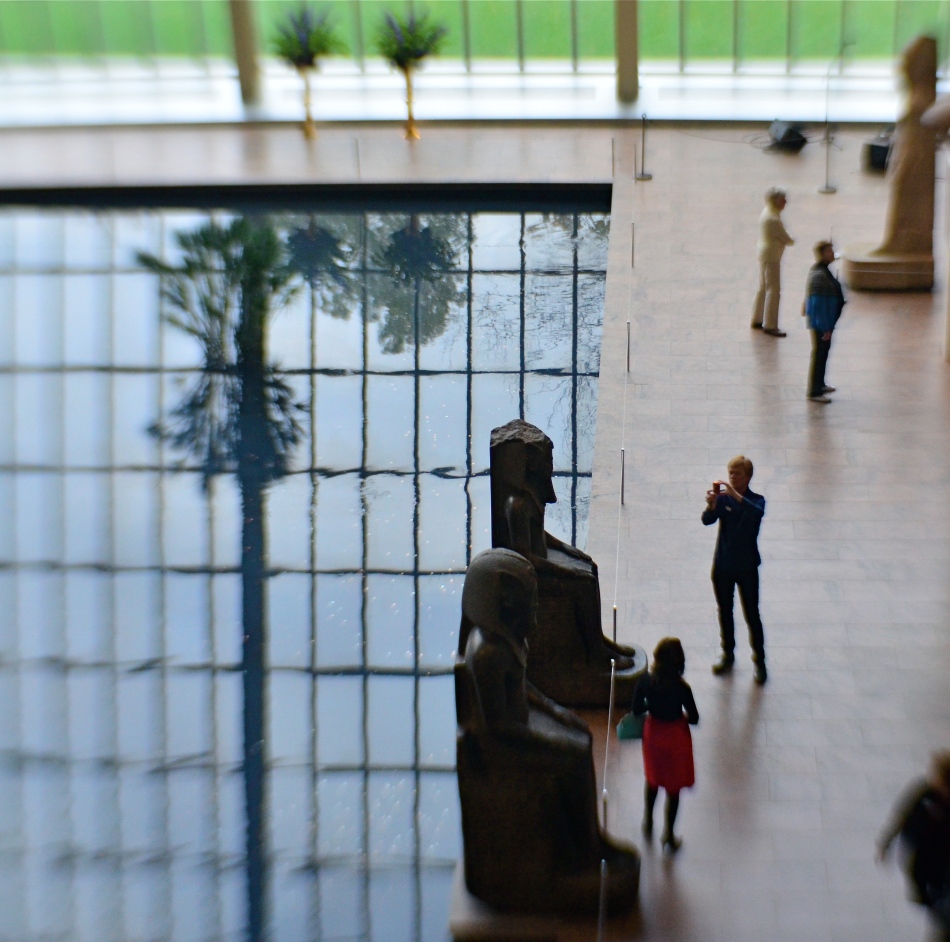 One square, or an assembly of squares?

The balance of “live” and “dead” space in public gathering places (like the museum seen here) has to carefully organized, since both kinds of space have their own special narrative power, and can intrude on each other if not orchestrated. In the above image, it’s almost as if the active roles by the tourists on the right ought to be contained, in order to avoid disturbing the abstract patterns on the left. A different method might also see the entire outer frame as a series of smaller squares and rectangles, just as a chessboard is a square composed of an infinite number of lesser squares. Depends on your eye.

Composition, if done at leisure rather than haste, is a negotiation, a bargaining session in which every inch of photographic real estate must earn its place in the final picture. It’d be glib to merely say “there’s no right answer”, but, if you look at images resulting from certain choices, it becomes apparent that such a statement cannot be true. Right will feel right. Wrong will always feel like you put the piano in front of the picture window. Not horrible… but not correct, either.

THE PLACES THEY LIVED 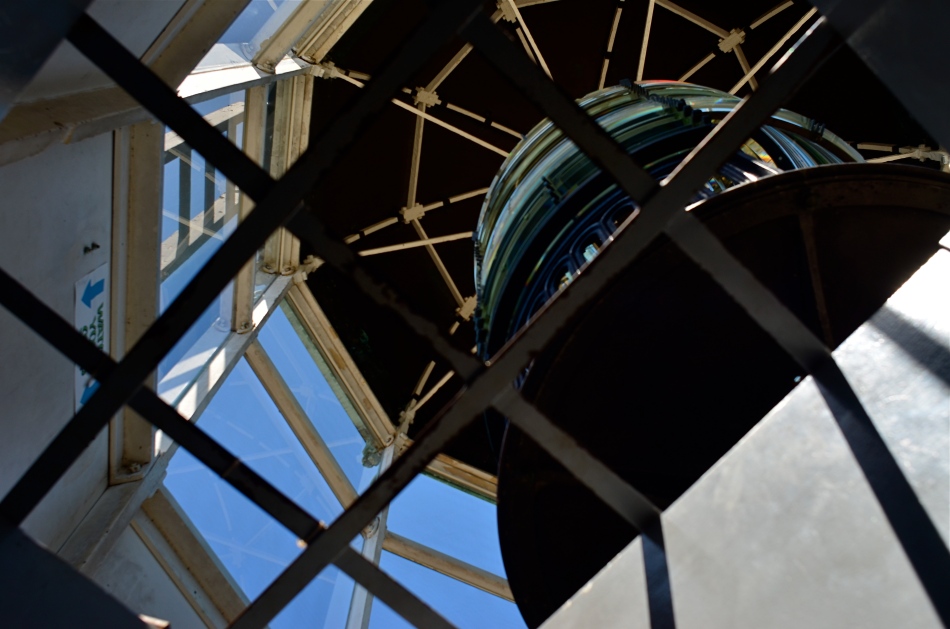 PHOTOGRAPHERS INSTINCTIVELY SEEK OUT VARIATION. We spend so much time looking at so much of the world that a lot of it starts to sort itself into file folders of things, patterns, or places, pre-sorting our pictures into this or that category. Sunsets: see Nature. Famous Buildings: a sub-set of Travel. And so on, until we are fairly starved for some visual novelty to shock us out of our slumber and spur us on to new ways of seeing.

One of the things that settles most readily into sameness is the human dwelling. Most of us live in some kind of basic four-walls, bedroom-kitchen-bath sequence, making our living spaces fairly predictable as subject matter. By way of awe and admiration, the real geniuses of, magazine illustration, to me, have always been the “house beautiful” photographers, since they must spend year after year making Mr.& Mrs. J.D. Gotmore’s McMansions seem unique and bold. That said, there is something about nearly everyone’s castle that might be distinctive, even revelatory, about the people who live within. It’s all in your approach.

I love to explore the places where people are forced to improvise living spaces either near or as part of their work, places that usually exist in stark isolation as compared to the crush of crowded urban centers. In the above image, I was allowed to climb to a small viewing angle of the beacon room atop a coastal lighthouse in San Diego, and, perhaps because I was limited to a shooting stance below the surface of the room’s floor, the resulting photo further exaggerated the confined, angular working space, which sits above living areas further down the house’s twisty central staircase.

These areas pose more questions than they answer. What is it like to have this building be your entire world for long stretches of time? What kind of person can do this work? What is the center of this unusual story? The blurring of boundaries between working and living areas is among the most novel material a photographer can tackle, since it contains one of the things he craves most….mystery.