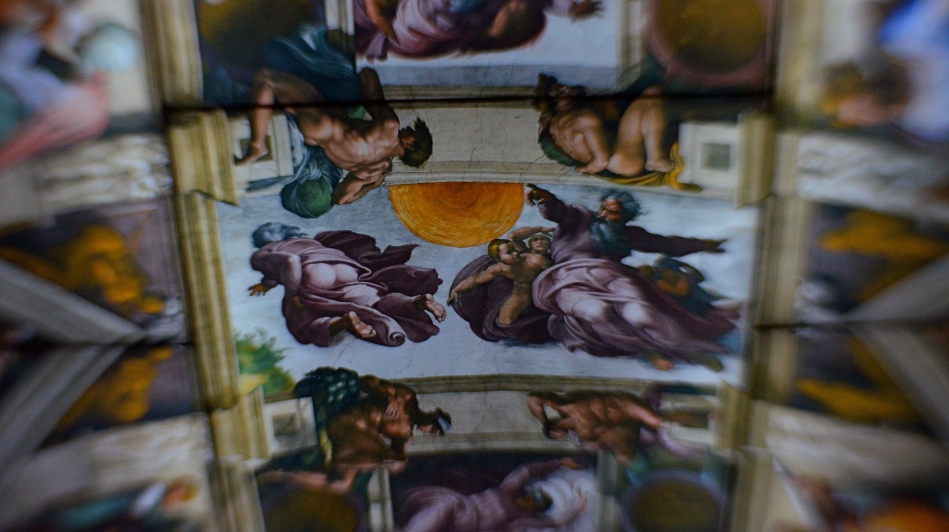 IT SEEMS ODD to hear someone refer to part of their photographic output as “abstract”…..as if the rest of their work somehow isn’t. I guess it depends on what you believe the word ” abstract” means, as well as what is meant by other words like, say, “reality”. For me , the whole discussion seems overthought. To my mind, all photography, all art is “abstract”.

To abstract something is to extract it from its original context, to re-frame it, take it from one form and paste it into another. And there is no way not to do that with a photograph. We don’t show reality. We show shards, fragments, selectively sliced slivers of time. Even if we take great care to take a no-frills, documentary approach to the recording of an image, once we click the shutter, we have abstracted that moment from reality, making an editorial choice to pluck away this instant versus all others.

One way to illustrate this process is to consider the image at the top of the page, which represents a virtually endless chain of abstraction. Thinking backwards from this photo of a museum exhibit:

In the beginning, God creates man, an abstraction of himself. Then Michelangelo creates an abstraction of God (and a lot of other Biblical superstars) by depicting Him in the act of creation, even as he (the painter) is also abstracting representations of the Creator’s creatures. Centuries later, art historians take selective pictures of Michelangelo’s massive abstractions on the ceiling of the Sistine Chapel, abstracting them further by using selected excerpts as book illustrations. Inspired by those books, curators in Manhattan create an exhibit honoring Michelangelo’s ceiling by reproducing it as a miniature, assembling a replica composed of dozens of backlit transparencies suspended over  guests at the Metropolitan museum in an artificial abstraction of the original Sistine frescoes. Finally, using a selective-focus art lens in 2017, I abstract those same guests to blobby smears of color and make editorial choices about which single panel in the faux-ceiling exhibit to shoot in sharp focus, thus hinting that it’s somehow more important than all the others.

Photographs snatch away parts of the real. To use a camera is to abstract that reality. Every snap of the shutter is a calculation of choice. Therefore choose wisely.

THE PUSH AND THE PULL

NYC: pictures of impressions of visions of dreams.

NEW YORK CITY IS A VERY IRONIC CANVAS. Artists who set brush upon that canvas may think they are attempting to depict something outside themselves, but what they show actually reveals very personal things. There are more stories than all the storytellers in the world can ever hope to render…in paint, in print, or through the lens of a camera, and while some of us entertain the notion that we are adding this commentary objectively, that, plainly, is impossible.

From handheld luggage to emotional baggage, everyone brings something to New York, layering their own dreams and dreads onto the multi-story sandwich of human experience that makes it the world’s most unique social laboratory. Hard as it is on the artistic ego, one can’t make the statement that defines the city. Wiser minds from Walt Whitman to Langston Hughes to Bob Dylan have tried, and they have all contributed their versions….wonderful versions. But the story can never be completed. New York won’t be contained by mere words and images. It is, like the song says, a state of mind.

Still, trying to scale the mountain can be fun. So, with this post, The Normal Eye has added a new gallery tab at the top of the page to share a few recent takes on my own ongoing love affair with the Apple. The title, I’ll Take Manhattan, is hardly original, but it is easy to remember. I have done essays on NYC before, but, this time out, I strove to focus as much on the rhythm of people as on the staggering scope of the skyline. New York is, finally, its people, that perpetually fresh infusion of rigor, rage, talent and terror that adds ever-new coats of paint to the neighborhoods, and this batch of pictures tries, in 2015, to show the town as it is used, by its daily caretakers. The push. The pull. The gamut of sensations from sky to gutter.

So have a look if you will and weigh these impressions against those you’ve discovered through others or developed within yourself.  Taking on a photographic task that can never be finished is either frustrating or freeing, depending on your artistic viewpoint. In the meantime, what a ride.

2014. Another year spent chasing the light.

The White Rabbit put on his spectacles. ‘Where shall I begin, please your Majesty?’ he asked.  ‘Begin at the beginning,’ the King said gravely, ‘and go on till you come to the end: then stop.’

IN A SIMPLER WORLD, THE KING OF HEARTS, quoted above in Lewis Carroll’s Alice’s Adventures in Wonderland, would be perfectly correct. All things being equal, the beginning would be the best place to begin. But, in photography, as in all of life, we are always coming upon a series of beginnings. Learning an art is like making a lap in Monopoly. Just when we think we are approaching our destination, we pass “Go” again, and find that one man’s finish line is another man’s starting gate. Photography is all about re-defining where we are and where we need to be. We always begin, and we never finish.

As 2014 comes to an intersection (I can’t really say ‘a close’ after all that, can I?), it’s normal to review what might be either constant, or changed, about one’s approach to making pictures. That, after all, is the stated aim of this blog, making The Normal Eye more about journey than destination. And so, all I can do in reviewing the last twelve months of opportunities or accidents is to try to identify the areas of photography that most define me at this particular juncture, and to reflect on the work that best represents those areas. This is not to say I’ve gained mastery, but rather that I’m gaining on it. If my legs hold out, I may get there yet. But don’t count on it.

The number twelve has become, then, the structure for the blog page we launch today, called (how does he think of these things?) 12 for 14. You’ll notice it as the newest gallery tab at the top of the screen. There is nothing magical about the number by itself, but I think forcing myself to edit, then edit again, until the thousands of images taken this year are winnowed down to some kind of essence is a useful, if ego-bruising, exercise. I just wanted to have one picture for each facet of photography that I find essentially important, at least in my own work, so twelve it is.

Light painting, landscape, HDR, mobile, natural light, mixed focus, portraiture, abstract composition, all these and others show up as repeating motifs in what I love in others’ images, and what I seek in my own. They are products of both random opportunity and obsessive design, divine accident and carefully executed planning. Some are narrative, others are “absolute” in that they have no formalized storytelling function. In other words, they are a year in the life of just another person who hopes to harness light, perfect his vision, and occasionally snag something magical.

So here we are at the finish line, er, the starting gate, or….well, on to the next picture. Happy New Year.