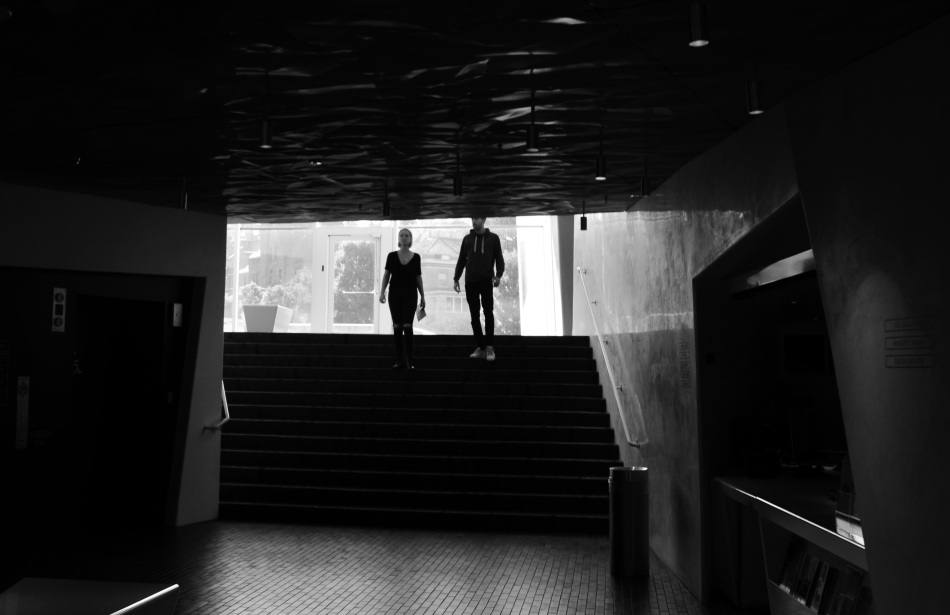 “There’s Something Happening Here….What It Is Ain’t Exactly Clear..”

PHOTOGRAPHERS ARE NATURALLY DRAWN TO TRY TO SOLVE MYSTERIES, with many pictures providing sufficient data to reveal or imply a complete story. The still image can feel confining, though, since its space and time limits are strict and unforgiving, and so, narration-wise, we ask a lot of a single frame, and, in turn, we also ask a lot of our target audiences, expecting them to infer what isn’t stated, supply in their minds what goes beyond the things we’ve chosen to show. The tension between what a photographer tries to relate and what a viewer manages to extract is strong, so strong that it can often exceed our talents. We are always trying to lock down all aspects of the tale, and sometimes we don’t succeed.

And then there is the opposite drive, the urge to remove important information from a picture, asking even more of the viewer as we purposely hold back clues. Some photographs can almost seem to starve the eye, a strange effect indeed in a visual medium. What happened before we came to this place? Who are these people? What are they here for? What happens next? Good photographers know how to amass enough information to tell a story. Great photographers can pare away so much information that their pictures become a deliberately constructed puzzle. And as for the creative process, sometimes photographers get a subject or scene in view and don’t know, ourselves, what it really is we’re seeing. Instinct pushes us ahead to click the shutter anyway, convincing us that this incomplete story may have something more to give in future.

The picture seen here is an example of something I felt was intriguing in the moment, and yet, looking at it afterwards, I’m unsure whether it works or not. There are no clear hints of what the people in it are doing. Are they mere passersby, or engaged in some special mission? Does the light create a mood of anticipation? Of concern or dread? Does the shot’s conversion to monochrome help its overall mood, or does it just make it tougher to decode? Perhaps I just reacted to the composition or the light, and nothing more. And what could someone else would bring to the picture by looking at it? The frustrating part of these kinds of inner dialogue is that there is no final answer, because I didn’t select or set up this scene with the idea of conveying anything specific. I wasn’t working with intention. As with thousands of pictures over a shooter’s life, this is an instance in which I just reacted in the moment, and the results may or may not be of any value.

Narratives are strange things. We are often not in complete control of stories as they come forth, even though we would like to believe that we always act under some kind of plan. Sometimes pictures just happen. We are either open to that success/failure coin toss or we aren’t, but our attitude will color the kinds of pictures we’re willing to make. 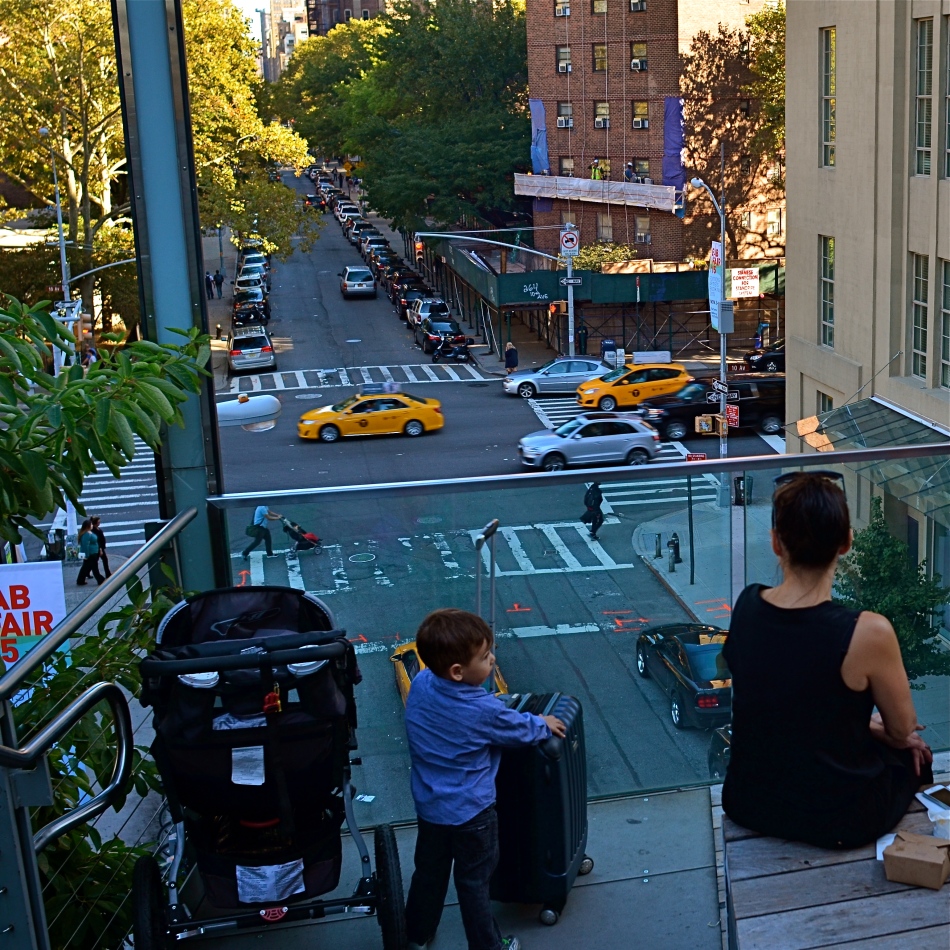 Do the woman and the child constitute a “family” in the narrative of this image?

MORE COMPOSITIONS IN PHOTOGRAPHY ARE CRAFTED AFTER THE SNAP  than naturally spring forward, fully formed, out of the camera. Frame as carefully as you may, you often find that something needs to change to help your image’s story fully emerge. This usually means taking something away, cleaning things up…and that means cropping. I think it’s fair to say that, more often than not, we start with pictures that contain too much and carve out the core picture that deserves to survive, to be pushed to the front.

Sometimes a proportionate tightening is all that a picture needs, so that a large, busy rectangle becomes a streamlined, smaller rectangle. This can clear away extraneous objects like phone poles, wires, extra buildings, any distracting junk that pulls the eye away from the important stuff. But it isn’t always things: it can also be people, surplus bodies which, like extraneous elements of any kind, change the narrative, or keep it from connecting. Think of the picture as a theatrical production and yourself as the casting director. Anyone on the set who doesn’t move the story forward is not playing a part that we need. See the girl at the office for your check, so long.

Does the removal of the extra people compromise or complete the photo’s story?

In the picture above, the cropping seems to create the story of a mother and her children taking in the view from New York’s Highline Park onto a city street below. In the original shot, seen at left, she seems less like a mother and more like just another bystander. The crop has suggested a relationship or a role for her. The woman to her right (in the original), unlike the “mother” figure, is not acting as our surrogate, seemingly looking with us at the scene. She is on her cel phone, and therefore registers as more detached than her neighbor, whose face, since it’s invisible to us, could contain anything we want it to. To the right of the cel user, we see additional people who don’t subtract from the picture, but also don’t add anything. They are extras that we, the director, have decided we don’t need to cast.

Also, structurally speaking, the “mother” is arranged so that the diagonal line from the foreground building to her right seems to proceed into the picture from around the area of her right shoulder, so that she sort of anchors the leading line and sends your eye along it to the street below. None of this, mind you, was obvious in the shooting of the original shot, which is not terrible as a composition, only compromised by the inclusion of information that simply doesn’t advance the logic of the picture. I only use it as an example of how I was able to question the “casting” of the original frame and make a conscious decision to cut away things that slowed everything down.

If you can tell a story with two people better than you can with four or five, ask yourself if you really need them. Cropping isn’t an admission that you made a bad photograph. It’s confirmation that your first draft is worth taking to a second one.