SECOND HELPING (WITH A SIDE OF COMFORT)

The Venus diner, a fixture of turnpike life in Gibsonia, Pa. during the 20th century.

PHOTOGRAPHERS OFTEN FIND THAT SOME SUBJECTS HAVE A DISTINCT VISUAL SIGNATURE. That is to say, they instantly convey precisely what they are. The word iconic means something that stands as the defining symbol for its class and and category, signaling us in a moment exactly what we’re looking at. In architecture, some structures are, in a way, self-explanatory, and cannot be confused with anything else. Thus churches tend to look like churches, palaces kinda always look like palaces, and, for purveyors of twentieth-century pop culture, diners look, unmistakably, like diners. They bespeak informality, convenience, comfort, and, if luck holds, good eats. They also communicate immediate context and poignant memory for the camera.

Diners first appeared on the national scene in the 1920’s as horse-drawn wagons with food, then stretched out to resemble railroad dining cars clad in gleaming Art Deco chrome, all rounded corners, streamlined stainless steel, and mirrors. Lots of mirrors, like the ones in the ceilings, which allowed counter waitresses to quickly ascertain which booth needed a coffee refill. The eateries peaked just after World War II, when casual dining had become a national habit, the joints were finally attracting as many women as male laborers, and diner ownership served, for a time, as an affordable first business move for returning vets.

While most eating establishments are built like any other other structure, that is, on-site, working from a framework which is then layered over with different levels of support or decor, the classic American diner of the 20’s through the 50’s was produced modularly, much like an automobile. Indeed, the closest relative to the diner might be the Airsteam trailer, an edifice built as a single unit in a factory and shipped to its final destination. Over the half-century or so that diners dotted the national map, companies like Silk City, Kullman and Fodero manufactured compact, curvilinear eateries that were trucked, fully equipped inside and out, to their initial locations ready for business. Such was the origin of the diner you see in the above image (a Fordero diner…shout-out to New Jersey), which began its life near the Gibsonia exit of the Pittsburgh portion of the Pennsylvania turnpike. As the place was situated only seven miles from the neoghboring town of Mars, Pa., the diner’s owners decided to maintain the planetary theme, naming their joint the Venus.

Half a century later, another alignment of cosmic forces began to ready the Venus for a second life. Just as it was pouring its last cups o’ joe, the owners of a tony Minneapolis decor boutique called Modern Forage Workshop were getting pretty tired of the wretched view out their store window, which looked across the street to a dilapidated Taco Bell fronted by a seedy vacant lot. Mike Smith and James Brown almost simultaneously hit on the idea of obtaining a classic diner for the spot, but where to get one? Diner manufacturers were a speciality even back in the day, making their restoration even more of a niche skill in the twenty-first century. Smith and Brown sniffed about and unearthed Steve Harwin, a Cleveland tinkerer who had begun his career refurbishing high-end sports cars, then switched specialities when his European pals told him that diners were “the coolest things in America”.

The reborn Venus now doing business in Minneapolis as the Hi-Lo.

Shipped to Harwin via flatbed truck and police escort (wiiiiiide load), the Venus was cleaned, sanded and primped for a second cross-country trek to the Twin Cities. As in the past, the local landscape determined the place’s new monicker, which celebrated the regentrification of both the HIawatha and LOngfellow neighborhoods to be christened the Hi-Lo, opening to rave reviews in 2016 and even opening a kitschy tiki patio around the side in 2018. Recently, my wife Marian and I caught a glimpse of the old girl out the car window en route to St. Paul and decided to circle back for a better look. One very intense plate of corned beef hash later, I betook myself to the opposite side of the street for the same vantage point that Smith and Brown once disdained, later celebrated. It goes without saying that the view is a helluva lot better these days.

And the coffee ain’t bad either.

DURING THE GOLDEN AGE OF SLIDE FILM, I KNEW PLENTY OF PHOTOGRAPHERS who feared the unforgiving quality of the medium. The way that, with the educated guessing involved in many exposures, it was all or nothing. Prints. coming from a negative, could be created and re-created almost endlessly, but reversal film was, with few exceptions, a lot harder to massage. The processed slide was, for most shooters, the end of the argument. You either nailed it or….

Slide shooters became a kind of breed apart, since we had to work harder to coax good results out of our chosen medium. Slide film was, for the most part, a lot slower than daylight print film, so that, on some days, merely framing a shot in shade meant you could reduce your subject to a Dutch painting, mood-wise. A few of us played to that bias as well, deliberately under-lighting shots to boost color or isolate key subjects in the frame….making them “pop.” Others created strange effects by cross-processing, giving the lab instructions that ran counter to the recommended developing for a given film. And a lot of us became self-taught illumination geeks in a desperate attempt to get enough light to the film, causing our families to recoil at the approach of our monstrous flashguns. Their retinas died for our sins.

Now we’re at a place where the camera is really the film, and that film can be made immediately, accurately responsive to nearly any lighting situation. Digital sensors have all but eliminated the need for spot flashes at all, and, as for rendering mood, if you can visualize it, you can pretty much shoot it. At a recent visit to an apple orchard gift shop (hey, it’s autumn!) I came upon an immense table of green and red apple varieties arranged in ready-to-buy bags. The light in the place was pretty meager to start with, but there was still enough of it to over-crowd the shot with background clutter….jars of jams, counters of candies, jugs of cider, peeps, etc. I wanted the warm colors of the apples to carry the entire image, so I started to think like a slide photographer and deliberately under-exposed the shot. That didn’t mean shutting down the aperture beyond f/4, since the place was fairly dark already, but merely leaving my ISO at its lowest setting, thereby telling the sensor not to suck in any additional light. I didn’t have much depth of field, but the somewhat gauzy quality at the rear and sides actually added to the warm nostalgia of the shot, so I kept it.

Again, digital makes it possible to try a lot of approaches to a task within the space of a few minutes, while the moment is there to be seized. You don’t have to physically consume film, shooting twenty frames with different settings and bearing the cost of processing them all in the hope that “the one” is in there somewhere. Cause and effect are compressed into a shorter, workable space, and success increases. To an old slide man, this is salvation of the first order. Now we manipulate the medium instead of the other way around. Man.

PLEASE PLAY WITH YOUR FOOD 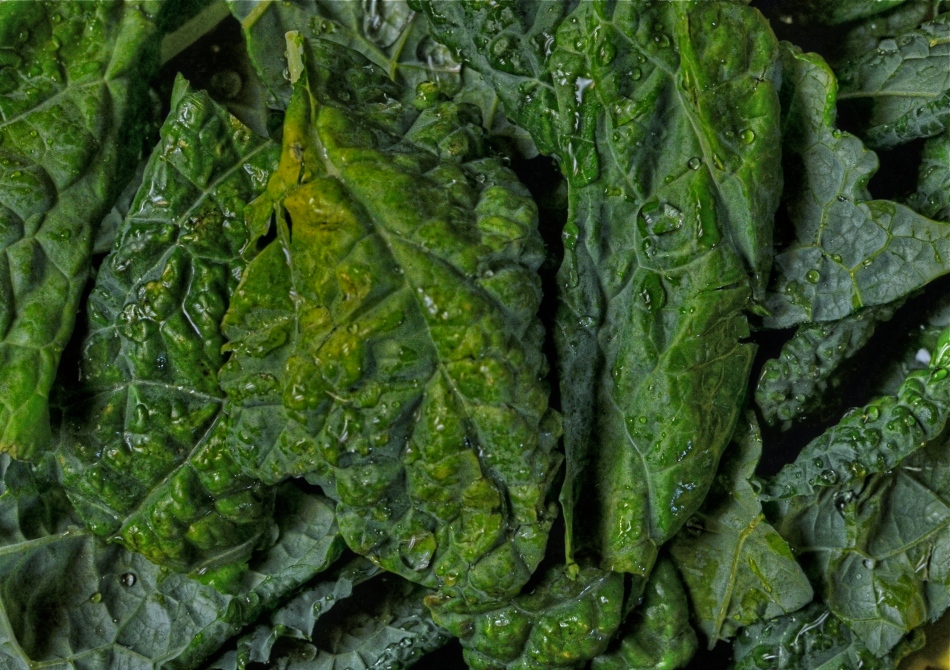 PHOTOGRAPHIC STILL-LIFES ARE THE POOR MAN’S PRACTICE LAB. All the necessary elements for self-taught imaging are plentiful, nearby, and generally cheap. As has been demonstrated perpetually across the history of photography, the subjects themselves are only of secondary importance. What’s being practiced are the twin arts of exposure and composition, so it doesn’t matter a pig whistle whether you’re assembling a basket of oranges or throwing together a pile of old broken Barbie dolls. It’s not about depicting a thing so much as it is about finding new ways to see a thing.

That’s why an entire class of shooters can cluster around the same randomly chosen subject and produce vastly different viewing experiences. And why one of the most commonly “seen” things in our world, for example, food, can become so intriguingly alien when subjected to the photographer’s eye.

Shooting food for still-life purposes provides remarkably different results from the professional shots taken to illustrate articles and cookbooks. “Recipe” shots are really a way of documenting what your cooking result should resemble. But other still-life shots with food quickly become a quest to show something as no one else has ever shown it. It’s not a record of a cabbage; it’s a record of what you thought about a cabbage on a given day.

Many books over the years have re-printed Edward Weston’s famous black-and-white shots of peppers, in which some people “saw” things ranging from mountain terrain to abstract nudes. These remarkable shots are famous not for what they show, but for what they make it possible to see. Food’s various signature textures, under the photographer’s hand, suggest an infinite number of mental associations, once you visually unchain the source materials from the most common perception of their features.

As the head chef around my house, I often pick certain cooking days where I will factor in extra time, beyond what it takes to actually prepare whatever meal I’m planning. That additional time is reserved so I can throw food elements that interest me into patterns…..on plates, towels, counters, whatever, in an effort to answer the eternal photog question, is this anything? If it is, I snap it. If it’s not, I eat it (destroying the evidence, as it were).

Either way, I get what I call “seeing practice”, and, someday, when a rutabaga starts to look like a ballerina, I might be ready. Or maybe I should just lie down until the feeling passes.