ONE LUXURY THAT PAINTERS HISTORICALLY ENJOYED OVER PHOTOGRAPHERS was the pure prolonged incubation time between their conception of a thing and its realization on the canvas. Whatever else painting is, it is never an instantaneous process, something that is especially true for portraits. The daubing of strokes, mixing of paint, the waiting for the light, and the waiting for the model to arrive (take a bathroom break, eat dinner, etc.) all contribute to painting’s bias toward the long game. The process cannot be hurried. There is no pigmentary equivalent of the photographic snap shot. Patience is a virtue.

The first photographs of people were likewise a gradual thing, with extended exposure times dictated by the slow speed of early plate and film processes. Once that obstacle was overcome, however, it became a simple thing to snap a person’s face in less and less time. Today, outside of the formal studio experience, most of us freeze faces in record timae, and that may be a bit of a problem in trying to create a true portrait of a person.

Hello, there. I know nothing of you. Now let me tell your story….

Portraits are more than mere recordings, since the subject matter is infinitely more complex than an apple or a vase of flowers. The daunting task of trying to capture some essential quality, some inner soulfulness with a mechanical device should make us all stop and think a little, certainly a little longer than a fraction of a second. Portraits at their best are a kind of psychoanalysis, an negotiation, maybe even a co-creation between two individuals. The best portraitists can be said to have produced a visible relic of something invisible. Can that be done in the instant that it takes to shout “cheese” at somebody?

And if the process of portraiture is, as I argue, an innately personal thing, how can we trust the “street portraits” that we steal from the unsuspecting passerby? Are any of these images revelatory of anything real, or have we only snatched a moment from the onrushing current of a person’s life? Taking the argument away from the human face for a moment, if I take a picture of a single calendar date page, have I made a commentary on the passage of time, or merely snapped a piece of paper with a number on it?

Painters have always been forced into some kind of relationship with their subjects. Some fail and some succeed, but all are approached with an element of planning, of intent. By contrast, the photographer must apprehend what he wants from a face in remarkably short time, and hope his instinct can make an intimate out of a virtual stranger.

THE PAINTER EDWARD HOPPER, ONE OF THE GREATEST CHRONICLERS OF THE ALIENATION OF MAN FROM HIS ENVIRONMENT, would have made an amazing street photographer. That he captured the essential loneliness of modern life with invented or arranged scenes makes his pictures no less real than if he had happened upon them naturally, armed with a camera. In fact, his work has been a stronger influence on my approach to making images of people than many actual photographers.

“Maybe I am not very human”, Hopper remarked, “what I wanted to do was to paint sunlight on the side of a house.” Indeed, many of his canvasses fairly glow with eerily golden colors, but, meanwhile, the interiors within which his actors reside could be defined by deep shadows, stark furnishings, and lost individuals who gaze out of windows at….what?  The cities in his paintings are wide open, but his subjects invariably seem like prisoners. They are sealed in, sequestered away from each other, locked by little walls apart from every other little wall.

I occasionally see arrangements of people that suggest Hopper’s world to me. Recently, I was spending the day at an art museum which features a large food court. The area is open, breathable, inviting, and nothing like the group of people in the above image. For some reason, in this place, at this moment, this distinct group of people appear as a complete universe unto themselves, separate from the whole rest of humanity, related to each other not because they know each other but because they are such absolute strangers to each other, and maybe to themselves. I don’t understand why their world drew my eye. I only knew that I could not resist making a picture of this world, and I hoped I could transmit something of what I was seeing and feeling.

I don’t know if I got there, but it was a journey worth taking. I started out, like Hopper, merely chasing the light, but lingered, to try to articulate something very different.

Or as Hopper himself said, “It you could say it in words, there would be no reason to paint”. 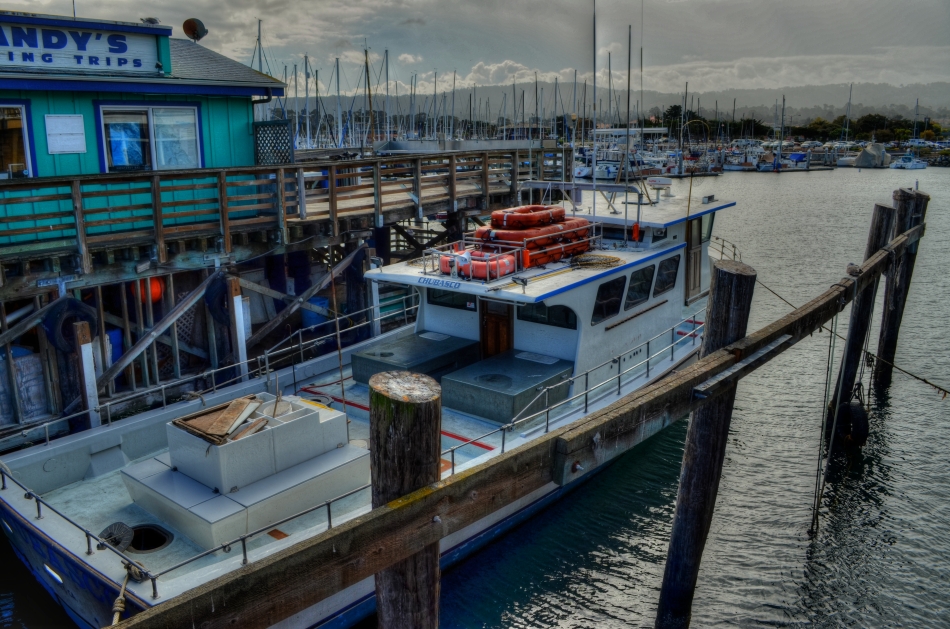 Don’t think you’re paying me a compliment to say that this “looks like a painting”. Or a cabbage. Or a hammer. It’s a picture.

THE INCREASINGLY COMMON USE OF THE WORD “PAINTERLY” AS A GENERIC COMMENT ON CERTAIN KINDS OF PHOTOGRAPHIC IMAGES has got me grinding my teeth, as it perpetuates the use of a term that is absolutely meaningless. Almost as meaningless as noting, or caring, at this late date, whether elements of painting are present in photos. This argument goes back so far that I feel compelled to provide the following “Cliff’s Notes” in order to compress 150 years of bickering into a compact format.  Presenting:

A COMPLETE CHRONOLOGY OF PHOTOGRAPHIC “TRUTH”

a)  We are just as good as painting.

c)  Who said that? We are so not like painting, which is old and tired.

d)  Well, we’re a little bit like it, but we kinda feel weird about it.

f)    Man, I’d love to layer paint on that photograph.

g)   Hey, I found a way to make my photographs look like paintings!

Enough already. We never praise a painting by saying it looks “Photo-ish”, so why make the opposite comment? What visual flavor makes any image fall on either side of an arbitrary line, and who the $%#&! cares? The only comment that could possibly matter is to remark that something is “a great picture”, but even that is superfluous. Does it speak? Did it work? Is there something there? Was anything amplified, simplified, defined, revealed in said picture?

This kind of semantic drift persists because, amazingly, some people don’t think photography is miraculous enough without being laden with little linguistic Christmas ornaments that display their acumen and intellect. These are the same people who fret that processing is “cheating” and that expensive cameras make better pictures than cheap ones, and it’s a disservice to any authentic discussion, like the fact that those who wield brushes and those who wield Nikons can both exalt, or denigrate, the human experience.

You don’t have to paint me a picture. You just have to tell me a story.

NO TEACHER, NO GURU, NO METHOD

Waiting for inspiration. Yeah, how’s that workin’ out for ya?

THERE MAY NOT BE SUCH A THING IN PHOTOGRAPHY AS “STYLE”.

Hmm? Come again? No way for the artist to brand his persona on his output, to accumulate a body of work stamped with his own exclusive, and wonderful, identity?

Well, given the special nature of photography, maybe not. Think about it. We all emerged as the quasi-legitimate spawn of painting. Yes, you can struggle and wriggle, but The Brush is essentially our aesthetic daddy, the most important shaper of our inherited rules on what to look at, how to see. Of course, we were no sooner whelped than we began dissing the old man, saying we were not at all like painting, that our means of measuring the world was distinct, different, revolutionary. The upshot is that the typical artists’ claim to a personal style, an identifiable visual signature, may not be, in image-making, how we do business at all.

Van Morrison (God’s gift to moody poets) summed it all up in the title of one of his classic albums, No Teacher, No Guru, No Method. And that means that, unlike the painters of antiquity, none of us shoots enough of any one approach to the world to claim that any of us has a “style”. Think about your own images. Is every one of them representative of one kind of thought? Or do you, like most of us, flit from one dynamic to another? Are any of you 100% committed to landscapes? Sacred subjects? Abstractions? Street? Cute kitties? No, and none of us ever were.

One of the most frustrating things about reviewing the careers of the greatest poets (there’s that word again) of photography is that there is no central thread, no typical image for many of the masters. What is the iconic signature of a Steichen, an Avedon, a Weston? Review forty years of photographs from Alfred Eisenstadt during his tenure at Life magazine and pick out one picture which defines him. You can’t. There is no Mona Lisa moment. And perhaps there shouldn’t be.

I’ve been shooting for over forty years, and if someone were to ask me to select one image that absolutely represented the essential me, I’d be dumbstruck. And maybe that’s to be expected. The world’s most democratic medium is also democratic toward its subject matter as well. In photography, unlike painting, everything can be a picture. Anything can be plucked out of the continuity of time and frozen for us to ponder, worship, objectify, or loathe.

We are all self-taught, self-created, without antecedent or influence. No Teacher, No Guru, No Method. It should make us feel free, and can, of course, make us terrified as well.

Here’s the central nugget of that freedom feeling: photography isn’t here “because of”, or “in order to”, or “so that”…..it’s just here.

And that is enough.